this is my first post in November. This blog has practically given up the ghost I know. But I am not quite ready to say goodbye to it.

So what has been keeping me away? 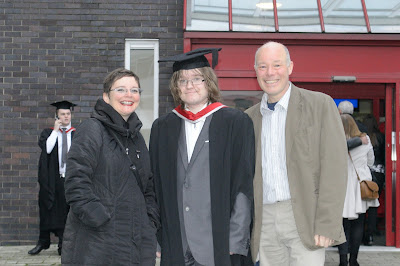 So  what haven't I shown on the ol' blog then? That will be a month's worth of Daring Cards.
Cast your mind back to the first Friday of November - elemental inspiration week 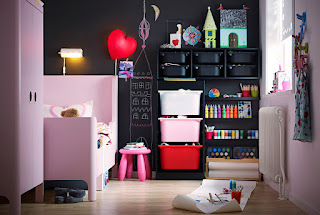 Isn't that a fabulous room? Here is what I did with it 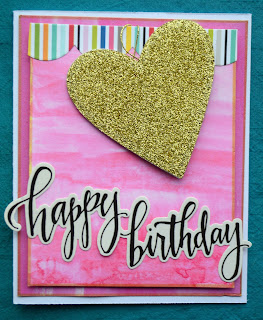 There are several tones of pink so I watercoloured some card using different pinks and also some pink patterned paper. I made a heart which swings (although when I went back to the photo I don't think there is a mobile on there after all!) and was inspired by the paint pots to include the multicoloured strip on the top. The sentiment is in graphic black and white which was also something I spotted in the photo.

Next!
Cuddly huggly creatures a card featuring a cute animal of some kind with extra points for featuring hugs. 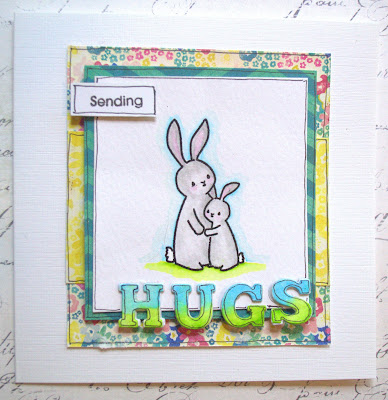 Now this card may look pretty simple but it has been torn apart and put back together SOOOOO many times!
the stamp is from the WPLus9 Wishing You set which was stamped on watercolour card and coloured with Kuretake Watercolour Markers. This was layered up onto various patterned papers. Then I added the black lines. I die cut "hugs" several times and used the pen to colour the top layer. Then tried inlaying the letters onto a white card. it looked pants. So things were ripped off carefully removed onto a new card of a different size. It looked better but kept coming off the second card so it was ripped off carefully removed again and mounted on foam pads. Finally we were all happy :)

Next!
Anything but a card. This task was completed on time. I just didn't have the chance to photograph it in daylight. All my fault.
I have to say  that all the other items on the Daring blog are A-MAY-zing. This challenge really brought out the best in everyone. I was a bit stuck but I did make something that I will use - my Advent devotional book which is kind of a Christian december daily. 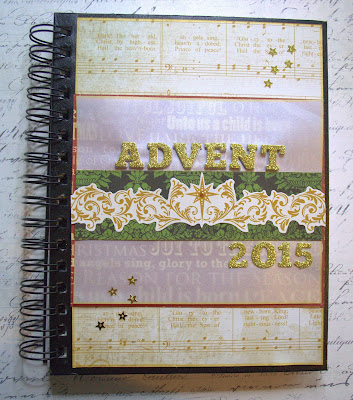 I covered the front of a sketchbook with papers from Kaisercraft Holy Night collection - which I was going to use with my Christmas cards before I realised that I just don't have time to make 70 cards this year. Sad times. I am going to be using a devotion based on carols so I thought the papers and stickers were appropriate. I added some vellum to tone down the word paper a little. The letters were die cut several times including with gold glitter paper (just once for the numbers for variation) and all that was left to do was to sprinkle some gold stars and add a tiny gold gem to the middle of the sticker.

And finally...
this week's dare is sponsored by Bubbly Funk who are now the go-to place for all things stencilly. So guess what the dare is called? Stencil It. So I did :) We were allowed to choose a stencil. that was really hard.... but I went for this one Stencil Tracks as I like to use them mostly as backgrounds. I had a play with two different media - my lovely Pebeo iridescent paints and also some Sparkle Medium. I discovered I only had champagne rather than a true gold colour so while it was still wet I sprinkled some extra fine gold glitter by Ranger all over it. The next day I looked at my backgrounds and decided what to do with them.
Firstly, use it as a background 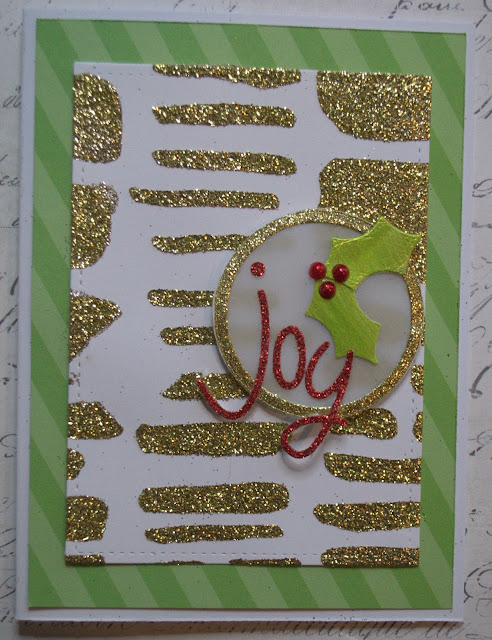 look at that glittery loveliness. The quickutz holly leaves were made using some of the leftover bits of the green painted stencil below. I created small circles from vellum and gold glitter paper and cut another quickutz die sentiment from red glitter card. The vellum piece was mounted with foam pads and everything was placed onto green patterned paper which echoes the paint slightly more in real life. Some very fiddly non sticky gems created the berries.

I also used the stencil with red, gold and green paints, then chopped them up 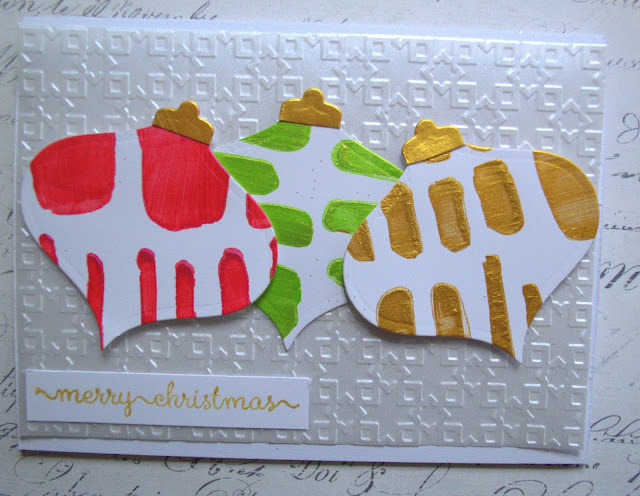 to make ornaments. They really are very shimmery - which is hard to capture 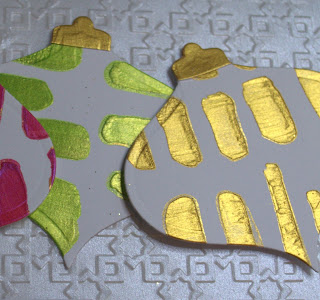 More vellum - this time embossed with a new to me folder (I'm in walking distance of the Range, that is really not good) and a Clearly Besotted sentiment finished it off