it is still Friday isn't it?

No?
What happened to all the time in between?
Oh that is right - prayers/meeting planning/messy church prep/messy church/recovering from messy church/work on service almost all day/wedding/bit more prep/Sunday service/recovering from Saturday and Sunday
And now it is Monday again and I haven't blogged - and it is my turn to host on Daring Cardmakers this week. Oh the shame.

There is a thing that happens when it is your turn to choose a challenge. first you have to think one up - which is harder than you would think. Then you get a bright idea and put it out there before you can change your mind. And then, and only then, do you realise just how tough that might be. And feel that any card you produce is rubbish. Happens to most of us, most weeks! I came up with what sounded like an engaging idea - until I had to engage with it! Although I do think that the rest of the team did an awesome job!
I asked everyone to try and define their Signature Style on a card
Here is my attempt 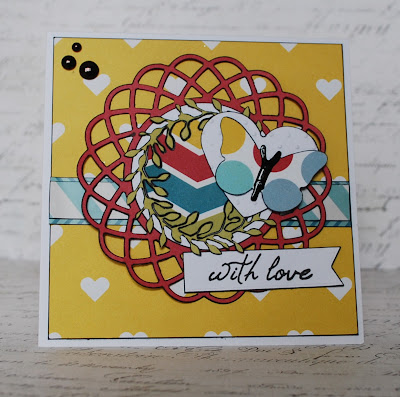 So what do I like to have on a card? Usually a plain white background which usually peeks out just a little bit. It used to have to be a square card - much less so now but I pulled one out for old times sake! A load of different patterned papers - yup - from the new Fancy Pants Wonderful Day (again - I love these papers); Die cuts - there are 7 on this card! Stamped sentiment - usually from Clearly Besotted these days; an embossing folder - and most often this Swiss Dots one; some sort of circular embellishment - the middle of the butterfly was 3 dots of enamel accents but they merged together and so I had to do something different. So i also added some Enamel Dots - which I had already turned black using my most trusty crafting friend - the Black Sharpie Pen
I'm really bothered by the fact that the yellow on the chevron paper and on the butterfly are in the same place when they needn't be - but that is too late to change now!

I have been doing some scrapping in my spare time (rather than cleaning or ironing) and need to actually get round to sharing them on here. 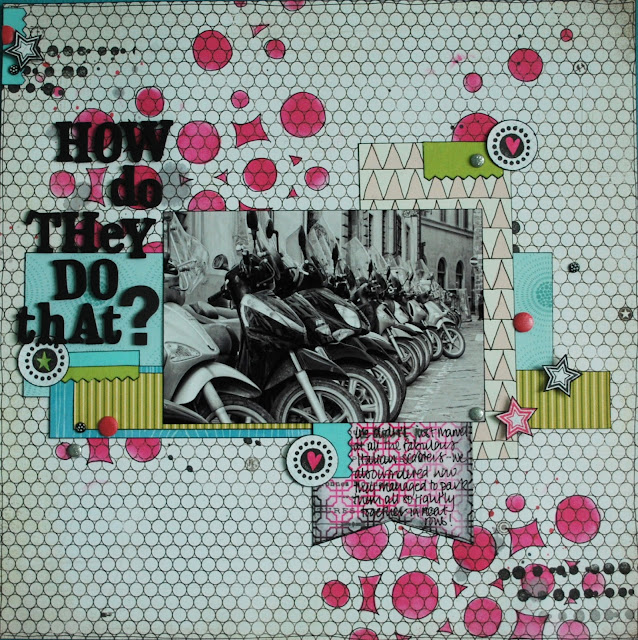 This layout used up loads of scraps of paper and I also did a whole heap of stamping. The pink shapes are from a stencil - having used pink Distress ink I then went round them all in pen. The stars and circles are all tiny stamps (I tend not to use such small ones usually). And I used loads of brads. Funnily enough I made this about a month ago - and this morning finished a layout that included loads of brads and also the Pink Paislee embossed cardstock that I used as a tag (although this time I was sensible enough not to try and write on it). Wierd how those things must have some connection in my mind! 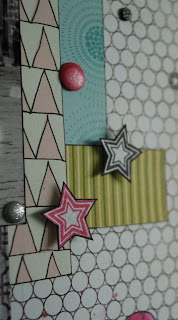 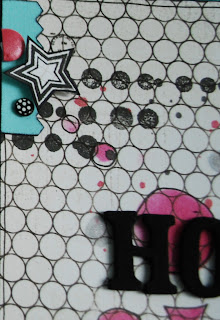 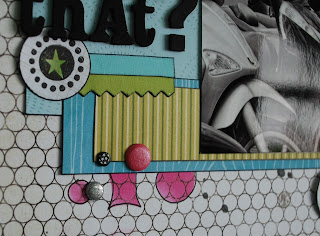 The background paper is a Basic Grey basics. I ought to use them more often as they are fab!
Here is a close up of the smudgy journalling that basically wonders how bikes get parked like that all over Florence 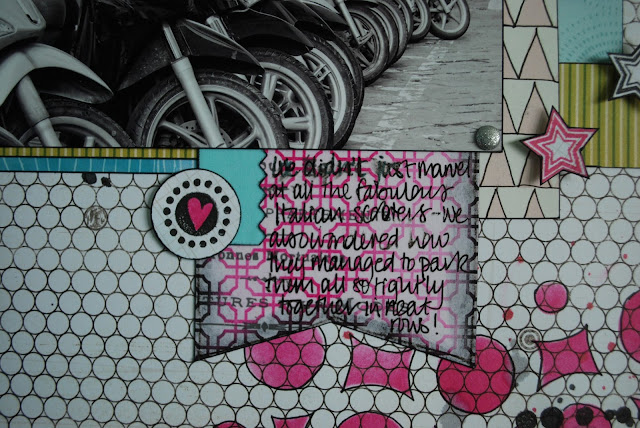 Thanks for your comment ... your dare idea was a real challenge for me! (it's good to hear that I managed to show my signature style)
Your card is great! A "structured" (I mean this in a good way) layout, fun details and bold colours - definitely your signature style!!!

I love your card Lythan, I would say it's definitely in your signature style - I love the way you can combine patterned papers, and the boldness of the black pen against the bright colours and white. I've loved this challenge too, it's nice to think about our style and what items we gravitate to without even thinking about it.