If you have been reading this blog a while and have a long memory you may remember that each February for the last two years we have made the most of Get into London Theatre. From December onwards you can book tickets for most of the London shows in January and the first week of February for half price. Last year it was Legally Blonde, the year before Wicked - which had been my top fave until I was able to score half price tickets for the first week of Singin' in the Rain. We went last night and it was unbelievably good. Oh the dancing! And from where we were sitting you could see how raked the stage was and yet they were hoofing away as if it were the easiest surface in the world. Carys and I are seriously thinking of rebooking for our birthday trip, it was that good. Sadly the "get wet" seats are already sold out for that night (no, I'm not kidding) but I could easily see it again tomorrow.

Which is partly why I haven't blogged my Daring Card this week as yet. Nat came up with the theme of Hearts and Doilies 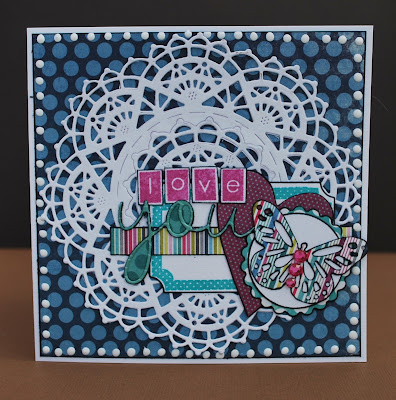 I'm still using up my MME pads. Love this colourway. I wanted a card with a bit of colour and maybe it has a hint too much! The doily is a Cheery Lynn die - it takes a lot of work to get all the bits of paper out but well worth it! I also used a Martha Stewart butterfly punch;  sizzix heart die; Nestabilities circle dies; PTI label stamp and die and "you" die. 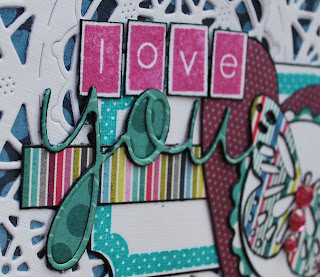 I decided to layer two papers when I die cut the word and liked the idea of leaving the other paper in the holes. The word above was made using Imagine That stamps. Then the whole thing was surrounded by Enamel Accents. 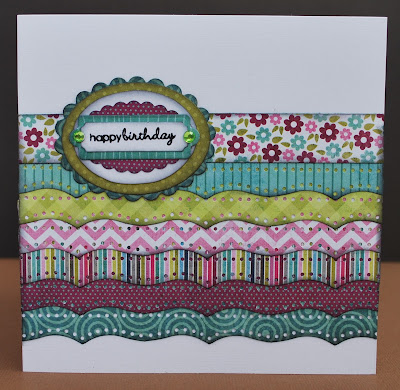 A lot of Martha Stewart punching going on here 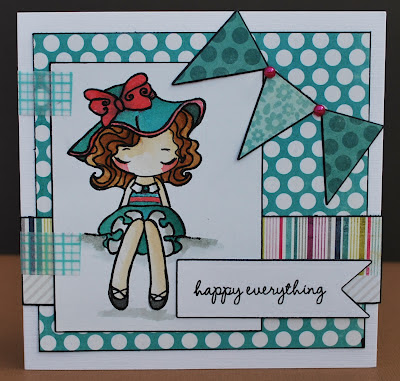 An image I was sent in a swap years ago, coloured in with distress inks

And finally, how to use up all your scraps! 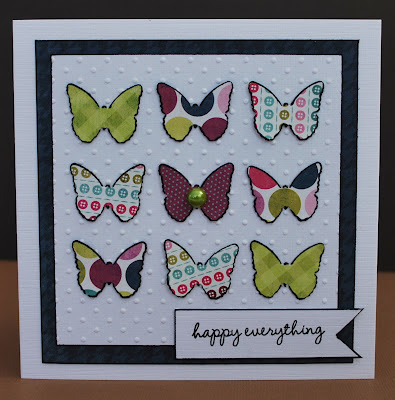 I've only got one service tomorrow and then it is hols time. Much needed as we haven't had a full break since the summer and won't have another full one until next October I don't think (our summer holiday will be taken up with moving!) The story is that of Naaman which is a brilliant one to reflect on. Hope you have a good (if cold) weekend
Posted by Lythan at 8:10 pm

The musical sounds fantastic. I have been to see a couple of musicals in the West End, and would love to go again, but it's a bit of a long way from up north Lancashire! These cards are gorgeous. The doily die is stunning but I can imagine it takes a while to poke all the bits out! I really like your ideas for using up scraps too. Thank you for your inspiration.

Wow, sounds like you had a fab time! I would love to see Matilda, by all accounts it is the best show to have hit the stage this year... who knows, maybe one day. ;)
You've also been a busy bee with these lovely cards. And now I am feeling the need to add that "you" die to my wish list!

Oh, lucky you going to see Singing in the rain. It’s a fab show isn’t it. I went years ago to see it when Tommy Steel and Roy Castle were in it, can’t remember who the female lead was but remember how good the show was.
Bet you’ll all be singing the songs from it for weeks to come now!

Love your cards, the colouring is beautiful. You’ve definitely mastered the art of colouring with distress inks.

What a fab selection of cards, and I love your DCM card - lovely colours. I was really interested to read the story of Naaman too as that's my cousins name and although I knew it was a name chosen from the Bible I've never read the story.