We think everything is working fine now.
Although Carys' route will change in 3 weeks so who knows...
She has very long days (Leaves home at 7:30am and gets home at 6:15 pm) but seems to be enjoying it all so far. 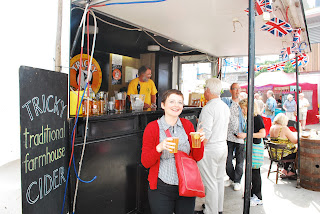 and of course lots of fish 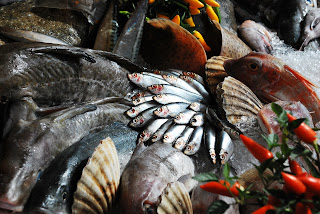 It raised money for 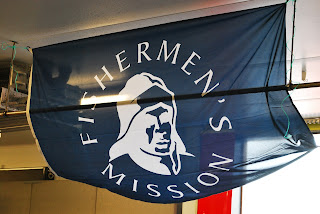 Which does an incredible job of supporting the fishing trade around Brixham. Another boat was lost on Tuesday and the hunt for the Captain has been called off. It is still a dangerous job and the Mission offers valuable pastoral care. We went on board the lifeboat (station soon to be closed at Brixham) and a fishing boat. Boy, that is a grim life 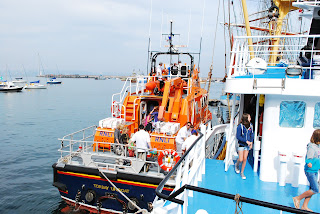 That pretty blue boat is fairly spartan and stinks of fish despite being freshly painted.

I managed to squeeze just one layout into my day on Monday. Monday's just are not long enough!
I used the latest sketch from Sketchbook 365 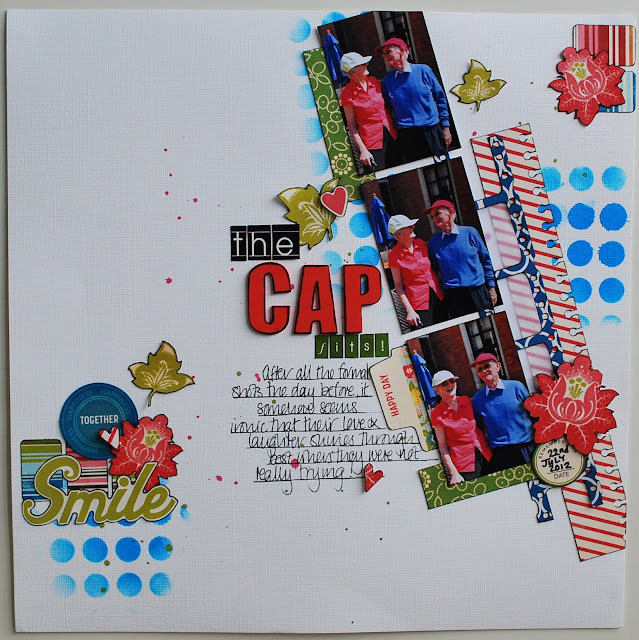 One of a series of layouts about my parents Golden Wedding celebrations. I've not done much with it whilst waiting for them to receive a photobook as part of their present. That is on its way now so I am free to play with the pics! We had done formal shots the night before but they look so much more relaxed and happy in these off the cuff ones with their hats on!
I stuck pretty rigidly (as ever) to the sketch but added masked circles using one of the summer range of Distress Inks. The papers, stickers and die cuts are all October Afternoon Woodland Park. I added some pink and green mist splodges (so hard to leave them off these days!). The letters are American Crafts Thickers, Jenni Bowlin and LYB; I used an EK Success border punch and a Sizzix film strip which I backed with vellum. Two tiny punched love hearts (the other is a sticker); lots of outlining with black Sharpie pen before sticking down, a slick of journalling and my work was done! 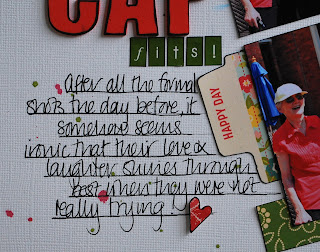 Area Quiz night is on tonight. Am I going to be the loving, helpful Minister or will my competitive streak win out? I have a pretty shrewd idea of the answer....

Certainly seem like your offspring have an aversion to buses Lythan and poor Carys having such a long day. Glad she liking her new school though and settling in.

Your LO is as amazing as ever and I’m loving the bright Blues in it, you’ve managed to match your ink perfectly with your dad’s jumper.

I heard about the Brixham boat on the News, I'm praying for the family. You're right, it's still a dangerous job. 'For those in peril on the sea' is as relevant now as ever.

I hope Cerys is settling in - oh I remember when my kids were going through those times, I think I was 10 times more anxious than they were! They coped a lot better than me!

That's such a beautifully bright page - it's got everything: plenty of pictures and journaling and embellishing. Great take on the sketch!

Aw what a fun layout! like the bright colours too

love your page, the bright colours and flowers. love the different styles of lettering too x

Wow the colours are fabulous, caught my eye straight away. Thank you for taking part in our challenge:)

Gorgeous layout - I love the bright colours - eye-catching but not overwhelming. TFS!