a word which covers both my musings on the election results in Britain today - Labour lost and the Tories didn't win - so what does that mean?
and also my musings on the US phrase "half-bath". Now, although I would never use the spellings, I believe that American English has the more sensible spelling system in many ways. BUT why say "half bath" when you mean a loo which doesn't have a bath in it at all?
Hmmm I wonder which musing is more controversial...

Having planned to stay up late I suddenly came over "oooh I have a lot of work to do tomorrow because I am at an all day meeting on Saturday so better go to sleep". Ah the joys of middle age. (Although I am not quite there yet, a month or so to go!). However I keep getting distracted now by the politicians arguing over who is the winner (I keep shouting at them "none of you are!" but they haven't heard me yet).

So onto other matters. It is Christian Aid week this week - a chance to lift our heads from thinking about local events and reflect on what life is like for others around the world. This year the focus is on Kenyan slums and poor sanitation and the title "from hope to change". It is good to be aware of our responsibility to care for God's children across the world and to give thanks for some of those things we take for granted - and yes, we will be talking toilets.

Craft wise - it is Daring Cardmakers day today. And the first Friday of the month - again! Which means it is birthstone week - and for May it is ...Emerald. Flushed with my success with my square easel card last week I have now made a shaped one for this weeks dare. I had to make a 90th birthday card - well two really as I had to make a large one for the church to sign as well. (Its three 80 ones this week) so wanted to make something a bit special. 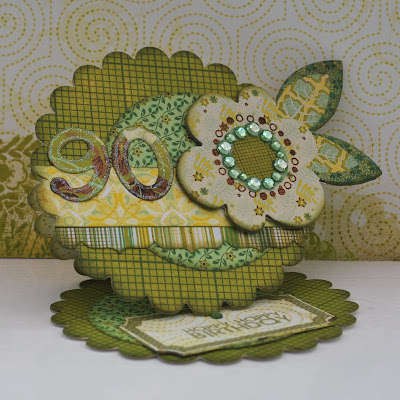 I don't suppose Stan really would appreciate the fact that I used my favourite Basic Grey papers - but yes, there are some Origins on there. And yes, not all the greens are emerald. But enough are for me to decide it counts! I also used Origins chipboard; the largest Nesties scallop circle; a new Fiskars punch; Papertrey ink die and stamp; Sizzix numbers and Papermania gems.

Dcorafts Creativity! 21 is now out. There are some bits by me in it but I feel eclipsed by the talents of the other designers - especially my team mates Jo Kill and Enfys Cashmore (from DCM and Funky Hand respectively) and all the Creativity Life layout creators. Just awesome. Here are my two featured layouts this issue 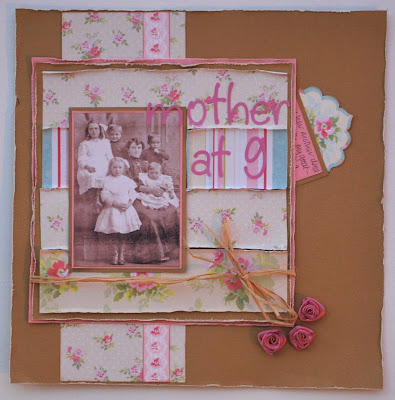 This uses the Papermania Rose Garden Collection, some raffia and hand stitched ribbon roses. The journalling is about how my great-grandmother had to leave school at 9 to take care of her dad, older brother and her baby siblings when her mother died. The photo is of her with her own 5 children so she wasn't put off. I submitted another layout about my grandmother on my mum's side which wasn't used but I can't show you in case it is later. Shame as it was my favourite one of the lot. But I can show you the photo I used which I tinted pink. Isn't she beautiful? 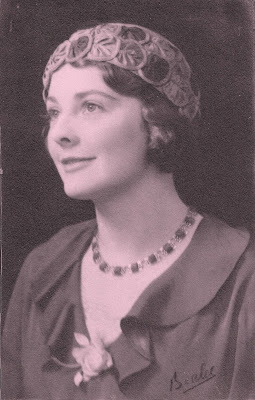 I used a Clare Curd template for the enxt layout 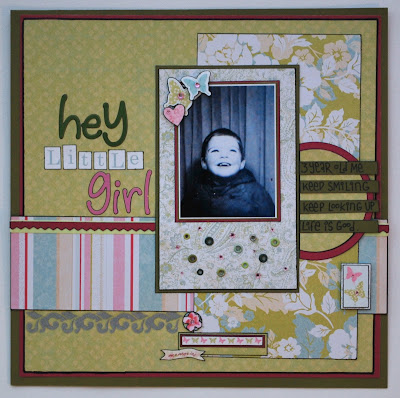 and the same paper range - but in a very different way and featuring the die cuts from the paper pack. That is me. Short hair on girls was "in" in the late 1960's apparently. 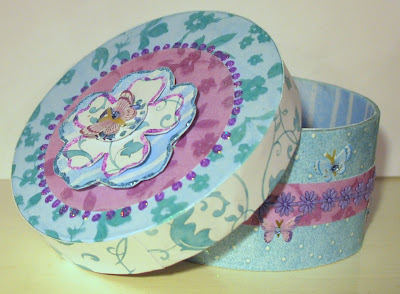 I also did a feature on the Henbury Lane goody bag. This photo is so bad as I had a quick turnaround of the materials and this was taken at about 1 in the morning! SO you can't really see all the glitter and the fully lined box. In the mag there are other boxes which are painted. I think I prefer that look! although those dimensional butterflies are so pretty.

This is my last contribution to Creativity! unless my circumstances change. Its a conflict of work deadlines that has brought that sad decision as everyone at the mag is so lovely and helpful. And honestly, I think there are loads more talented people than me who could do some wonderful work for them. I am carrying on with the Layout of the Week projects every now and then though and have completed one this week WAY out of my comfort zone which actually turned out to be quite cute!

I have a heavy working weekend - and mustn't forget to post my Christian Aid envelopes in Tawny Avenue on SUnday. However your weekend goes - may it be interesting!
Posted by Lythan at 10:26 am

Love Love Love your stunning easel card Lythan - you're so talented.... and you look so much like your grandmother - that IS such a beautiful photograph!

What a wonderful array of creativity here Lythan. Everything is fab. Your dcm card is stunning and will be much admired by all who see it. As for the photo of your Gran, my first reaction was the same as Lynda but then I thought of the photos of Carys and wow they are soooo alike

Your card is stunning Lythan and I have to echo what is said about the photo. Its beautiful and you look so much like your grandmother. :)

Gorgeous work Lythan, and your DCM card is truly fabulous - I love everything about it x

Just having a blog hop catch up - am always inspired by a visit here - love the LO for Creativity (must try and get hold of that). And what a beautiful photo of your grandmother - and you are so like her x

That is a beautiful picture and all your projects are fab (as always!)Have made a mental note not to add 'half-bath' to my vocabulary! :D