And Tuesday is the new Friday

Good grief! I actually started my Daring Card on Thursday night and finally finished it on Monday morning and somehow haven't squeezed in a moment to post it up until now.
In the mean time my parents have come and gone (including a trip to Paperlock Mill 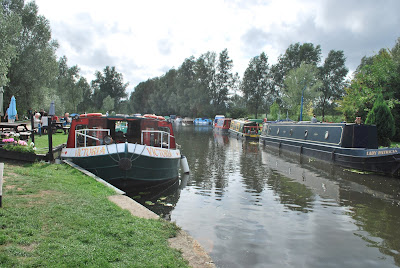 which was supposed to be Hyde Hall only the postcode on Googlemaps tries to send you somewhere it isn't. Very nice though. And Sunday after church we had dad's 79th birthday lunch) and I have squeezed in some work and play.
Oh and Emrys had his GCSE results - 4 A*; 5 A's and 2 B's (I think only one of those is a Dida and I am not sure if it is 2 or 4 GCSE's. Honestly you need to go back to school to understand the results form)

So here we are then. daring Cardmakers theme this week was chosen by Jane - Material Girl - which is about taking inspration from clothing. I decided to base my card on the ruffles that I added to this t-shirt 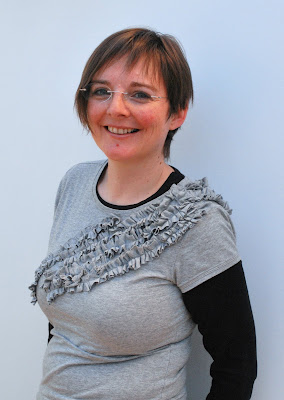 I've done another for Carys since which i think is better. Now it has been washed the ruffles are extra curly which I like!
So i turned it into this... 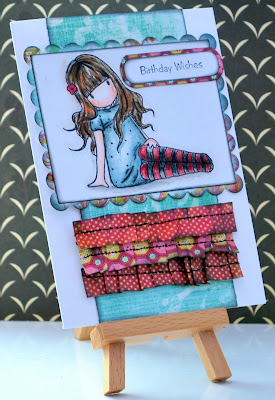 The stamp was bought from Imagine That for me by C arys with ehr own moeny which makes it very special. I coloured her in using Prisma pencils and cut the image out using nestability dies. The sentiment is Purple Onion and was placed where it was because in turning over my image to put adhesive on the back i got an enormous dirty mark on the white space. grrrr. The back paper is Fancy Pants and the rest are from a Basic grey 6x6 pad. I ruffled up the papers and sewed them with my machine before affixing them to the card, layering them up.

I've also had a chance to join in with ONE of the Studio challenges from the crop. Oh if only I lived the kind of life that others do which means that weekends are more flexible. I love Lis' painted frame so wanted to have one to start my holiday album 2010. So here 'tis 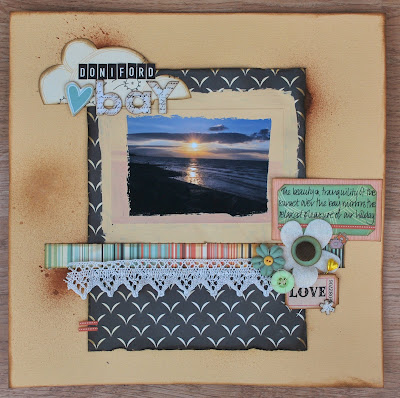 I love the way the dark colours of the photo have come through the paint. The papers are all Cosmo Earth Love with some various other bits and bobs thrown in (Making memories and october Afternoon stickers; Gotta Craft kits embellishments; buttons and flowers etc from stash; Paperchase luggage sticker) 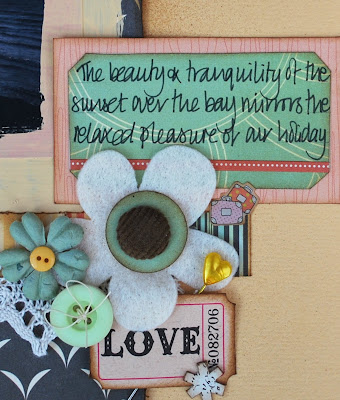 great stuff love the use of mists and paints - I really wish I could use them :(

Beautiful card Lythan - love the ruffles. I've got that stamp too and she is truly 'Gorjuss'

Great page, I love how your title is layered on top of a cloud.

The card is very cute too - I wouldn't have realised that's why you'd put the sentiment there, it looks fine! The ruffles are sweet! xx

So cool! Love it x