Now I'm really back!
I have been rather quiet I know but life is beginning to settle down again - at least for a short while so I can update you on a few things if you are interested 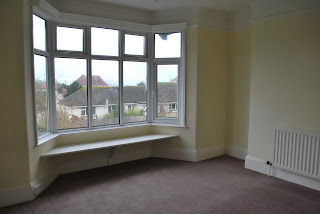 In other news... I had a lovely crafting day with Sue H yesterday. Because of the Dissertation I hadn't had a real day off for a while and certainly crafting for the last 2 months has not really been on the agenda (did have fab Christmas and family time so not all bad! Oh and I did knit 5 scarves as presents. no photos though) 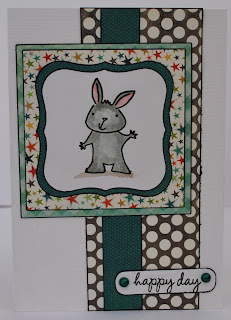 Sue brought me lots of fabby presents including some cute stamps. I made a card with them after she left. Isn't that bunny sweet? I coloured him in with Distress Inks and a water colour pen. I am trying to use up some of my paper pads (as you will see below). This is a MME Lime Twist one. Also used loads of Nestabilites, a Sharpie pen and some stick on gems. 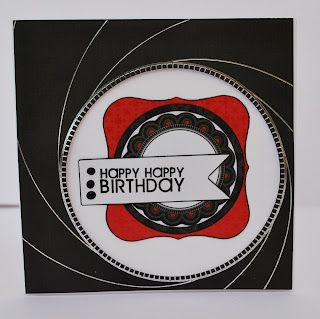 the rest of the cards used a Kaisercraft pad - all black, white, red and silver. This card came about because I wanted to cut the circle out of the middle and then rather liked what was left. The black panel is actually raised on thin foam pads. The middle section is Nestability die cuts plus die cuts from the pad. The greeting is PTI (my fave one for birthday cards as you may have spotted). The black dots are Ranger Enamel Accents. That swirl looks rather James Bond doesn't it. 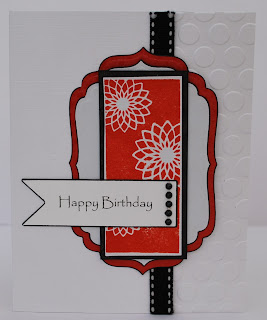 About 2 years ago Emma at Imagine That hosted a PTI party where we brought along our stamps and swapped them. I am now using up the images! You may wonder how I got the whole border of the card embossed when the embossing folders are too small. well, I trimmed it down to be an American length card and problem solved. Also my usual crafting suspects of dies, black pen and stick on gems. The sentiment was computer generated using Papyrus font. 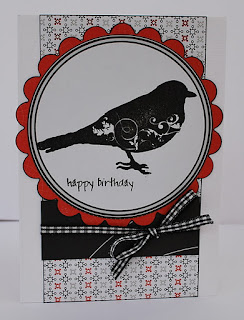 And this is the circle from the other paper. All from the Kaisercraft pad apart from the bird which is Paperartsy and the sentiment which is Imagine That 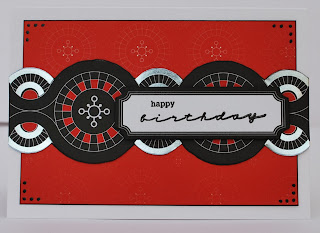 Finally I trimmed a border from one of the card sheets, stamped a phrase onto a die cut label from the pack and added a few glossy pen dots. Simple (good for a man). (not that men are simple)

I've even made some layouts but I shall share them another day - and not in two months I hope!

Incidentally, when I try to look things up in my new home I keep putting TS1 as the start of the postocde, rather than TQ1 and ending up with a map of Middlesborough where Hywel lives. I am obviously still missing him loads
Posted by Lythan at 4:28 pm