British Christians tend not to be demonstrative. (Either that or IN your face - but that doesn't usually go down too well...) So it is always wonderful on Good Friday to be among 100's of Christians, walking together and celebrating the events surrounding Jesus' death on the cross. Because I am leaving Romford soon, I was asked if my church would do the last stop on the procession this year. We go from the Baptists, at one end of town, to the Methodists at the other, via the Catholic and Anglican churches, stopping in the marketplace for the crucifixion scene - all led by the Salvation Army band. My church doesn't feature as we are not on the route, so it was cool to be asked. Except it meant that I was nervous all the way along. I know how the Methodists feel now! I wrote something with 7 witnesses to the cross and the tomb, intermingled with singing "were you there when they crucified my Lord". All the readers (some of whom had 5 minutes notice) were fantastic and the whole event was really powerful this year.

My plan was to come home, take the dog for a walk and then settle to some crafting - especially my Daring Card for this week. But it didn't quite happen like that - I finished my book and then did some decluttering instead. So the card won't be made until Sunday now but I can show (off) two other projects completed recently. 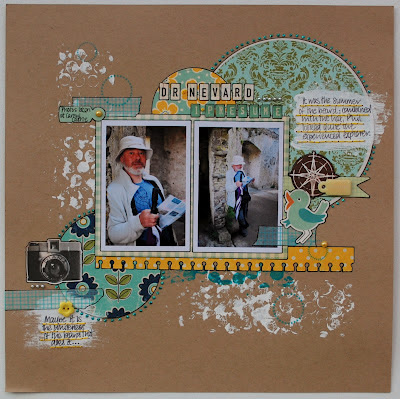 This is for the Scrap 365 sketch challenge. I thought I would try stamping with acrylic stamps and paint. Not sure I've quite got it yet! The big pre made circle is (I think) Lily Bee and the other papers October Afternoon. I found some Purple Onion circle stamps and decided to add a painty section for my journalling. It looked terrible until I decided to add some hand stitched lines and (just about) rescued it. Phil has been clean shaven since the summer and I had forgotten what a white bushy beard he had! 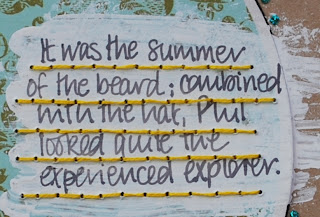 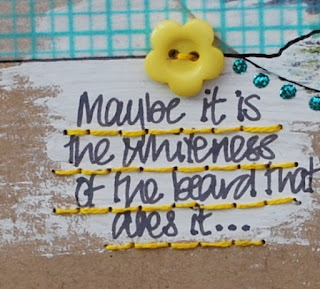 The second is for a Shimelle Sketch Challenge. Again I used October Afternoon papers which means it is all rather in your face! 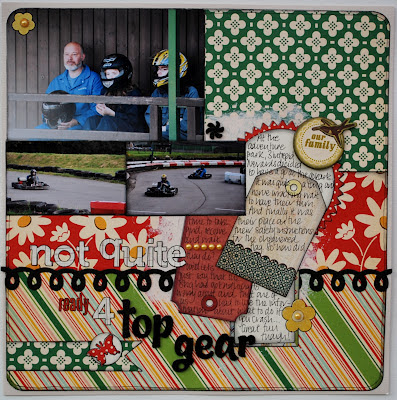 I do like the layering of random tags to write on so I may well try that again. The black loopy thing is Bazzill. Looking at the two layouts together suggests I rather like yellow at the moment... 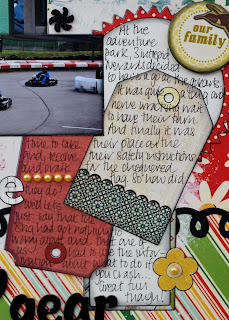 And experimenting (still unsuccessfully!) with paint.

Well tomorrow is Easter Saturday which will involve writing part 2 of a sermon, Card Club  and gearing up for three services by lunch time. Holy Week is fabulous but there is a lot of it! Happy Easter

lovely LO's think the painting is fab too an expert!!