The very lovely and highly talented Kathy who is one of the founder members of Daring Cardmakers also acts as unofficial prodder in many ways. One is making us talk to each other regularly. (We do love each other loads we are just all super busy) Anyway, she poses a daily question during the week. Today's was "what are you wearing". As I described my outfit - mostly black with a red/light grey/dark grey/white/black top - I realised that I am basically wearing this months Daring colour combination 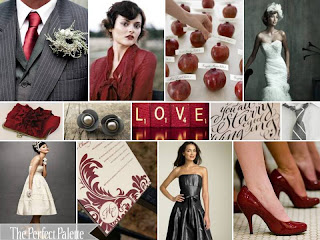 This is the combo that Kathy found for us
This is not my dress but it is remarkably similar - by the same company (Purple) that sell through Dorothy Perkins. I love their dress/tops 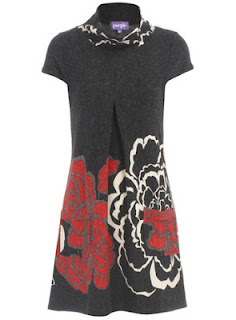 If I could find that dress I would buy it too. They always have interesting details on them.
I still feel a bit silly :)
Thatnotwithstanding (one of the best words ever)
here is my card 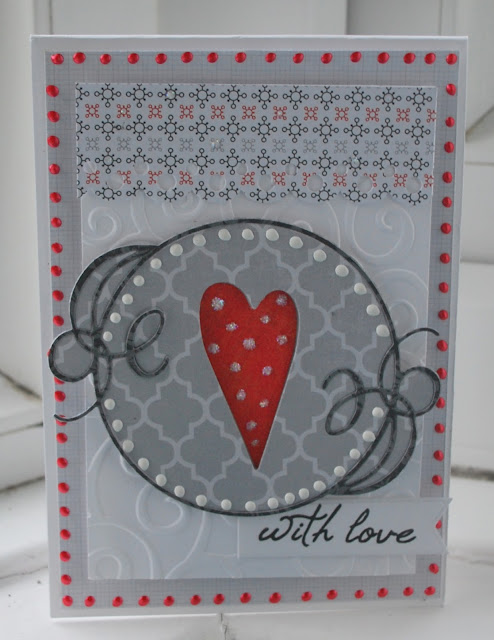 which didn't quite go as planned. I think that my decision to be brave and not line everything with black pen meant that I don't like it because there is no black outlining...
I used an A4 cardstock cut in half and folded so it opens the tall way. I found some Echo Park papers and also some Kaisercraft ones in the right colours. oh and the heart i the middle is cut from Basic Grey. Hey 3 companies on one tiny card - not bad. I also used a QK heart die and a new Memory Box Chesapeake circle die which I cut from two sheets of heavyweight cardstock at one time and gently eased out most of the top layer to let the lighter grey show through. The white panel uses one of my favourite Cuttlebug embossing folders. The stamp is Marian Emberson, cut using a Dienamics Fishtail die. I then mounted the white panel on foam pads and the grey panel on more pads. I thought as I would give this to Phil for Valentines this would be ok. I have however forgotten to hide it so it is all slightly less romantic...
Much less romantic than the flowers and card I got for St Dynwen's Day (the Welsh equivalent of St Val. I didn't even know when it was)
I also used Liquid Pearls, Stickles AND enamel accents. Overkill? 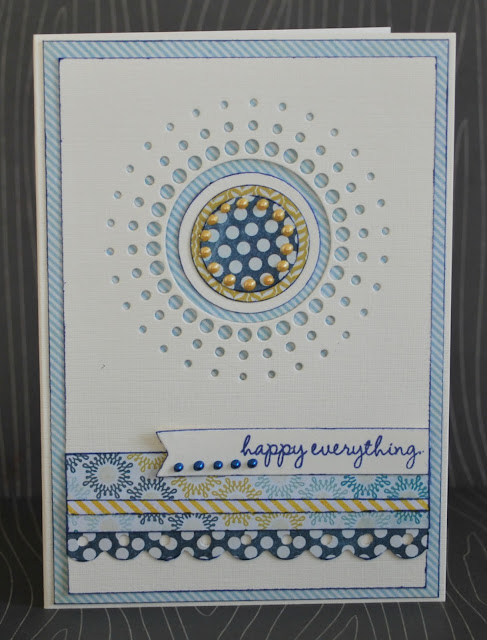 Here is another card made recently using a new Memory Box die - the small sunburst. Oh so cute! The papers are all MME

Spot the other new die... 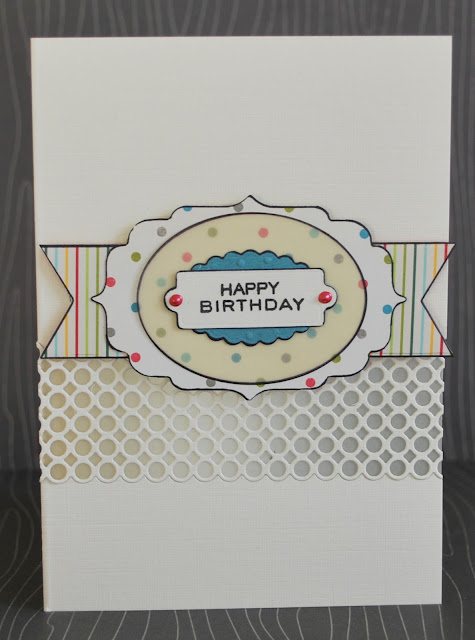 I have a rather lovely Simon Says Stamp die that cuts a shape into the card. I thought this die would do the same. Imagine my surpirse when that mesh part came away in my hand. Then I remembered the crafters new old best friend - vellum. I used some behind the cut out part to stick it back in again and used some more as one of my sentiment layers, along with some old scraps of paper. Note to self - black outline (or blue as on the card above) makes everything better. 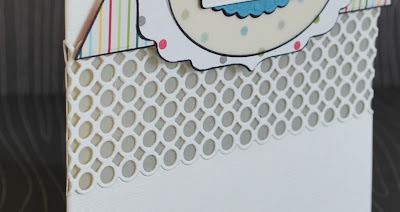 It could almost have been deliberate...

I've been writing this blog post as I recover from Messy Church. Actually it was fab tonight. we gave the kids an idea of what to do and they ran with it. It was the rather abstract concept of drawing a road surrounded by things like forest, sunshine, the sea, a cave, mountains. The idea is that during the 40 days of Lent they reflect on each day and write the number next to the picture that most sums up how they felt that day. And most of the kids aged 6 and over really got it. And even the ones younger loved drawing the shapes ("squiggle, squiggle" "thats a cave in the sea" "I'm dwawing a weely big wiver" etc)

I did the double of doing a craft and leading the worship part. Thinking about Lent, in the Messy Church book they likened Jesus stay in the desert to Big Brother. But it hit me that with the tests and everything it is much more like "I'm a celebrity get me out of here" which has my brain doing all sorts of things and really looking forward to preaching on the temptation in the desert already.
But first this Sunday which combines the reading that everyone knows that isn't the 23rd Psalm - 1 Corinthians 13 (all about what love is), with Jesus telling people that even in the Old Testament it wasn't always the Jews that were God's priority and his hearers decide to throw him off a cliff. (Spoiler - he escapes). So a lot to think about and not much written as yet.
Tonight we watch the last episode of Buffy Series 2 but I am not sure it will be much help!

Lythan, you always make me so happy with your lovely comments on my blog: Thanks so much!
It's amazing how much energy and effort you can put in your job AND in your crafting. Your cards are great. I especially like the colourful "Happy Birthday" one. But the card with the February colours is nice too. You used so many patterns and structures but with the neutral colours + cranberry it doesn't look too "wild" =).

I love that you gave a spoiler warning about Jesus' temptation in the wilderness! I suppose it'd also be an Easter spoiler - perhaps the best spoiler ever!!

Have a good week!

The spoiler alert made me laugh. I also always think a bit of outlining makes cards (or pages) better :)