Once, when I was in Junior School (so could be 40 years ago) (faints at the thought of how decrepid she is) we were given a test paper to do. It involved all sorts of strange tasks like "underline everytime 'the' is used" or "cross out the third question from the top". The last task was "ignore everything else you have been asked to do on this test". i.e. Don't just leap to answer everything, read the whole paper first.
Have I remembered this?
Clearly not (it is my age) because I failed to read the Daring Cardmakers Challenge all the way through this week. Miri gave us a great dare "No Scissors Please" and I immediately got to work creating a card without using scissors.
Which is fine except that if I had read all of what we had to do I would have noticed the other part of the challenge "Decorate a card blank without using scissors or a paper cutter/guillotine."
so I went merrily on my way and used my paper trimmer anyway.
Sigh.
So while I am confessing
1: the background technique I saw on someone's blog this week and she linked to a youtube vid that someone else had done and I didn't save either name. (Basically you smoosh a bit of distress ink onto a craft mat and then add a tiny bit of embossing paste, mix it together et voila, coloured paste
2: I did use my scissors to trim round a backing piece of card for my butterfly then realised what I had done and thought "you eejit" and threw it away.
Apart from that.... 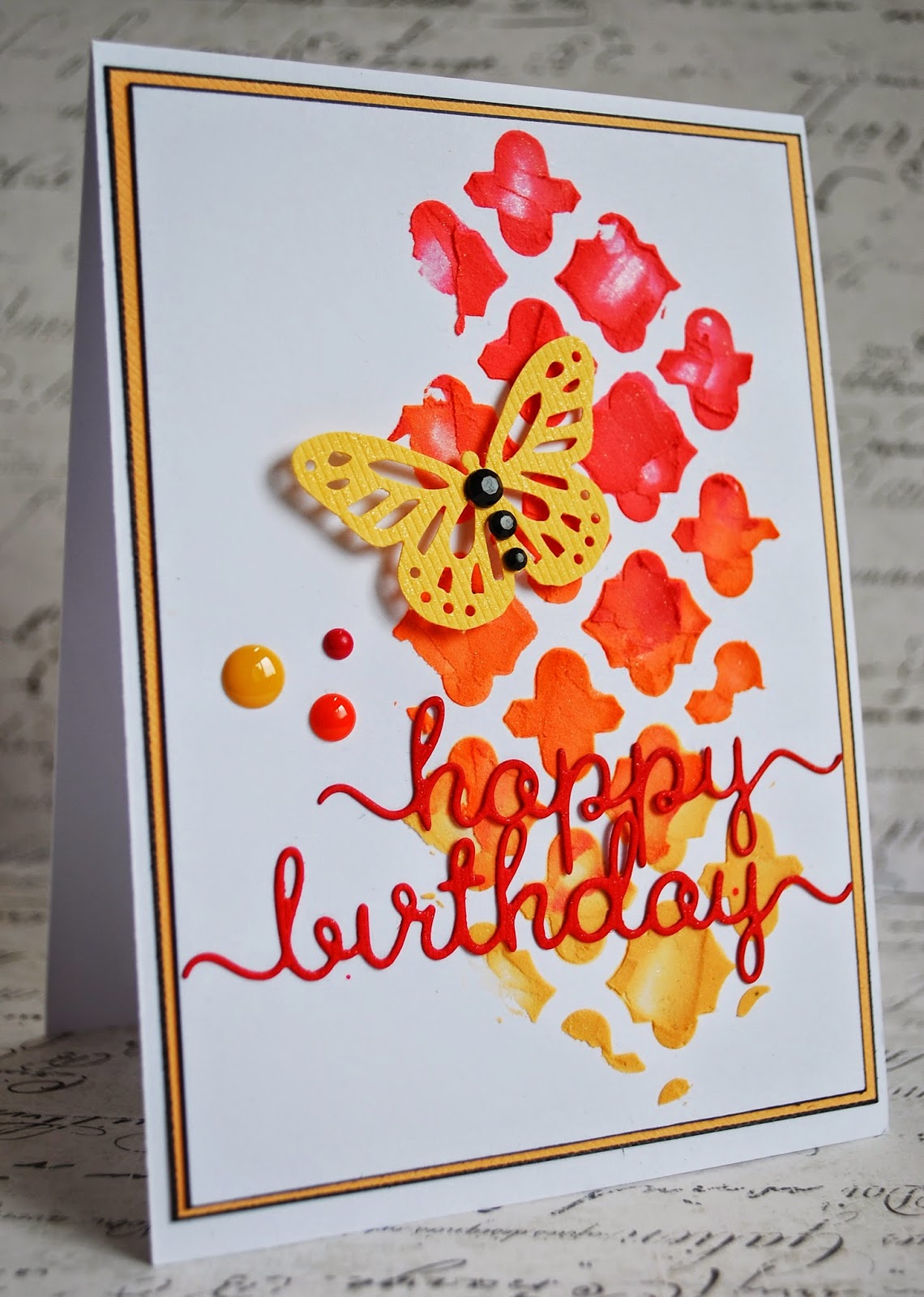 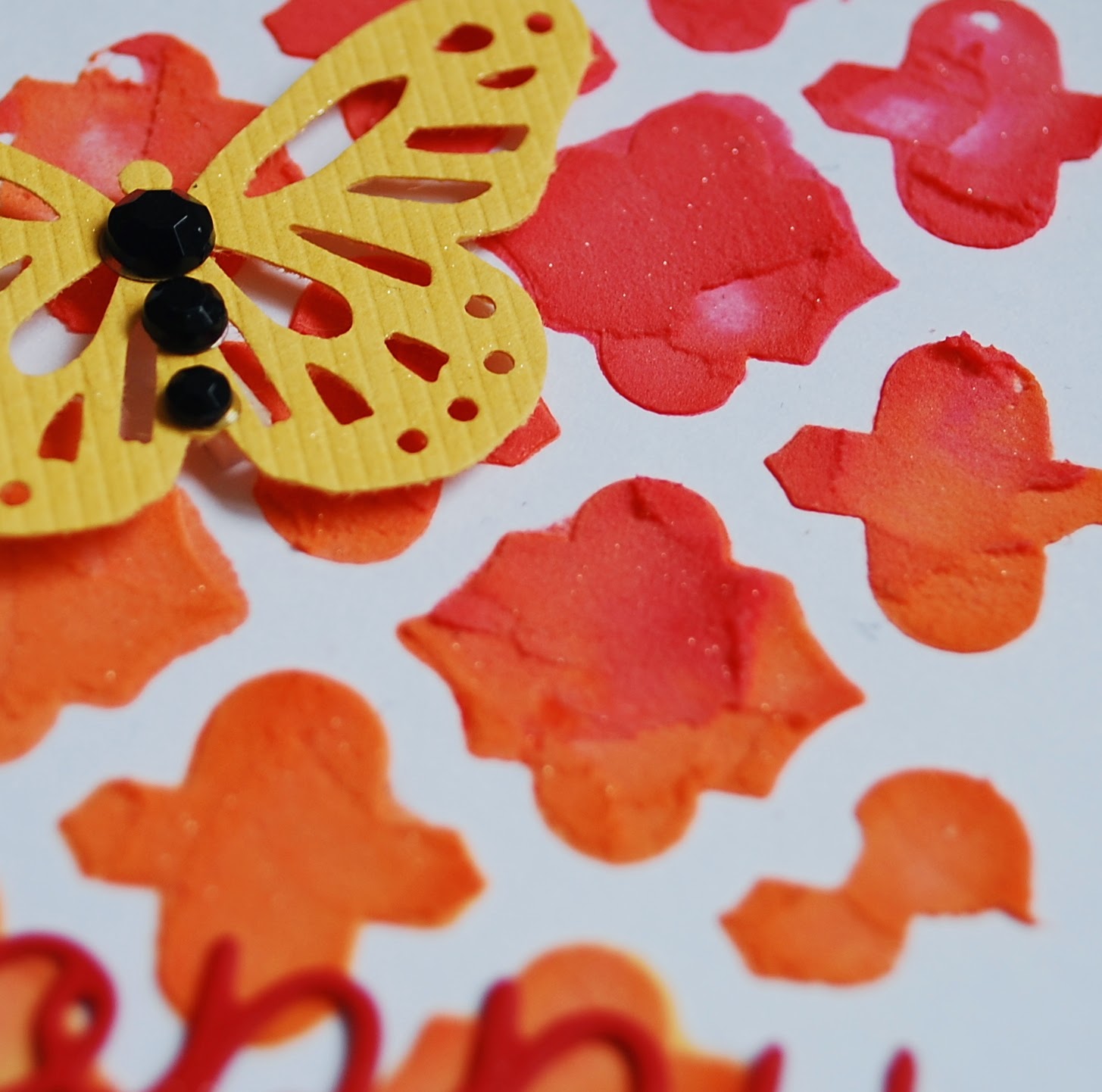 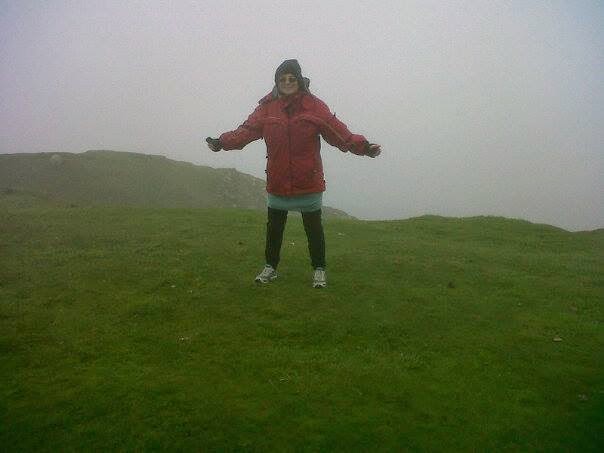 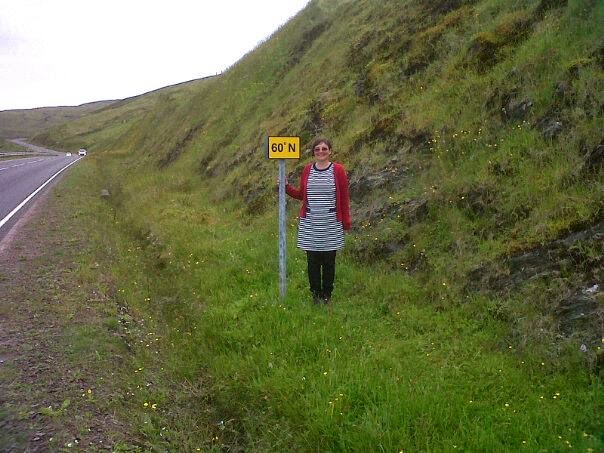 the next latitude up is the Arctic Circle.
(Just behind me in the first photo are lots of puffins and guillemots apparently but you could only see a few metres in front of your nose that day)
I have been on my epic journey from Torquay to Holy Island onto Shetland and back. I have been welcomed by good friends and chatted to strangers. I have travelled by train (really want to do the Tay Bridge by train again - that was awesome), ferry (12 hour crossing to Shetland plus 2 ferries to get to Unst!), taxi, plane and coach. I am still trying to get my head round it all and really rather wishing I could do it all over again. But I have more adventures on my Sabbatical to come!

Don't worry, Lythan. I would fail that "test", too =).
Your card is very beautiful and I love the vibrant colours you used!

It sounds like a fun journey. If you had started in Cornwall a 1 1/2 hour drive south ot Torquay, at Land's and/or stoped by Lizzard Point you would have done the whole GB from south to North. It is great to read about your vision of next latitude up is the Artic circle, but for us who live in Norway we still have 61st 62nd and 63rd latitude and so on. The Artic circle has no other significant meaning other than being the imaginary line of how far south the midnight sun reaches at midsummer day, and how far south the sun is below the horizon on the 21st of December. The artic circle is about half way up in Norway where people live as far up as 71 degrees North. I live in Bergen which is about 60 latitude north and we have had a a few good week with temperatures in the 30'C (or the 90'F ) so now tou know where to visit next time, the fjords of Norway :)