its back to work I go...
and it's about time I updated.
Got back from hols Monday - 7 and a half hours of driving straight around from Dumfries.
(hurray for mp3's that you can play in our car stereo. 6 series of 'old harry's game', half of 'revolting people' and the whole of 'Thud' by Terry Pratchett (unedited about 24 hours of genius) over the holiday. )

Tuesday was washing and unpacking and washing
oh and Hywel's 14th birthday which meant his friends coming round for tea (my baby - 14!)

Wednesday was card craft heaven - last day of hols meant making some cards. I took my zipemate on holiday and made up some cows, cars and chickens. (and handbags but that would have spoiled the alliteration) so I've been busy sticking them on. I had to send some today and got them through the perspex of death at the post office with nay bother (fortnight in Scotland and I can talk the lingo see. Och ay). So I know that brads, ribbon thread things and thin sticky pads are still ok. Phew!

Thursday - looking at the paper mountain that was my desk and the full diary for September and sighing. But no more excuses for not updating either
I haven't edited all the photos yet you will be relieved to hear.
On the down side that means that you will have to be looking at them for the next few weeks.

(Side note: as a family when I was in my teens we were invited round to a house to look at some photos of a holiday. My parents thought the invite implied food. Oh no. Just 3 hours - and I do not exaggerate I'm afraid - of slides and some very rumbly tums).

Southerness is on the edge of Scotland. You can see the Lake district on a clear day. Actually you can see it on a foggy or rainy day too but not as well. 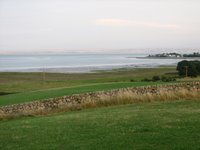 Strictly speaking this is the view from Drumburn just up the coast but I think that is England. It kept moving and confusing me. Or maybe i was moving. still confused though 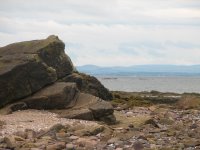 This is Southerness beach, just down from the campsite. Lovely rocks, romantic lighthouse and squelchy, muddy sand which is what the fambly liked best

I was able to take lots of aforementioned photos - mostly thinking "that will make a good scrap page" and lots of arty shots too. 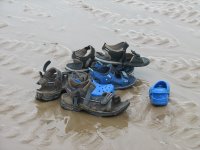 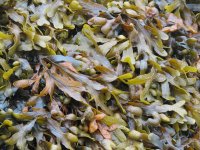 but I did join in honest...

and I was going to show you but blogger is playing up s you'll just have to take my word for it for now. :)
Posted by Lythan at 8:17 pm

love the shots of the shoes ! lol! great to see you back blogging Lythan ! I missed you !

Welcome back Lythan, I missed you.

Glad you had a good holiday, I guess you'll be into a scrapbboking frenzy now...