I had big plans for this afternoon... but after a long morning following a nervous evening before I got a tension headache and I know the only cure is sleep. So I went off for two hours and feel much better now. Just all that craft time WASTED!!!!

Last night we had a surprise party for Dave who retired after 28 years as our Boys Brigade Captain. As Minister I get to be Chaplain. Most of the hard work and planning was done by everyone else but I wanted to d my bit for the entertainment so wrote a version of the South Pacific Song "there is nothing like a dame" . I thought it would be easy - just replace Dame with Dave. But of course Dave hasn't got womanly curves or attributes so it had to be radically rewritten. And practiced. So in the end I was really nervous. But me and the boys manged to pull it off in the end. Dave had a fantastic time, it was a brilliant evening. Just tiring.

Today was worship. I don't know how teachers do it because doing just that one hour leaves me drained. We had church meeting afterwards which doesn't help. We also had one of those Sundays when you start with 5 (I exaggerate not) and end up with 16. Interesting times...

I can show you some cards I finished last week though! These are all using the Self Addressed December kit. So I don't spend my whole time on my own in the Conservatory i often make up a kit to take into the other room. I still have to run back for a few bits but it is a challenge to use only what is in the box. 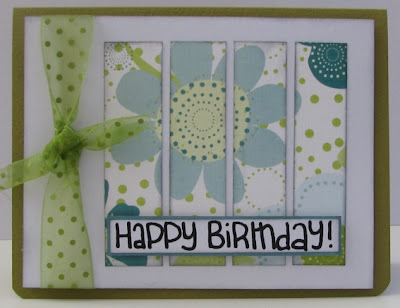 This card used a Tamara template.
I love them because they are not too fiddly and produce good results. Well maybe not this one, there is a kind of flower in prison vibe going on! I love the ribbon though. ANd wish I had run back for my corner rounder... 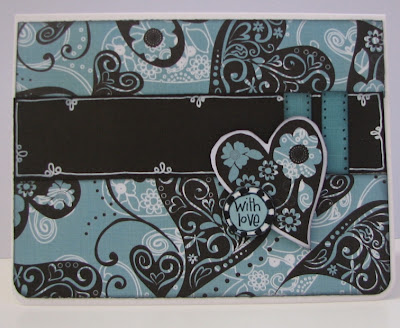 Another Tamara template. Just added ink and doodling. There is some Jo Kill check action going on round that "with love" - I can never thank her enough for introducing that on her cards as it brings a little funkiness wherever you see it! 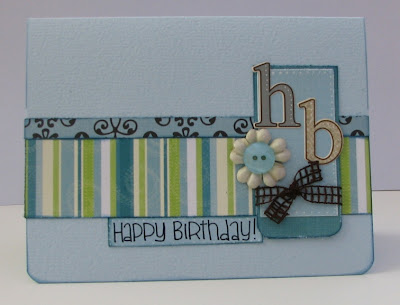 I just added the flower and button. Everything else comes in the Self Addressed kit. I am actually thinking that I might stop getting the kits. I need to reign in my craft spending a little bit. But I haven't done it yet it will be a hard decision as it is a fantastic kit and even if I haven't fancied the look of the papers, when they come all the bits and bobs that come with them just make them brilliant to use. Oooh hard choices. Might sleep on it a bit!
Posted by Lythan at 5:57 pm

Gorgeous cards Lythan, and I love the Jo Kill influence!

gorgeous cards - v embarrassed at the above mention...

Been thinking the same about SA kits Lythan, but it would be so hard to stop getting them and really, they don't actually cost that much - especially with the exchange rates atm.....

Love all these cards - I must admit, you always do much better with your kits than I do - I get a lot of inspiration from seeing what you do with yours while mine just sit there looking at me