Sigh.
At least I'm still in my early 40's! And I suppose my oldest child is nearly 16 so it is all to be expected. And there are people my age who are grandmothers. So I ought to try and embrace it. I'd much rather be who I am now than when I was in my teens and twenties. I'd just prefer that the numbers were different. Still, its not earth shattering so I'd better just suck it up!!!

Anyway little C and I had a lovely birthday. 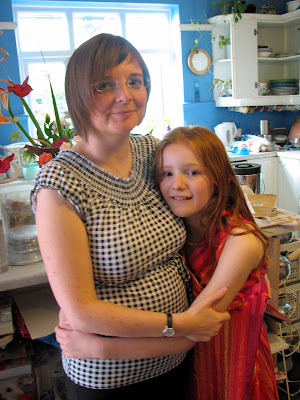 We shared breakfast in bed - there are photos but trust me - you do not want to to see them!!!! We had some lovely presents. One of us had some wool, a share in a cow in a local farm, 2 DS games (Game had a bogof the day they were ordered!), a tamagochi and some Playmobil (it was on the list - next year it is more likely to be make up and clothes). The other had a Dreamkutz, some candle holders, Empire magazine, crafty goodies and a book of her Salt dares.
Can you guess which is which? Mmmm v. hard I expect.

After the service in the morning there was just time for quick lunch before Carys' friends arrived and had fun mostly in the garden for a few hours. We have a fantastically big garden (I hate gardening so it is wasted on me). I think I take for granted the space that we have really, but other children love to swing on the tree swing and bounce on the trampoline. My plan for the day was to NOT have to supervise the event. And my dream came true - I got to craft instead. I had had plans for the day but they were changed for something more exciting and nerve racking that I will tell you about another time... (Sorry - I hate when people do this, but I have to!)

Sunday was also spent recovering from my wedding on Saturday. The bride was TWO HOURS LATE. Which I will never let happen ever again (there will be a deadline apart from extraordinary circumstances). Absolutely ruined my day - and that of everyone else in the church that was involved. 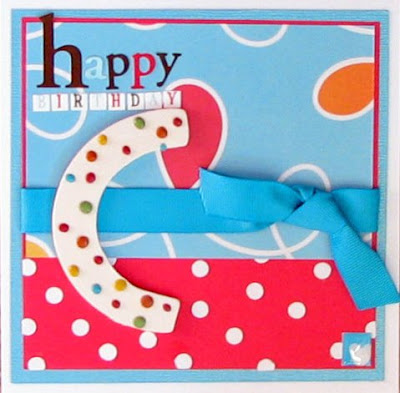 White square card. The papers, little heart in the corner and the clay "C" are from an old Self Addressed kit. I added white dots to the red Bazzill. The stickers are American Crafts and Adorn It.
Here are some of the hand crafted cards we received... more to come next post! 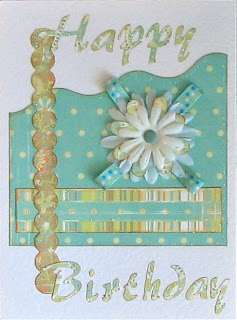 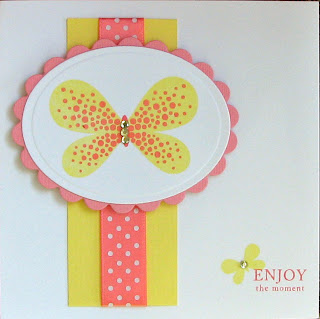 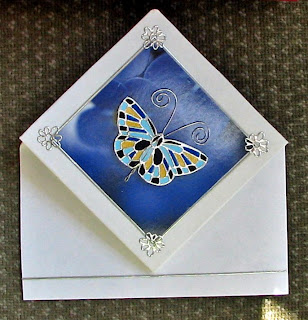 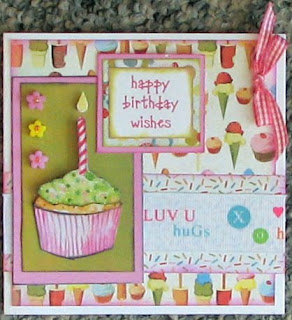 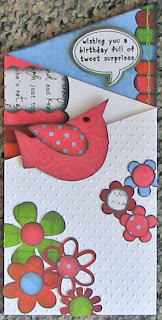 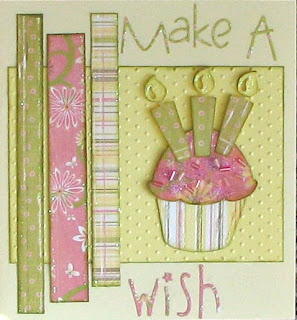 Many happy returns for Sunday, hope you both had a lovely day! You got some gorgeous cards, isn't it fab having crafty friends?!

Belated birthday wishes to you both. Glad you both had lots of goodies and you had crafting time. Love your card for Carys - how did you get the dots so neat? Some great cards you received.

They are all lovely! aren't you lucky!

It's me again - please look on my blog for details of an award I've given to you.

Sorry I'm late with this but I've had such a crap week, as you know!

I'm glad that you and Carys had a lovely birthday and you had some lovely pressies.

Can't wait to find out what this 'dreamkutz' thing is!