Not only do I hate the fact that students now have huge amounts of loans, not grants like in the olden days. (Although actually a wee bit of a loan is not a bad thing as it reminds students that it is not all about partying - but I would rather it was seen as a Student Tax)
But I hate the kerfuffle every year about signing up to support students and the way it makes me feel so stupid.

I think part of the struggle is that you have parts of the online form that are about the past (need the 2011 P60) and parts about the future. How many dependants do you have in further education. Is that now? or in September? and is that sixth form or university? It all feels a bit existential somehow. Anyway Phil (who is on study leave this week) has been tasked with discovering the answer. Could that be because it involves actual phone calls? (Maaaay-be, as Carys would say)

And there is the realisation that even with all of this loan (and tiny bit of grant) that the kids get, there is still an unwritten expectation that parents also contribute. I may have mentioned this before, as when we went to Hywel's student loan presentation I noticed that the amount that the lowest income students were entitled to was greater than the sum of loans and grants for living expenses that other students would get. And where would that shortfall come from? Well either getting a job (in Middlesborough? Lets save those for people who need full time work in the city with a huge unemployment rate) or the bank of mum and dad. Fortunately the boys are clean living, modest hermit types so they will manage ok. But still....

Rant of the day  over with.
And here is my card of the week 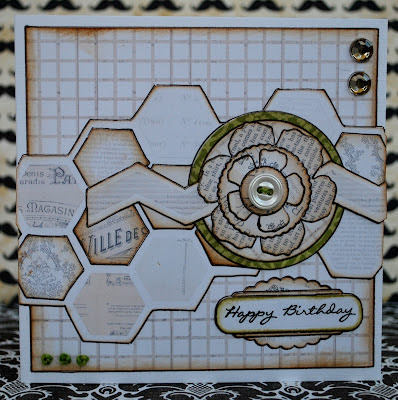 Leo set a fab dare for Daring Cardmakers this week "Tesselation" (which has got me singing the Record breakers theme now). I found these amazing free download patterns from Melstampz which I used for the card. I printed the hexagons out twice so I could cut some out and stick them on top of the first sheet. I wanted chevrons too so trimmed one from that pattern. The flowers were die cut using Tattered Florals and nestability circle dies. The green paper is from Echo Park. I decided a few more green accents were needed and so added some green thread to a vintage button and sewed three french knots in the bottom left corner. The sentiment is from a new Imagine That set.

Here are two more cards made this week 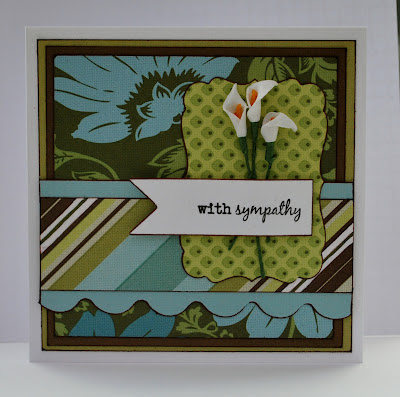 This card is for a friend whose mother has died. The diagonal stripe paper originally had a pink stripe which jarred so I coloured it white with gel pen. I was only going to use one lily but it looked a bit bare. The papers are K and Co and the sentiment is PTI 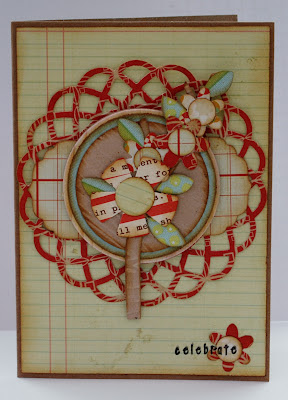 I've bought some Dienamics dies recently including this doily and a twig and leaves. I've used both here but it ended up very different to what I had intended. The papers are Cosmo Cricket, K &Co and Lily Bee. I also used some QK flower dies and a Tim Holtz embossing folder for the twig.

I'm just about ready for Sunday morning. I'm trying out Mind Mapping service prep thanks to Phil's inspirational talk at the Elders Training last week. Sunday evening is still a bit of a blank which is a shame as I have Synod all day tomorrow,  a murder mystery in the evening and not much time free today. Hmmmm need inspiration so better stop blogging!

We are about to enter the minefield of student finance as our eldest goes off to Uni after summer.

Wow you have been busy with your cards!!! love the hexagons...look at you with the latest trend. Fab cards!