Its been quite a week.
It feels like years since I came back from holiday - rather than 5 days! But that is what the job is like really. Last night I was in two minds as to whether to go out to another meeting that I didn't have to go to, but felt the Call of Duty (not the machine gunning type - the love and responsibility type. Every nw and then I wish it was the former)
And I am so glad I did. It was a meeting called by Brixham for Global Action as a Question Time based on the IF campaign
which talks about how there is enough food for everyone

it was a really interesting and informative evening and I am so glad I went.

and then I came home and played with my latest piece of consumerism. 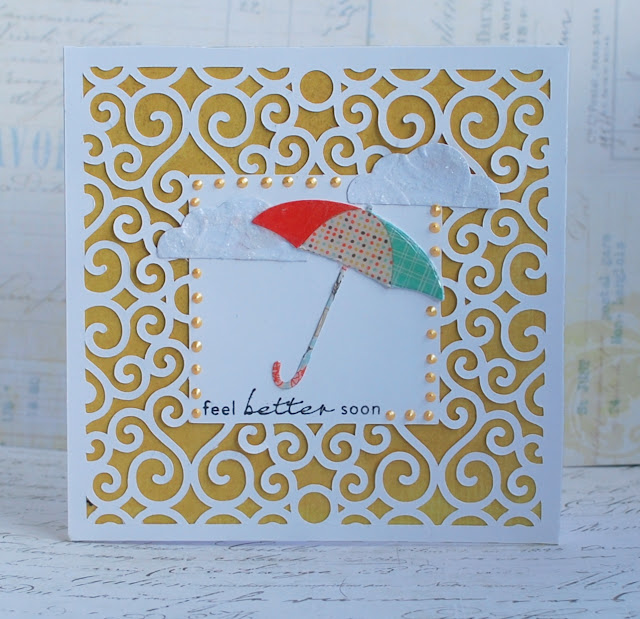 yes, I am very spoiled and now have a Silhouette Cameo. Oh my word it is fabby. I still have a long way to go getting to grips with it but I can download files and I can cut them out and that makes me happy. The background of this card was cut using a free file from Birds Cards, which is an awesome site that has free cutting files and digital stamps as well.

I made the card for the latest Daring Cardmaker challenge which was set by the marvellous Miri - April Showers. I used a Basic Grey Paper Cottage 6x6 pad as the backing for the card and to make the umbrella which is a MFT die, as are the clouds. The clouds were dry embossed and covered with Hard Candy Distress Stickles and the umbrella with Glossy Accents. Buttercup Liquid pearls were added around a Waltzing Mouse sentiment 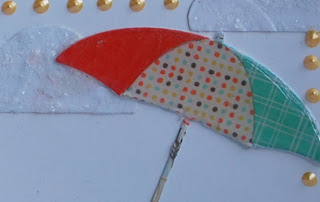 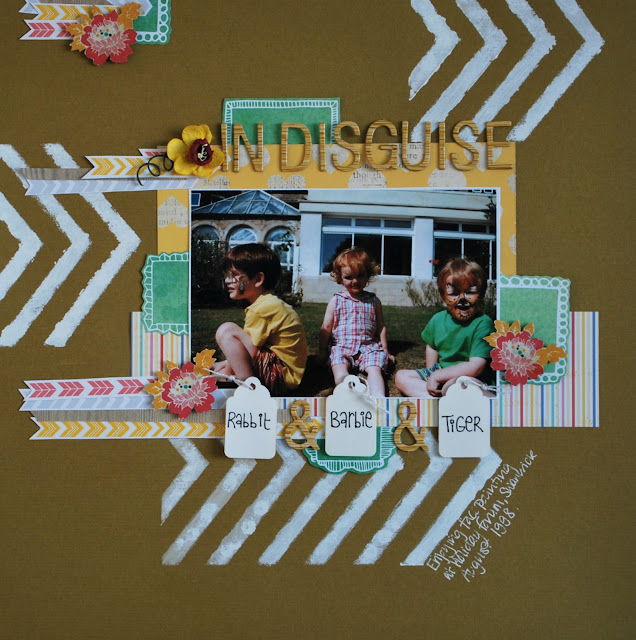 Don't be suprised to see the Silhouette feature in the future.

But t Ihave been really challenged by the idea of enough.
I have enough. I have more than enough. Can I stop my conspicuous consumerism, especially on craft goods and learn to be satisfied with all that I have?
Lets see if I can (says the person with a few parcels on their way). Lets just see

Nice card, Lythan! The swirl pattern is beautiful and it looks a bit like water moving in puddles (or maybe I'm over-interpreting it). Your colourful umbrella is perfect!

That's a lovely card, Lythan. And that background is... mouthwatering. I've been thinking about treating myself to a silhouette for about two years now and I still haven't gotten to terms with the decision but this might help ;-) I can't wait to see more stuff you made with your new toy!
And did I mention, that I just love your layouts?

Fabulous card Lythan, I really like that background, and your layout is really cute too :)

I love that umbrella Lythan! I wish I had one just like it! :D
Fab layout too! I love all those chevron arrows.