Carys and I have had a lovely 24 hour in Barnes with my Uni friend Anna. Its only 1 1/2 hours to the other end of London but this took 5 months to schedhule . Anna is Carys' godmother and takes her role seriously (hurray!) which means spoiling and quizzing and sharing faith in lots of different ways. 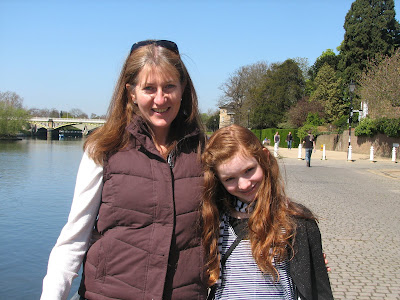 It was gorgeous today as we walked in Richmond Park and saw lots of these (photo by Carys). 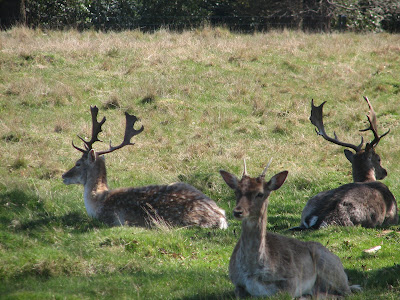 In order to take some time away I didn't have a chance to blog about my Daring card yesterday. Kathy gave us a challenge that needed some thought.
Getting in a Flap
I'd like to see cards with flaps this week. Little flaps that you lift up or open out to see a secret "something" hidden behind or bigger flaps that form part of the actual card. Maybe even little birdies with wings that really "flap" As long as it's a flap that lifts up from your card it will count

In the end I had a lightbulb moment that sort of worked I think. I used the teeny tiny versions of these Starvin Artists monster stamps and carved 3 flaps in the front of my card. 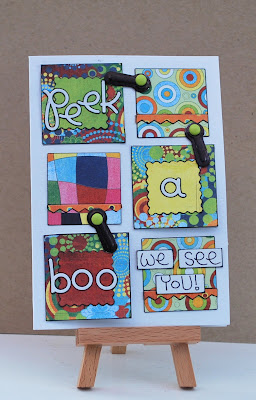 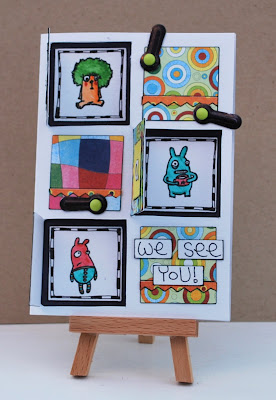 The little fellas were coloured with glitter copics and cut out (I'm too nervous to stamp directly!)
and here is the message inside 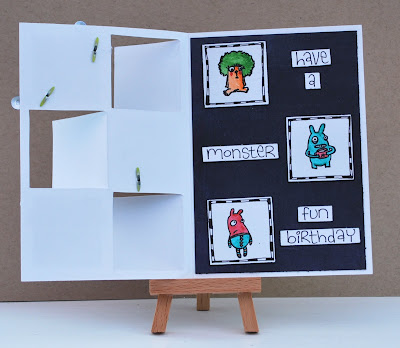 I've almost run out of birthday cards so need to make some up quick. I don't think this would work for most of my church folk though!
Posted by Lythan at 7:48 pm

This is wonderful - I love the way it all carries through to the inside of the card. I might need to pinch that idea as I have a few "little boy" cards to do for various nephews soon!

Glad you've had a good time. I love your card and those stamps are brilliant xx

Lots of flaps there! Love the creatures and your photos reminded me of a long long ago visit to Richmond Park!

This is a really fun card. I love the bright colours and design...totally funky!
Thank you for visiting my blog too and the lovely comment you left :)

A really inventive card, the images are just fab