A walk down memory lane

Last week was a trip down memory lane. Only from last year though as we stayed in the same cottage for half term as we did then. Phil and I have had rotten colds which are hard to shake off so we spent a quiet time relaxing, eating and walking a bit. The main excuse for being there was catching up with Emrys. It is so nice to hear him and Carys chattering and giggling together.

And I have had a longer trip down memory lane with this week's Daring Cardmaker challenge. Sharon chose the theme of Old but not forgotten, trying to find our oldest crafting buys to use. I don't have much of my very oldest. Many of those papers and stamps I have given away in the past. But I have kept a few, which I have used this week. 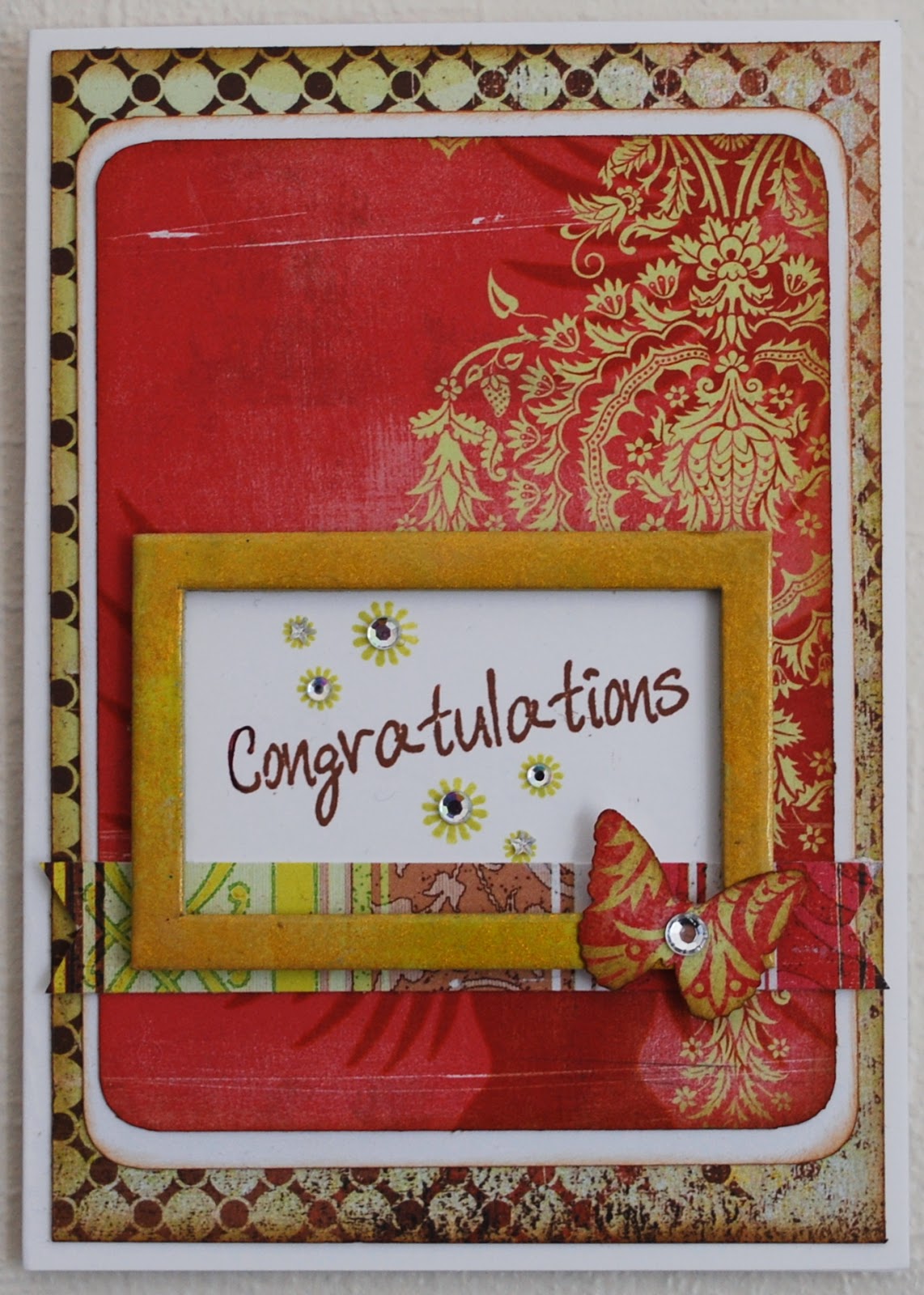 the red panel is actually from a folding matchbook album that I have never used. I added some chipboard from my stockpile (don't use much of it, can't bear to part with it) which I coloured using MR Huey white and a Glimmer Mist chalkboard green paint to try and approximate the colour of the backing paper. It is slightly more successful in real life than it photographed. The sentiment is one of my first ever stamps - a wooden backed one. I've never found them that easy to use. I added flowers from an Imagine That set and some sticky gems. The final touch was a Martha Stewart butterfly. Oh and everything is inked round the edge using Vintage Photo distress ink. The only colour I had for many years!

To be honest, I didn't really like that card much so decided to have another go. I was supposed to use another old stamp but forgot and used a newer one. I'm glad really as the old one does look terribly out of fashion now!  I used a Freshly Made sketch 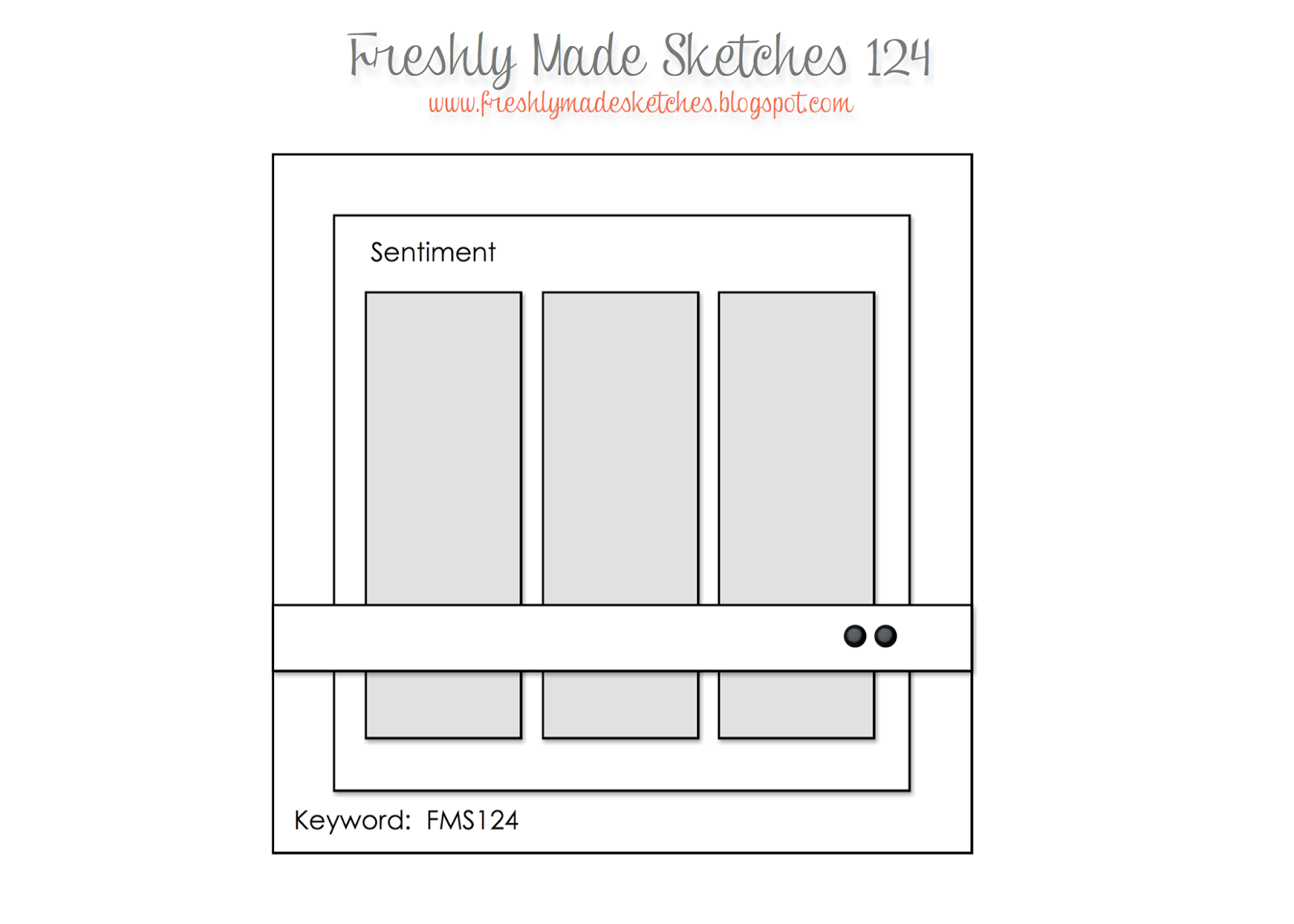 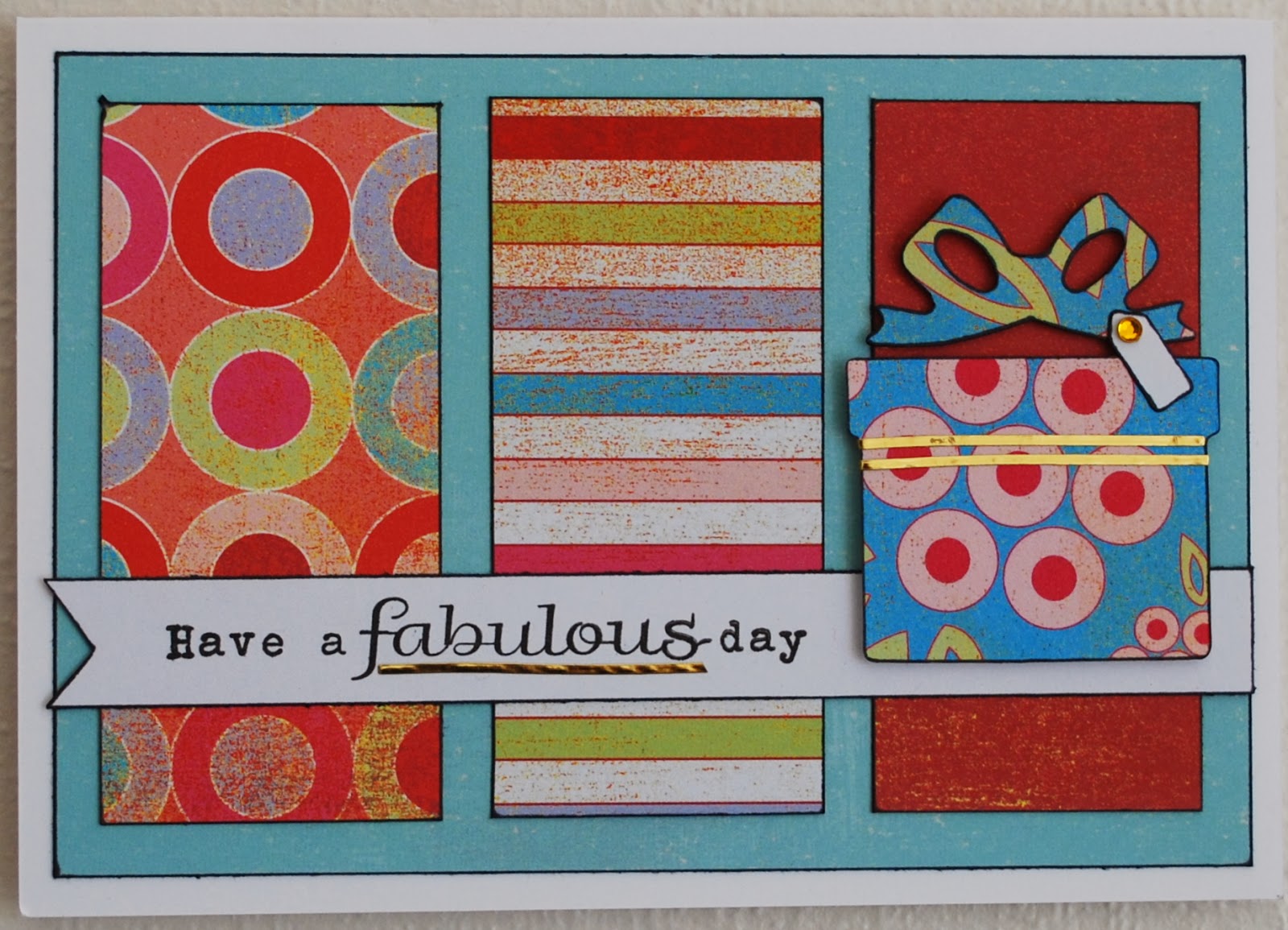 More old Basic Grey - this is my first BG love "Lollipop Shoppe".
I used a very old Sizzix die for the parcel.
The sentiment is Clearly Besotted.
And to be totally retro - I used one of the last peel offs I still own!
The parcel is mounted on foam pads 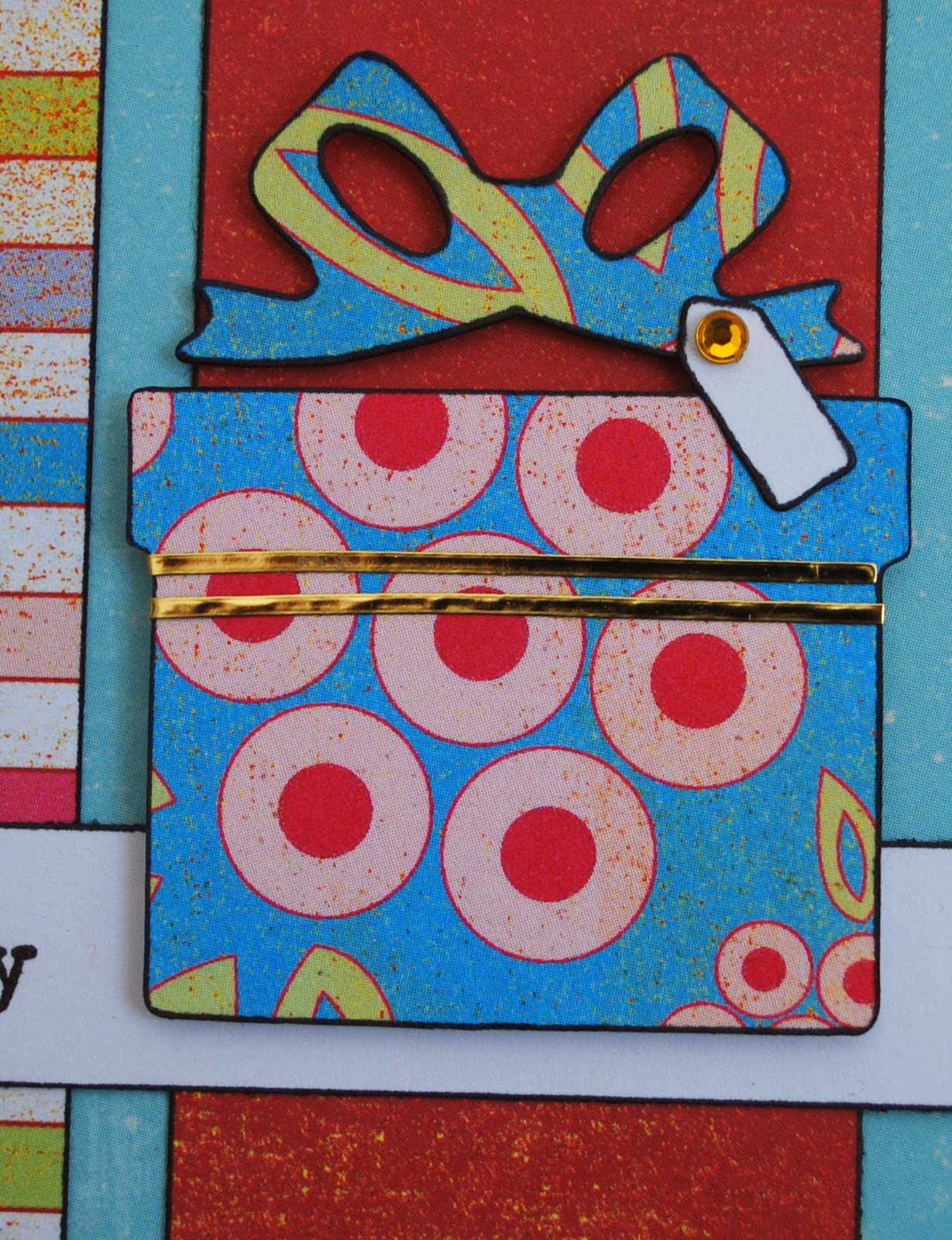 I've also been making layouts. Here is one that also uses up some old kit 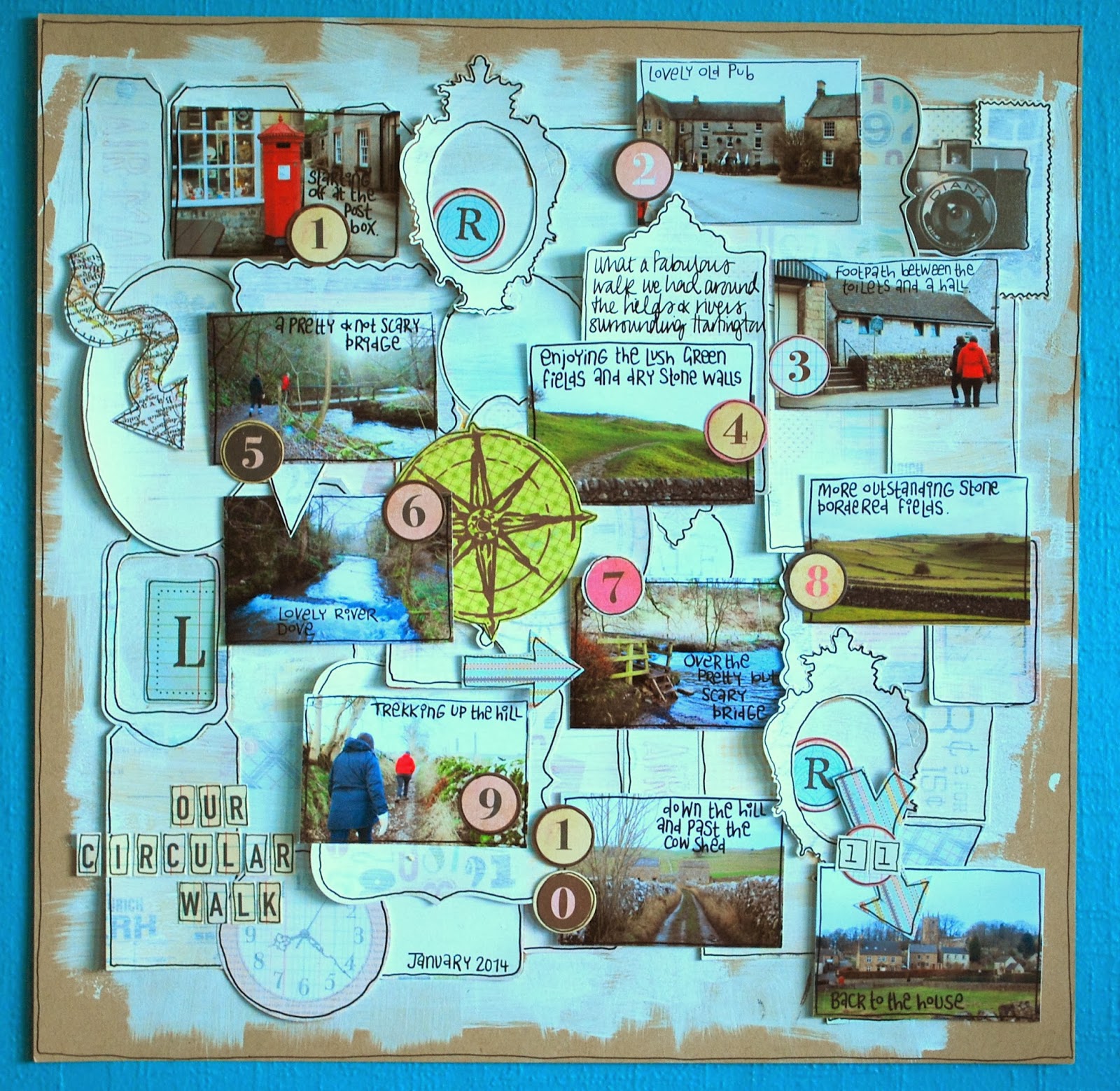 The photo was taken last week when it was still really awful down in the South West so there is a blue cast to the white that I can't eradicate with my photo shopping skills (none)
There is no patterned paper on here at all. I emptied out two packets of die cut pieces from the Girls Paperie that I have had for years - lots of frames and pennants and clocks and things that I have used endlessly and still never seem to finish. So I placed them down on the page and then gessoed over them so that close up you can still see the pattern but they don't overwhelm. 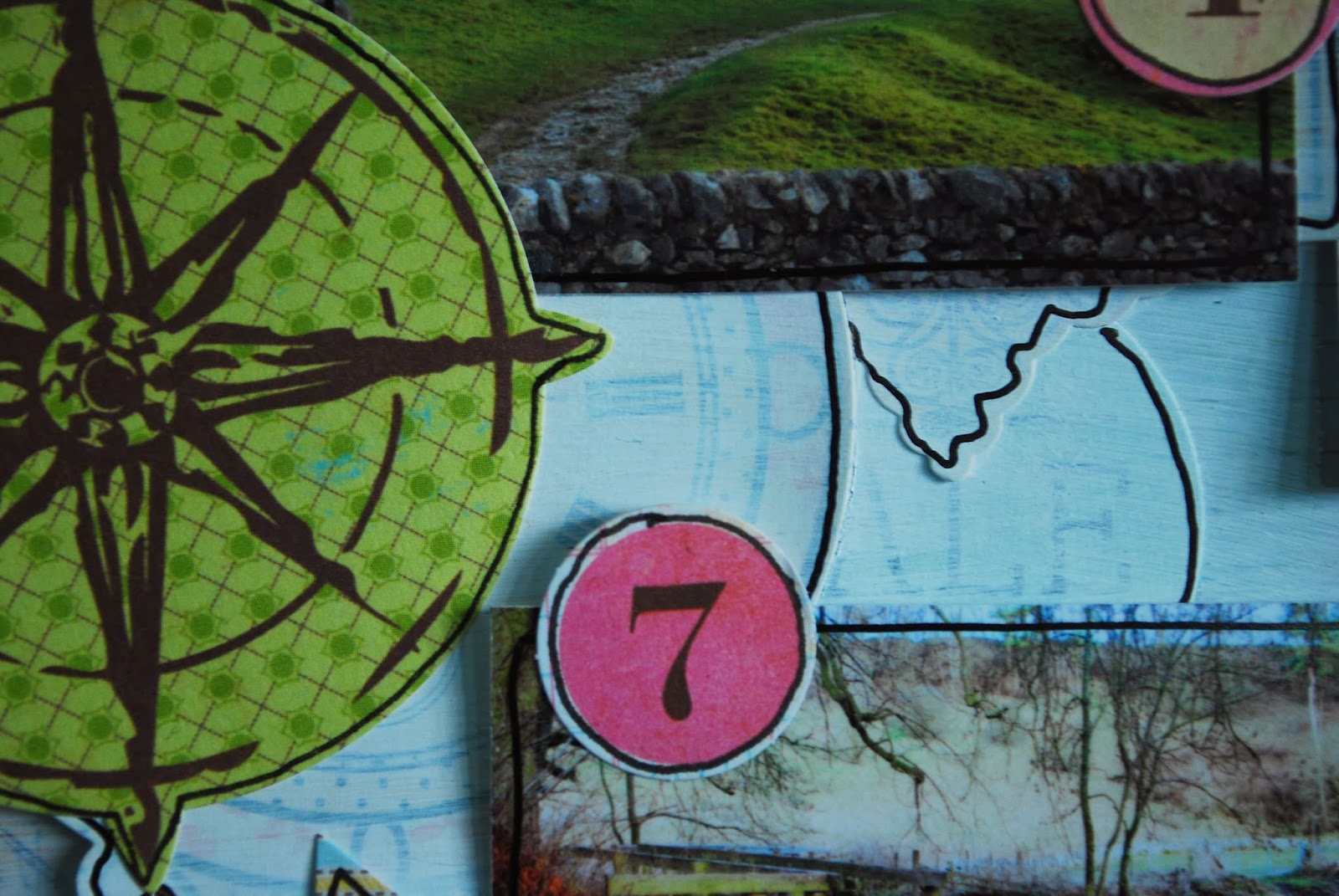 Then I decided to outline them all to give some extra dimension.
There were lots of little numbers and I added the letters that began each of our names. That was a blessing in that there wasn't a full alphabet in either packet of die cuts - just that our initials featured in the selected words (Lucky and Travel as I recall). As you can see there weren't quite enough numbers so I had to improvise 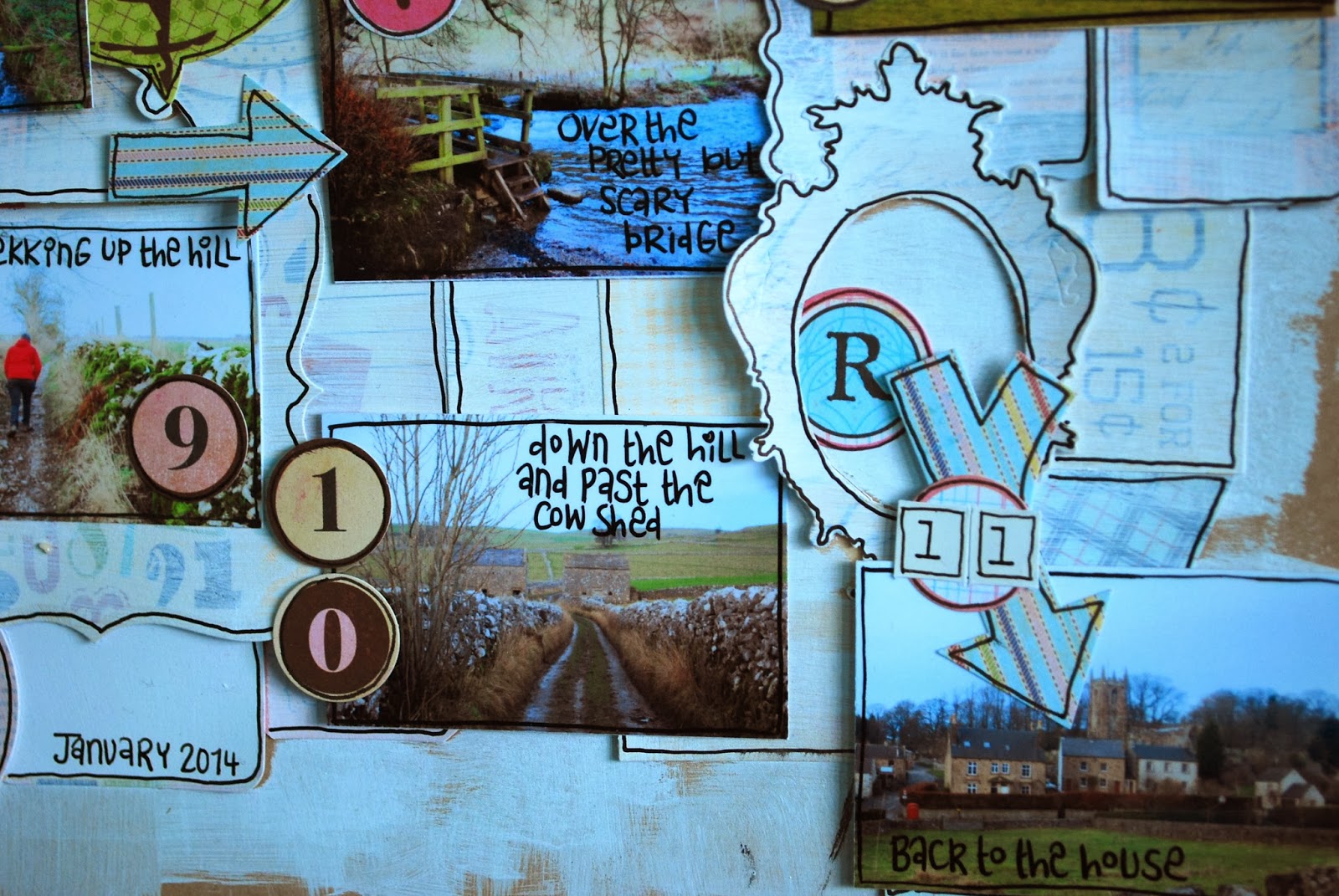 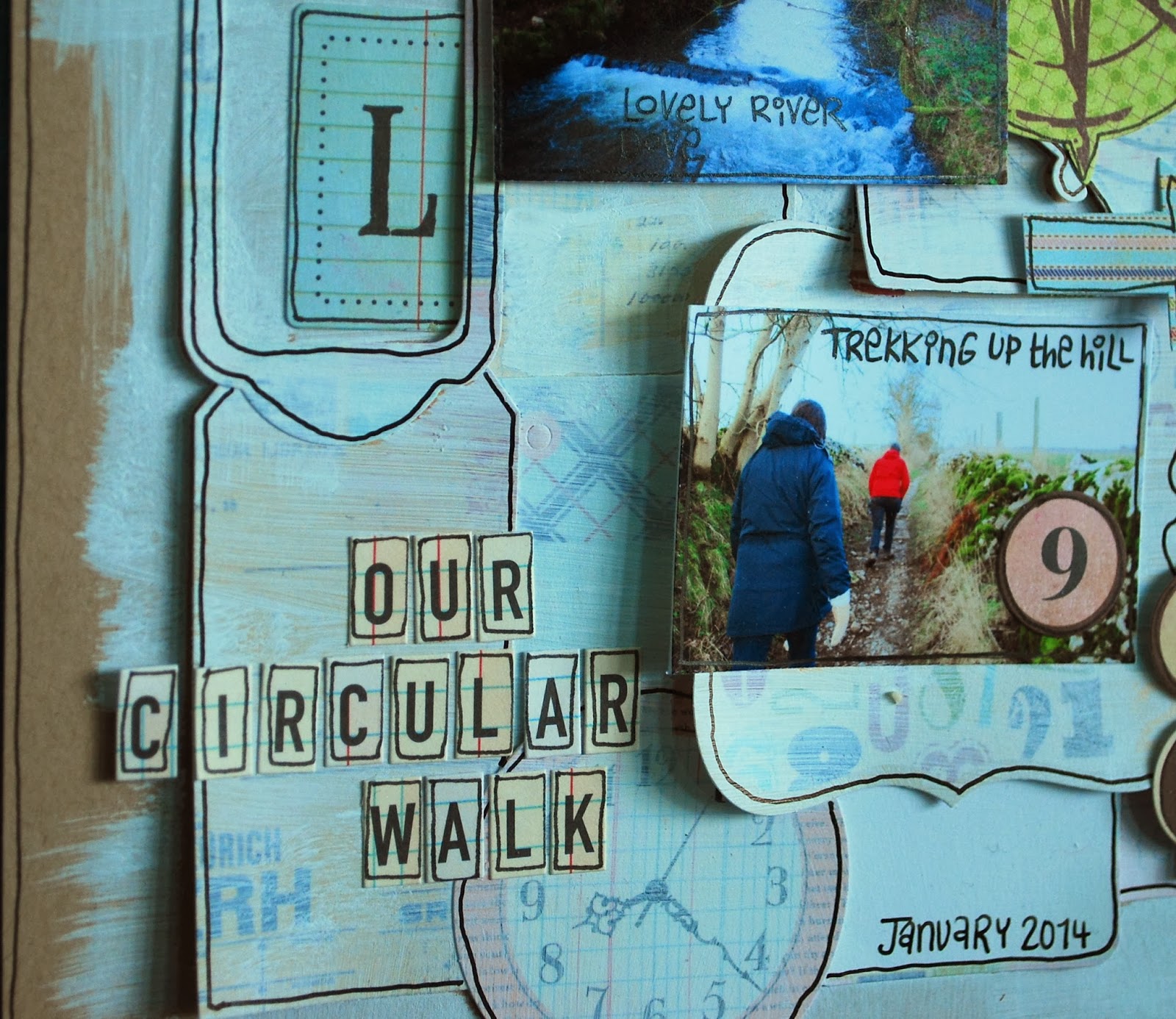 Using up all that old stash was enormously satisfying!

Such a fabulous combination of designer series papers and I just love your little pressie! Thanks for joining us at Freshly Made Sketches this week!

Wow, what fabulous projects! The colors are so vibrant and your designs are fab! Thanks for joining us at Freshly Made Sketches!