One day I was a tiny schoolgirl just facing the world

Soon after starting school they discovered I was short sighted and needed to wear glasses. Since then I have only taken them off at discos as a teenager (which did once lead to so much disappointment on meeting me the day after than my ardent suitor of the night before did a flit in Woolworths) and to get married (didn't want glasses sticking up through the veil!).
And suddenly in the blink of an eye (that will be the drops the optician put in) I am at thismoment
duh duh durrrrrr
varifocals. One of the true signs of getting older 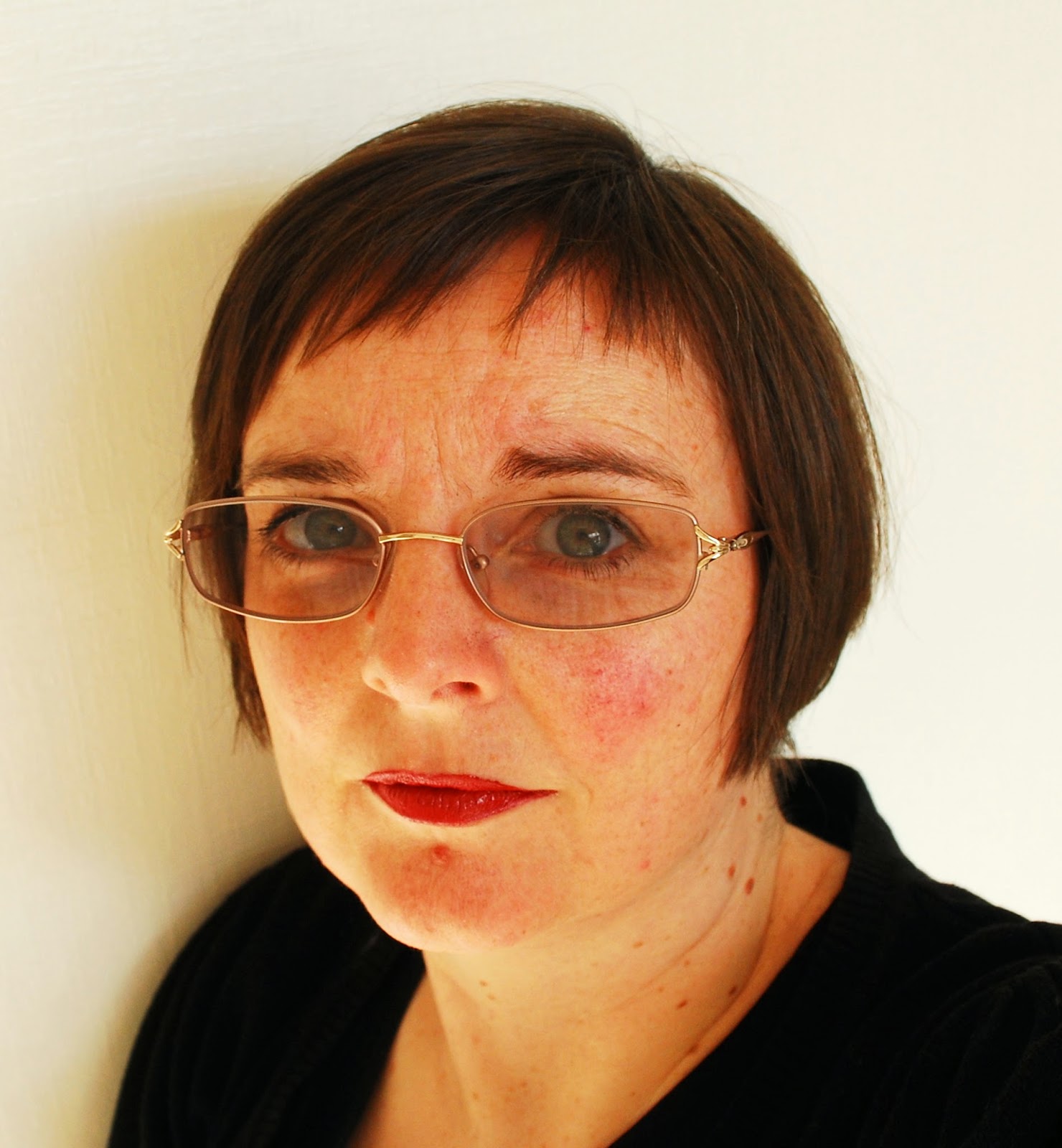 They do end up a little clearer than that - there was actually sun in Torquay today (never fear, there was also a few rain showers!)
The grey hairs are on their way as well. But only a few so far. Oooh I look glum in the photo - but I was focussing on focussing and focussing. I was holding up a DSLR and trying to guess whether I was in the frame. And then I would look through the wrong part of my glasses and everything would pitch and sway. Ah well, better to get older than not (says the person who spent the best part of yesterday at a death and dying conference)

Still looking at cards wot I have made is cheery - especially if they are in bright colours. Which couldn't be helped for my Daring Card this week as we had a gorgous photo to work with 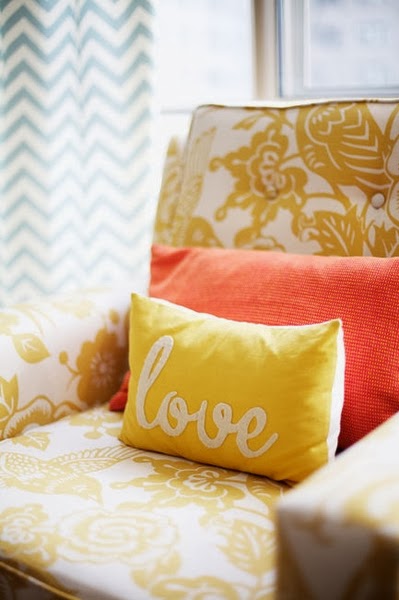 Greys and yellow and orange/coral and a hint of gold mixed up with chevrons and script. I came up with this 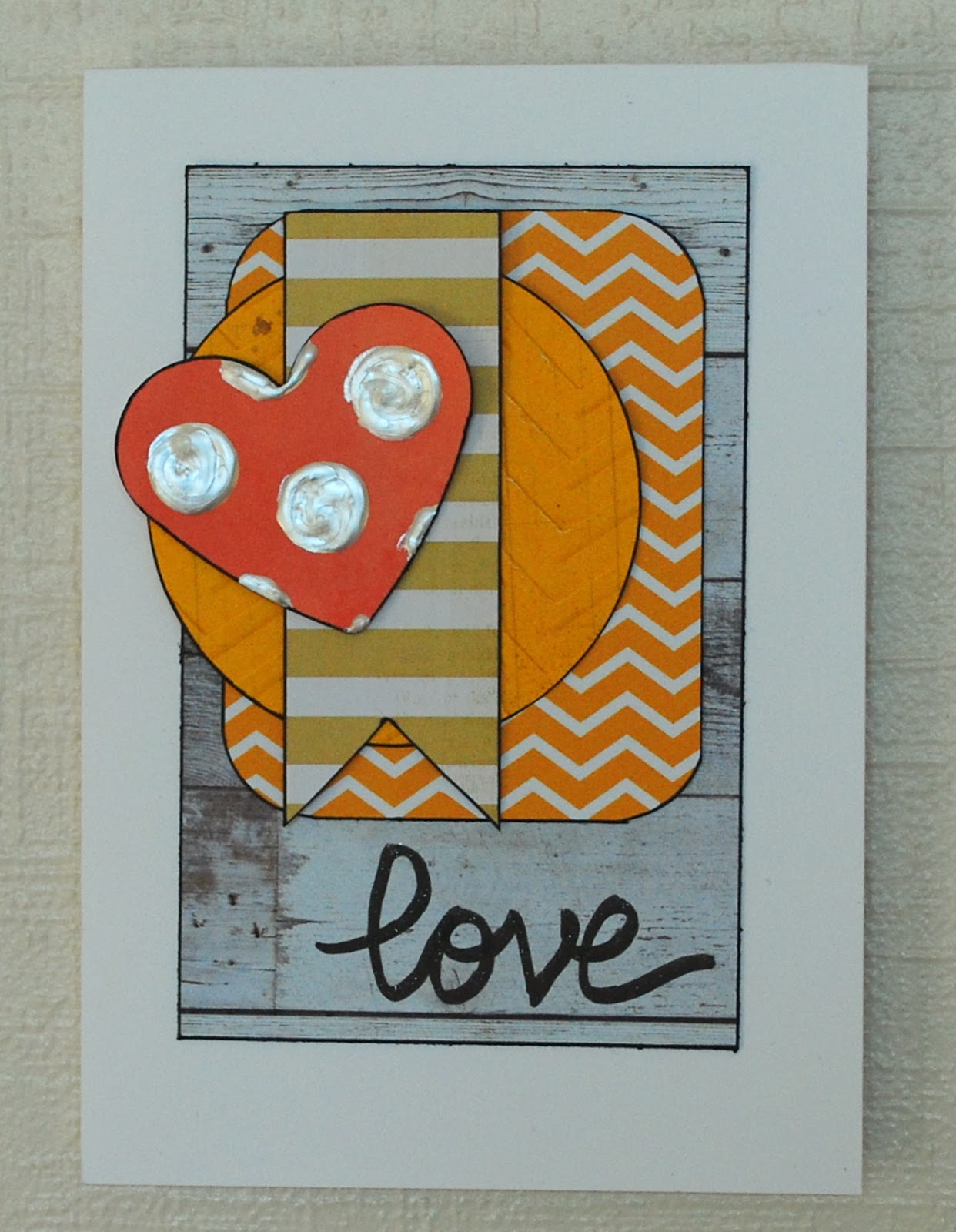 The chevron paper is orange and the circle paper is much more yellow in real life. I think each paper came from a different pad. The grey is Authentique Strong, the yellow is Lily Bee, the gold stripe is Dear Lizzy, the coral spotty paper is Fancy Pants and I think the chevron is Simple Stories. I die cut and layered until it felt right. The coral paper had cream toned dots so I covered them with Liquid pearls. I have been trying (and mostly failing) to do a brush script that I like - mostly because I don't want it to be neat and in a straight line and also because despite having about 20 brushes, none seems to do the trick (and of course,  it can't be me at fault!) I wrote "love" with a brush felt tip pen and then covered it with a Wink of Stella glitter pen 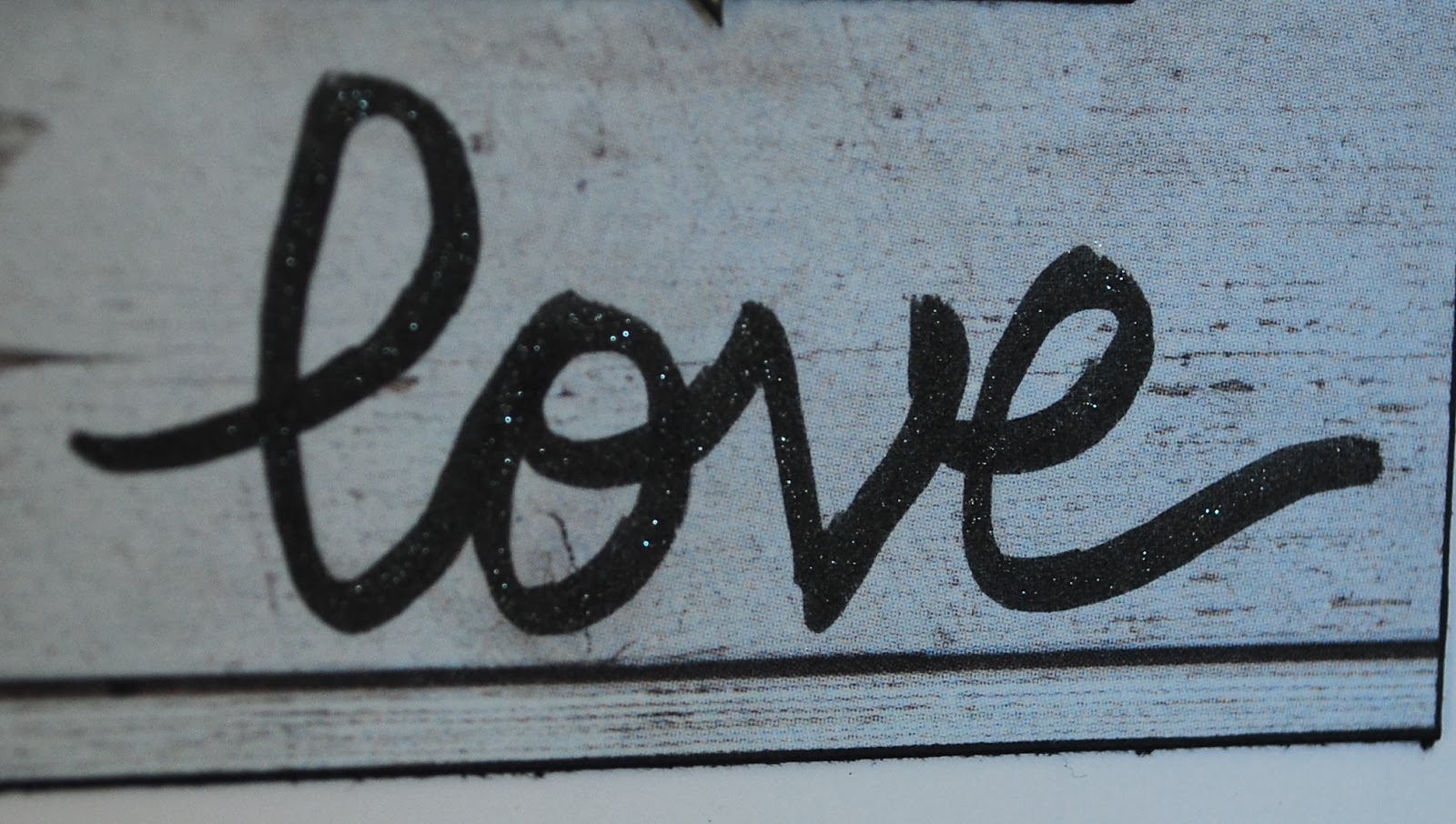 you can see the sparkle a bit better here. 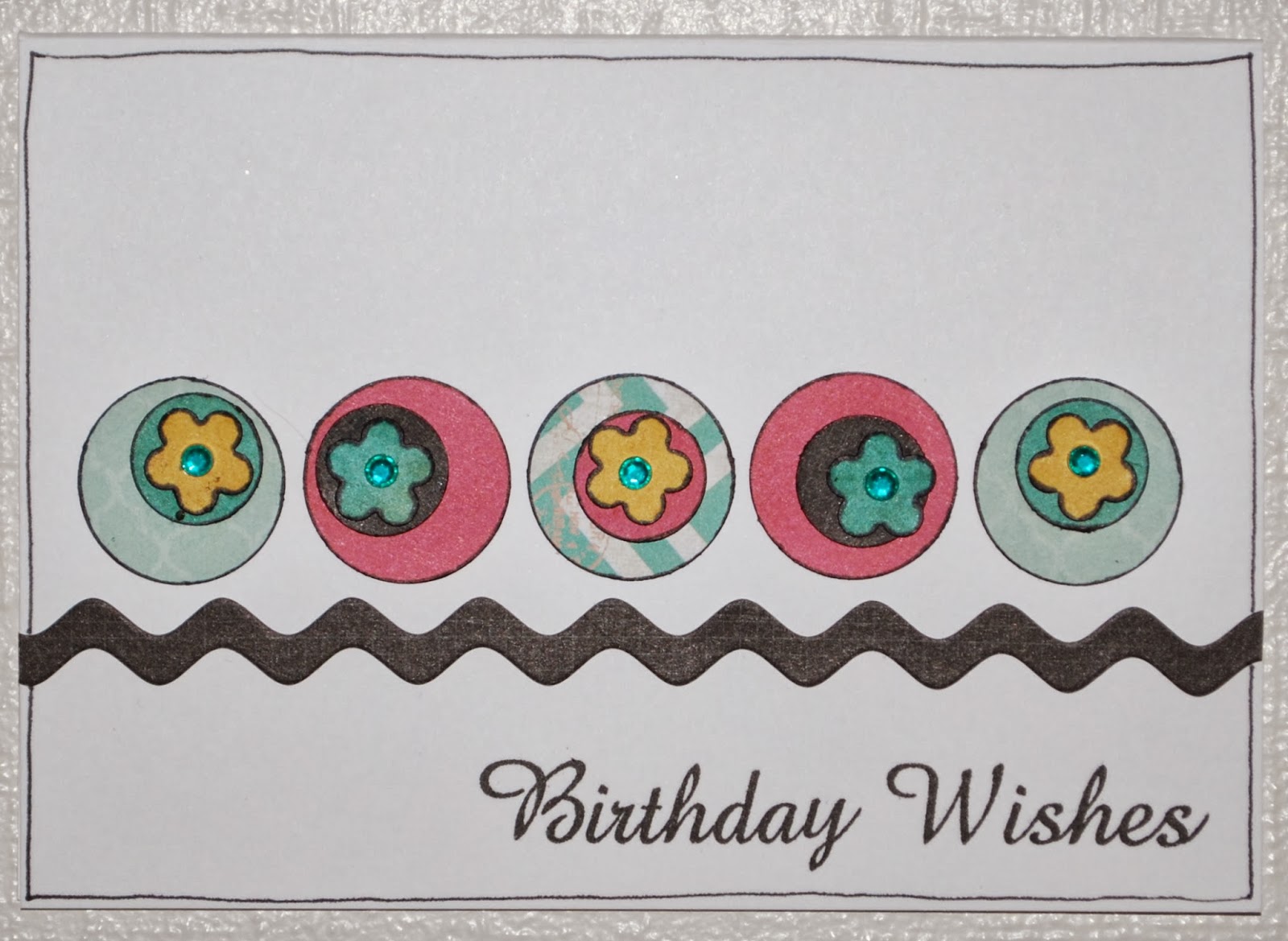 This one didn't work out as I wanted it too. Perhaps because the line beneath the circles is too far up? I quite like its graphic quality though. The papers are all Heidi Swapp
Then there is this one 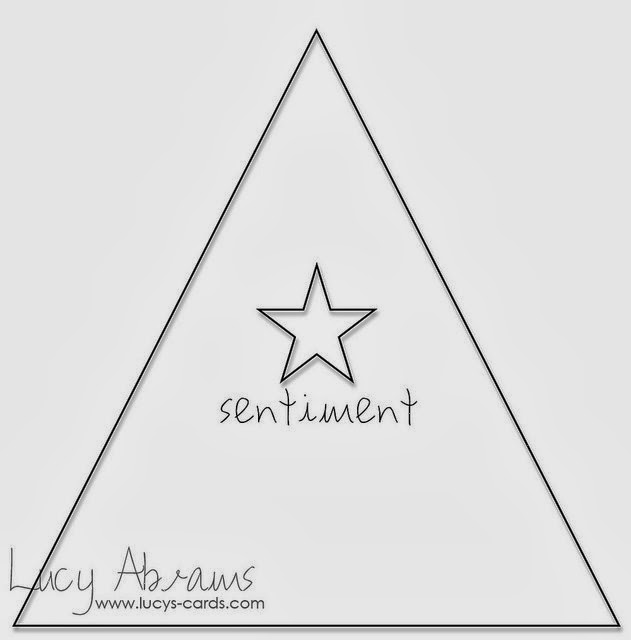 I decided to try something a bit busier 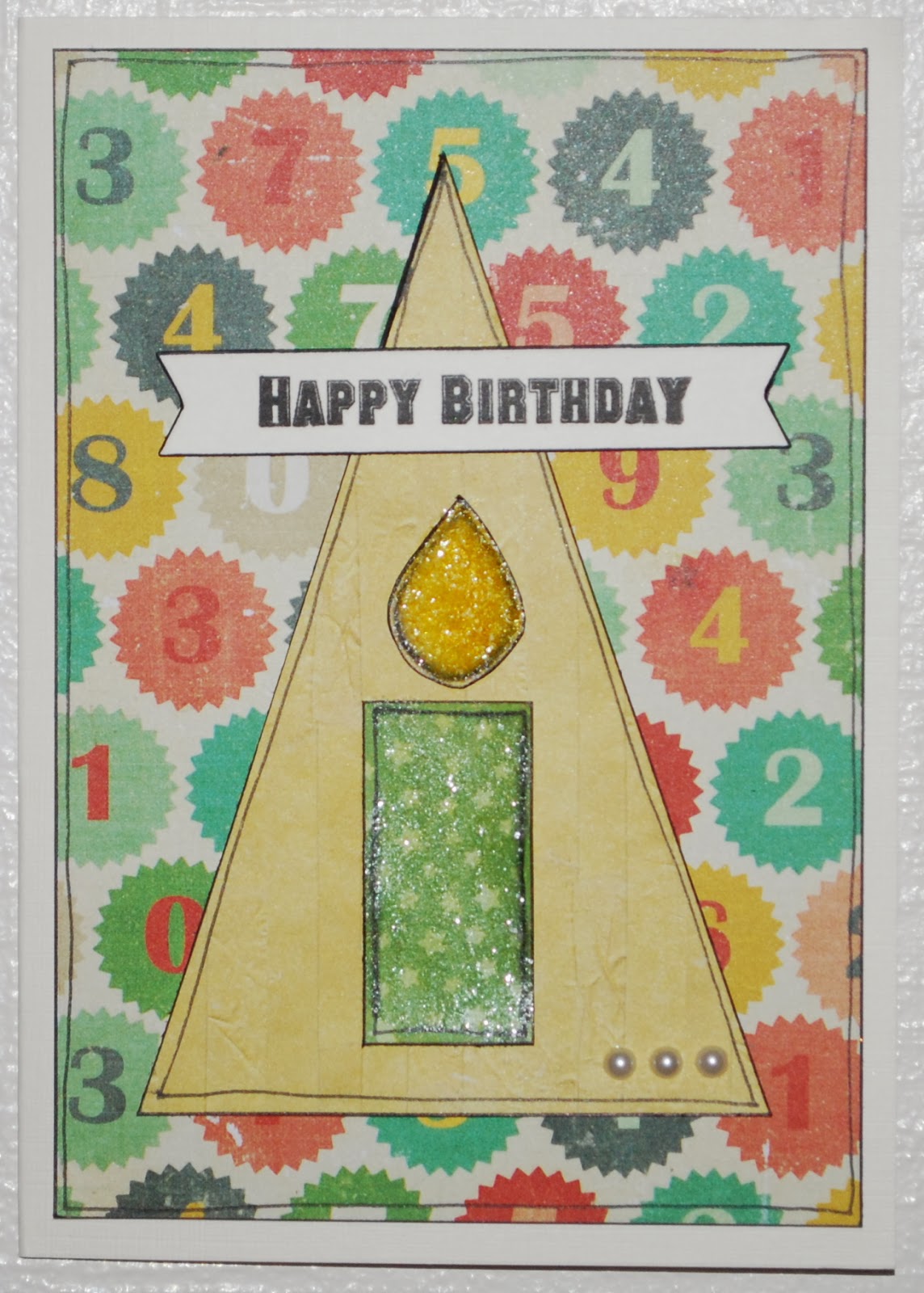 which I am happier with. These papers are all Crate Paper. I love the numbers paper! The sentiment is Clearly Besotted and I covered the candle and flame with Rock Candy distress stickles. After they had dried the flame still looked a bit pale so I painted on some yellow distress ink on the top.

My weekend will involve work, rest and play. Hope yours will too!

I hope you get used to your glasses soon, it must be awful. I'm heading that way myself and have some sort of varifocal contact lenses, no idea how that works, but I'm sure at some point I'm going to have to get glasses too. I love your card - and the liquid pearls look fantastic against the orange.

Great cards - thanks for joining in. Love the little gems in the flowers and your interoperation of sketch 3 is fab.

Great cards - thanks for joining in. Love the little gems in the flowers and your interoperation of sketch 3 is fab.

Fab cards Lythan, and your DCM card is very on trend with your brush script greeting, nice enough to rival American Crafts own stickers! ;)

Good luck with getting used to your new glasses. x

Awwww - I am sad you're having to upgrade to stronger eyewear. It is discouraging.

I was in denial anything was degrading my own sight... for years, but a visit to the optomotrist around my 53 birthday showed I now need "distance" eyewear for driving, and I also find I need reading glasses for close work.

I wound up with bi-focals, which I hate. I'd rather have two seperate pairs, as I find I have to tilt my head back too much!!!

I hope you get used to them.

Anyhooooo I am here to say your card for the Feb Daring Cardmakers is wonderful!!!

Have a good week, upcoming, with some creativity taking your mind off the little things in life.

Lythan, I love your wooden background and the handwritten sentiment!