When it is my turn to chose a challenge for the Daring Cardmakers, I am often stumped. I've been doing this so long that I find it tricky to be original or really challenge myself. So one of the things that I do is to see if there is anything about this day in history that piques my interest. So when I found out that yesterday was 31 years after seatbelts became compulsory in the UK... well firstly I marvelled how short a time it was (I was already a teenager!) and how it is something that seems so important surely it was always mandatory? Although, I also remember the adverts asking us to Clunk Click every trip which also featured some horrific mock accidents.

And secondly, perhaps that the idea of belts just might work... or to translate it into crafty terms - to use some sort of belt on your card. So the idea of Belt and Braces as the dare for this week came to be. And here is my card 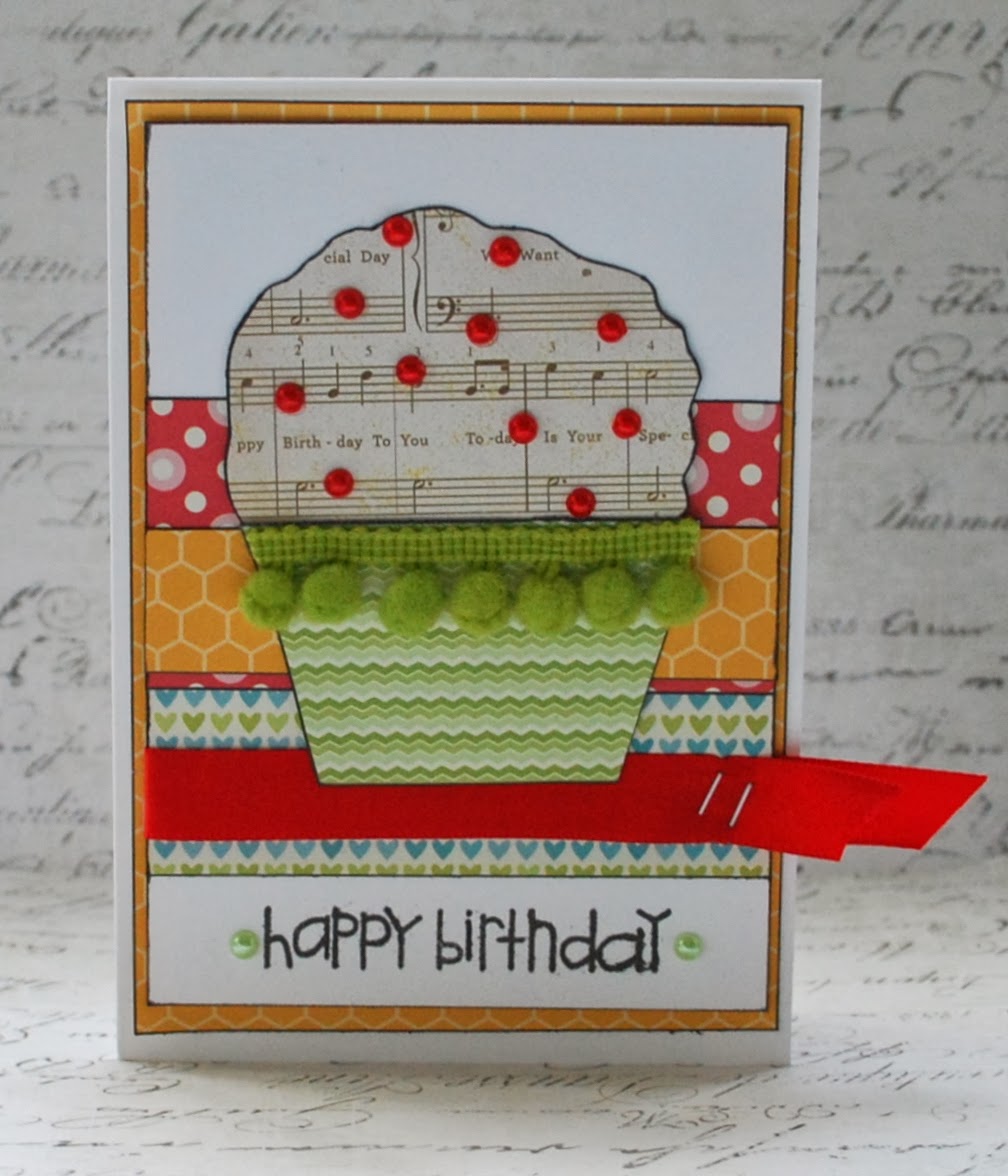 It is quite bright and cheerful for a cold February day (actually I made it last Monday but it was cold then too!)
I used three different 6x6 pads for this one - from Lily Bee; MME and Crate Paper. The Crate Paper line had a paper with small cup cakes on it and so I used that as a rough guide for making a larger one for my card. I was pleased to find that the pom pom ribbon was the exact shade to match (think it is May Arts). The red ribbon is from PTI and goes all around the white portion of the card as a belt. It did originally have a bow but that was just too big and then I tried to cut notches out of the ribbon to give it a fancy edge and that went wrong and it was getting shorter and shorter and I don't have that much of the ribbon and can't afford PTI prices to the UK now so ended up cutting it on the diagonal and attaching it with tiny staples. (Yes, I may have been muttering rude words under my breath!) My favourite Paper Smooches greeting and some stick on green and glue on red gems finished the card off.

This week I have also made a couple of layouts, including this one for Scrap365, based on their latest sketch 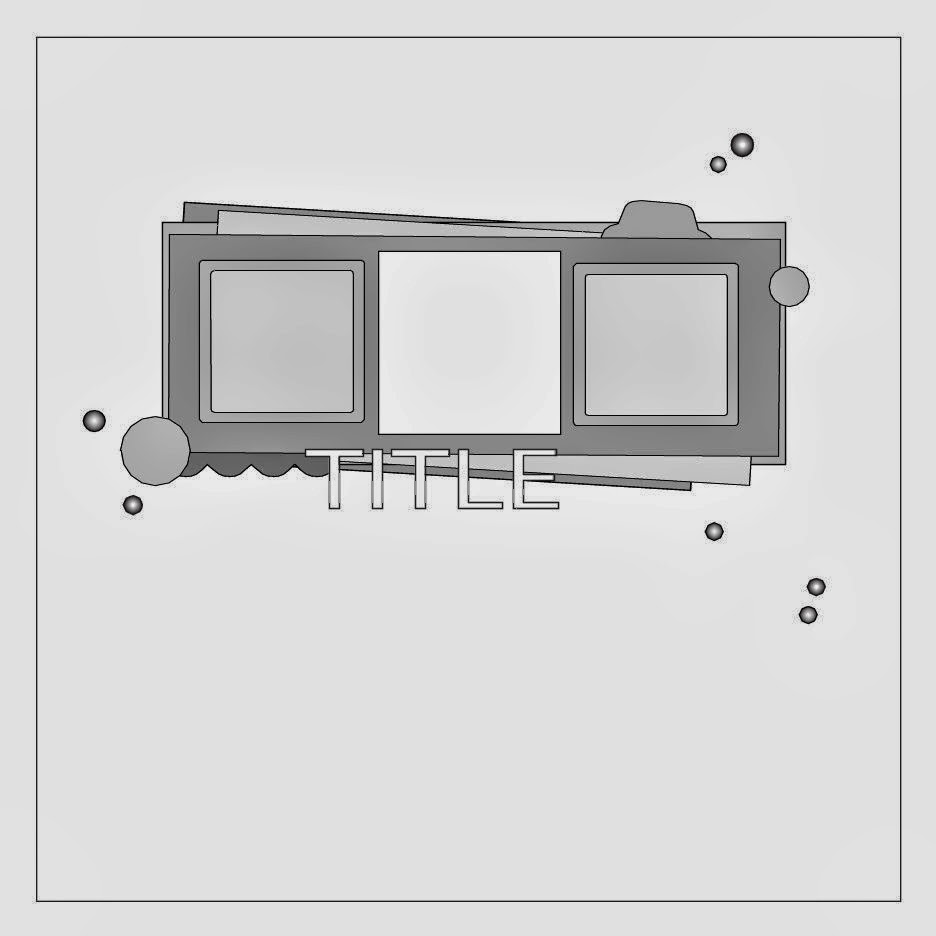 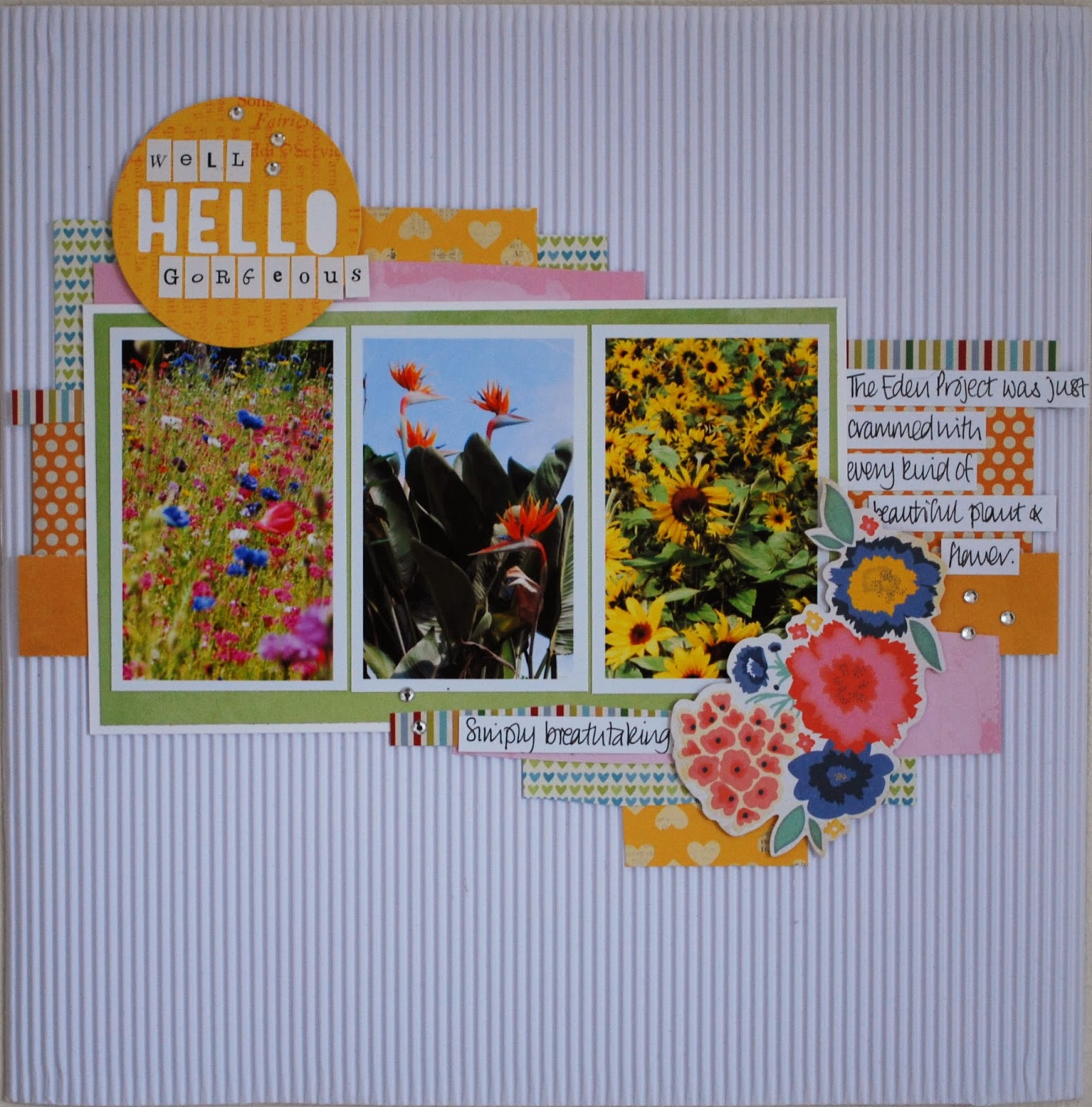 I used some Lily Bee, AC Dear Lizzy and Fancy Pants papers and stickers along with two Dear Lizzy die cuts. I wanted to keep the layout quite simple on order to let the beauty of the flowers sing. The base is Fancy Pants corrugated cardstock. Some very old letter stickers (7 years or more?) and a few gems and that is that. Still took forever to decide where to put everything though :) 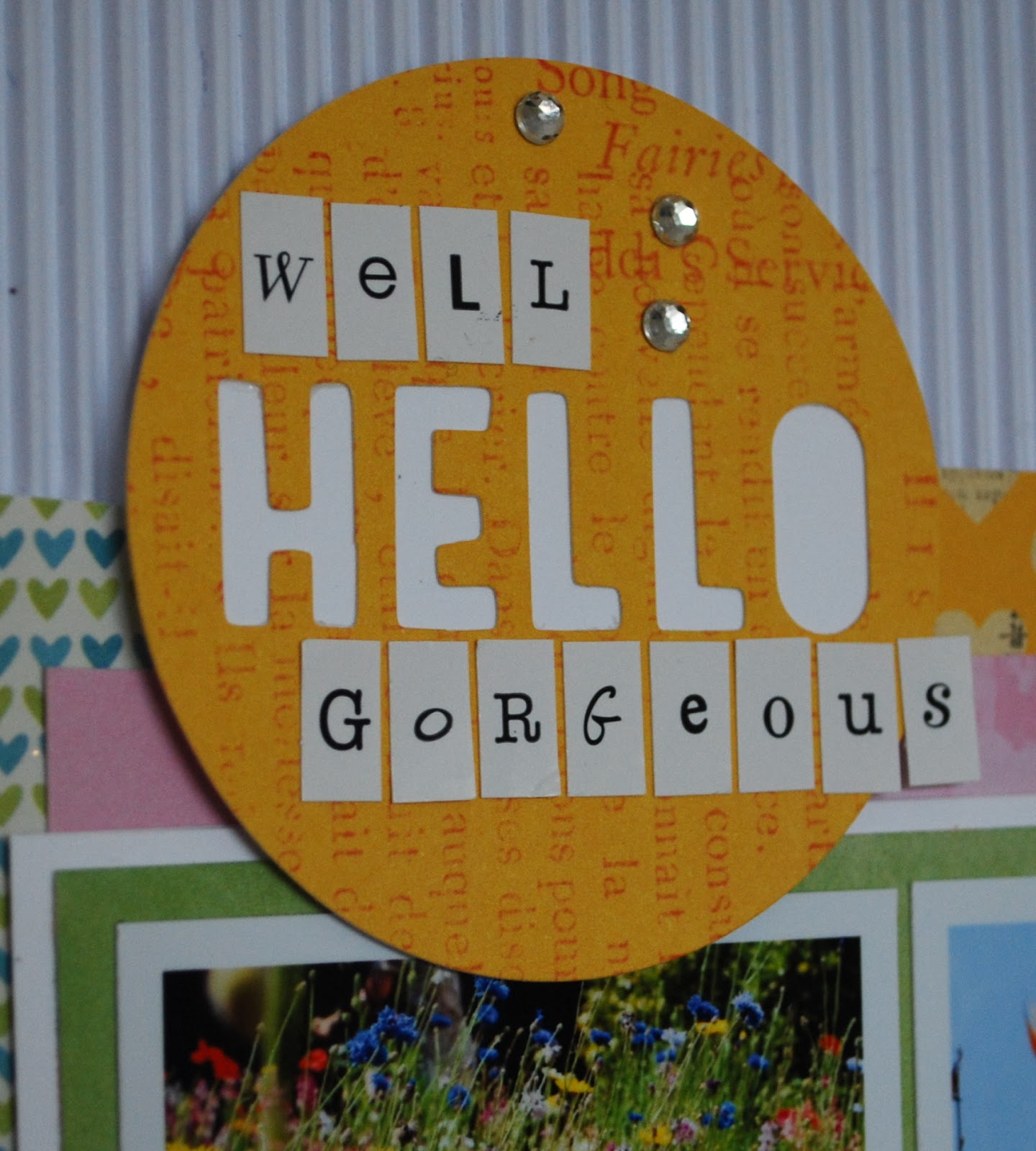 Thanks for joining in with Scrap365!
Your page is so bright and beautiful.

Love the bright colors and your style! Awesome :)
Thank you for playing a long with us at Scrap365 <3

Nice page!, thank you so much for joining our challenge at Scrap 365!

thanks for sharing it with us at SCRAP365 ;) I love the way you did the sketch, fabulous work!!