and forget the housework

is the motto I live by. Goes all right most of the time, especially after the injection of tlc by loving parents!
Since last posting on the work side I have done:
3 services - and prepared for them (thats the time taker - Friday, Sat morning and evening and Sunday afternoon)
and attended a play hosted by the Salvation Army - the Liberator by the Lacey theatre company. Absolutely awesome acting and staging. OK so that was work/play at the same time.
As was the Romford church card making club. It is work as I have to lug all the stuff and help people out with ideas. Though as time goes on they need less guidance. So I do get to play a bit.

On the (really) play side I have
made 13 cards for the Church fair at Glynis house. Glynis is my Church Treasurer and fellow card maker. We both admire each others styles which are totally different. I tried to use up some bits of old Self Addressed kits. Now why haven't I used this paper before - it is lush! 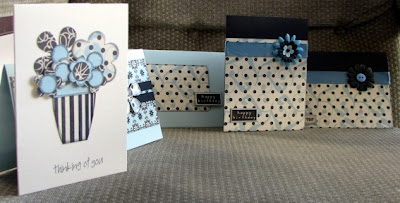 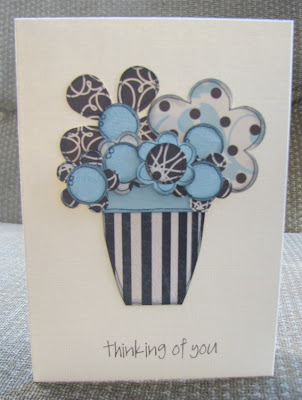 I now have "the vase" to go alongside "the boat" as a handcut/punch combo staple.
Used some more of the Self Addressed kit for Sept too. Boy do I love it! 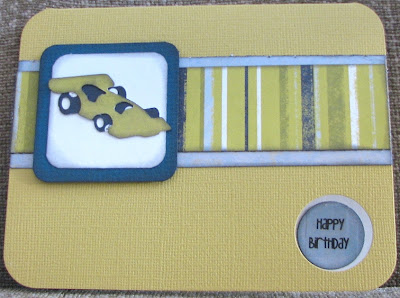 Just added a QK die and a safmat greeting

Then last night we had our first ever wee firework party. Phil lit a fire in our brazier and bought some quiet fireworks as I don't like bangy ones. 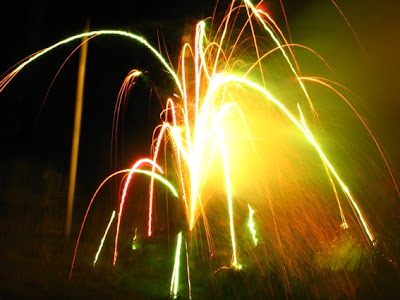 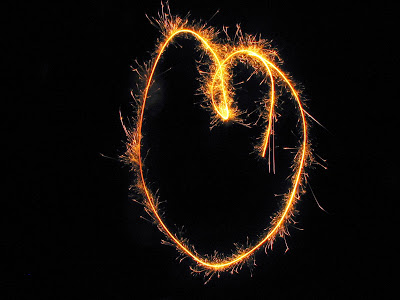 and of course sparklers. Loads of people around ahd the loud, expensive fireworks so we were able to enjoy them out in the garden. We ate baked potatoes and toasted marshmallows. We did have soup to eat but Phil left the gas on low under it by accident and it caused a firework like explosion in the kitchen...

Later I made my MiLaw a never ending card for her birthday. It is the class I taught at Imagine That that I thought I had done all wrong but hadn't. They are very easy to make - just take a while to put together. 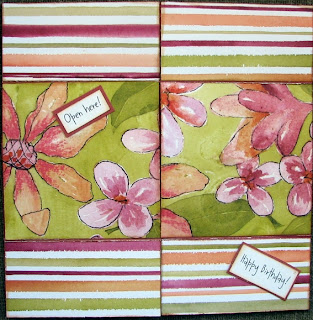 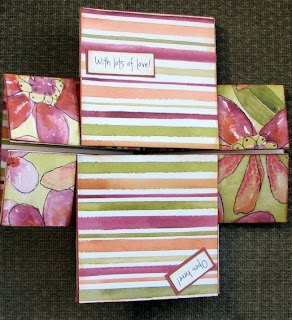 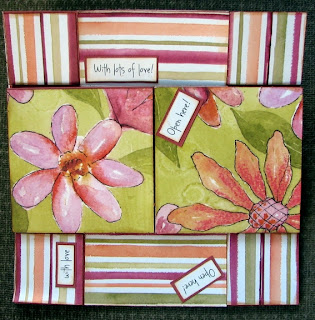 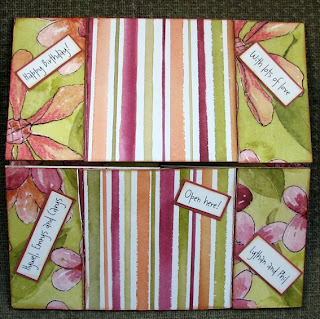 And I finished a layout I started about 3 weeks ago but have not had time to do. I will post photos of them tomorrow as I think there are enough photos today. The rest of today will probably be quite boring.

Oh.
Except we may just have met our new dog.
Lucky.
Racing name:
I'm Lucky.

Somehow I don't think she was...
If we pass the ownership test then the name may change.
Posted by Lythan at 10:05 am

Wow That never ending card looks impressive. I love the first selection of cards and you are right, those papers are lush.

You're right, those SA papers are lush. Love the never-ending card (saw some instructions for these but haven't had a go). Your fireworks are my kind (don't like the bangs) - mmmm toasted marshmallows! And wow concerning the dog!

Oooh, exciting news about the dog. I hope that Lucky's fortune is about to change and she finds much happiness with her new family.

Very nice cards, I wonder how you find the time!! I have found that since Ive had a few days off work each week, I can't settle to anything except housework!!!