I've been quieter than normal because we've been away for a few days, celebrating my mum's 70th birthday and our 20th wedding anniversary. Phil and I went to Patricks in Mumbles for our meal - 2 days early but it fitted in with our plans better! The food there is absolutely delish and as a meal out as a treat for us is more like Macdonalds then it was quite something (no plastic toy though...)
I wore my new Monsoon dress - this photo was taken by Carys so its a bit blurry but its the one I like best! 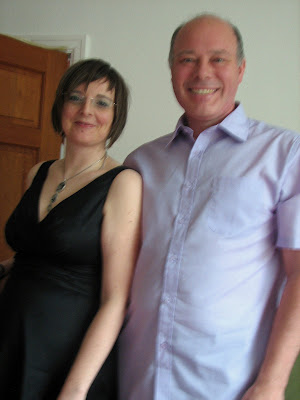 For the actual anniversary I bought Phil a new lovespoon - we had one for our wedding but our old dog chewed it! And Phil bought me these 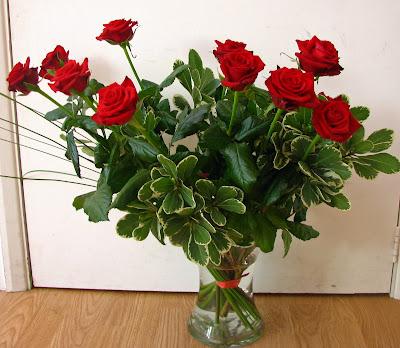 And for Mums birthday we went for a meal a bit further along in Mumbles - Castellamare. Mum had promised pizza - but it turned out the restaurant bit of the place didn't do pizza and you couldn't just order one from the bar area. The boys managed to cope though - phew! And even ate some salad... We were allowed to bring a cake along. 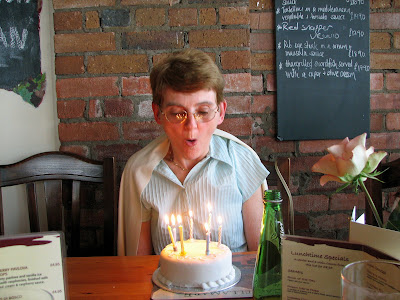 The boys also wore proper shirts for the evening - can't remember the last time they did that and Carys wore a lovely new dress from Sainsburys. (Invisible boy didn't want his photo taken. But he did look v. smart) 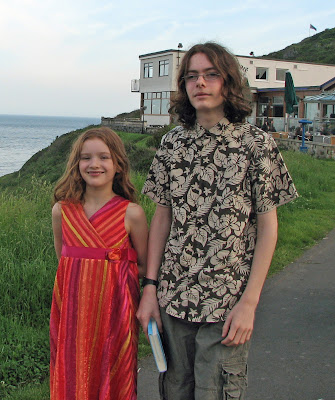 I haven't been back on the WiiFit yet but I'm dreading getting told off after all that rich food!

I finished off two layouts yesterday. The first one which looks simple took far longer than the other! 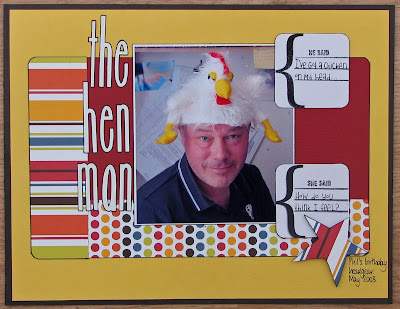 This is 8.5x11 size and the papers are all American Crafts apart from the piece of red bazzill. The stamps are from Technique Tuesday. 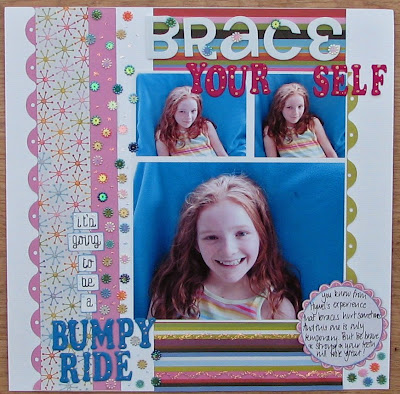 This layout is 12x12 and uses KI Memories papers. The letter stickers are from American Crafts and Poundland; stamps are Banana Frog, journal spot made using Nestabilities and I also used jumbo scallop scissors, a packet of sequins and oodles of Stickles glitter glue!

Today 3 of us - ooh and Lucky went for a wet walk in Epping Forest but I will share photos of that tomorrow along with my Daring Card for this week.
Posted by Lythan at 5:03 pm