I had one glass of wine last night - not a big one - to celebrate a successful Alpha course evening. It is obviously a wine that I need to water down... I do ahve a low tolerance for wine but good grief - you would have thought I had had a bottle or two. So needed a bit of a lie in this morning. Feeling very wussy now!
We are running a small Alpha course at Church but it is very exciting to see people making connections and exploring faith. I don't really know how Alpha works - especially as it involves a long talk in the middle. But it does! However my wind down with Heroes next week will just involve a cup of tea...

It was my turn to choose a dare for Daring Cardmakers this week. Which rather caught me on the hop. So eventually I came up with a dare that proved to be tougher for me than I expected!
AD-dicted
I want you to browse the tv and magazines for advertisments and use them as inspiration. It might be the format, the colours, the products, the slogan - whatever floats your boat. Remember you can do this anytime, any place, anywhere as long as you link it to the blog in the usual way!
When it came to doing the dare I realised I don't always watch tv ads anymore and although I used to be known as "Mrs Magazine" don't have many of those around either. SO I had to browse the Sunday supplement from last week! This is the ad that I chose 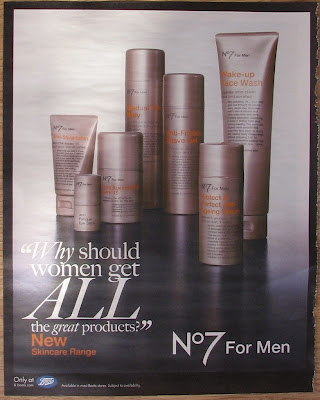 There were actually all sorts of things I could have gone with: As a colour combination - including my favourite at the moment orange!; all those fabby fonts; "Why should women get all the best birthdays" but I went for the rather more simple 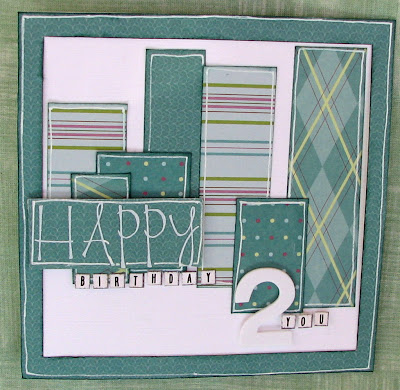 which for some reason (not wine) I photographed on a cushion. It would have been easier to mount a white card onto a green one but instead I cut out a frame from MME paper and used some other double sided ones as blocks. This would be a great card to use up scraps and ends up quite manly I think!
I also used some Making Memories Heidi rubons. I discovered that some of them had stuck together :( so I won't be saving them for best any more! Adornit mini letters - I see MM are bringing theirs back again - hurray! American Crafts Thicker number and some white pen.

It is Scrapbooking Day tomorrow. I will be mostly working though - boo hoo - although that does include card making club at church. I hope you have the chance to do something creative!

And I am happy as my new computer has arrived. NOw I just need to get the info from the old one loaded onto the new one - though it is quite nice having empty files for now!
Posted by Lythan at 9:56 am

Great dare, Lythan! Love the way you've taking inspiration from the ad. Will have to get my thinking cap on for this one - adding to my list. Hope the head clears after the wine. It is wonderful how Alpha is used for people to explore faith and journey on - we were involved in running Alpha locally for a few years a while ago.

I enjoyed this dare - even though I was clueless as to what to do till the day before it went live!
I love this card, the layout is wonderful and those papers just lush!