Argh, why didn't I

post sooner as I have so much to say.
In fairness life has been a bit mad since I last blogged.
I had a really good time on Saturday at the crop with my friend Sue. 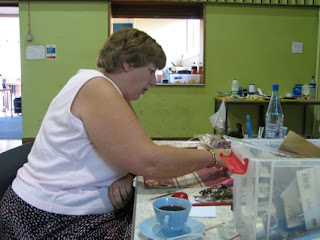 We had good table room and a goody bag and loads of papers. And loads of lovely cakes which you can see in the corner of this picture of Sue concentrating!.
The church hall is a good place - except for it being upstairs (we are getting a platform lift soon which will make life easier) - roomy and light. 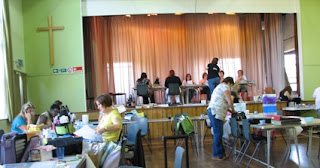 I just did one class (classes were on the stage) which was very enjoyable. I had to finish it at home. I'm not showing the whole thing yet as it is a present for my God-daughter and her mum reads the blog. 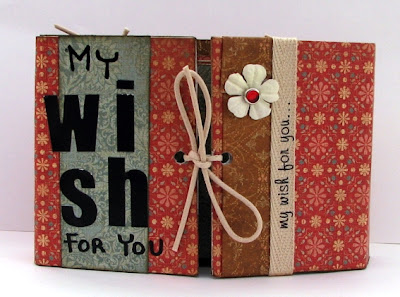 It is a chipboard fold out book which is so sweet inside - come back in early October for the rest!
I also almost finished two layouts which were completed at home. 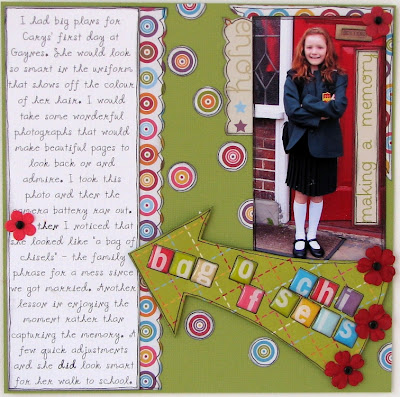 This one went a bit wrong but was saved by Sue's suggestion. It is still tempting to rip it up and start again. All papers from the August self addressed kit, plus some prima flowers (which may have been added because my sandwich squished on the journalling I had printed out. The sandwich I ended up bringing home again. I did eat cake though) 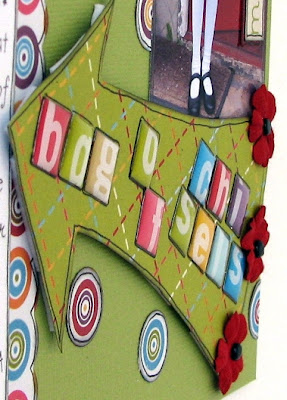 I like the hand cut arrow and the KI candy letters though!

This one I am much more pleased with 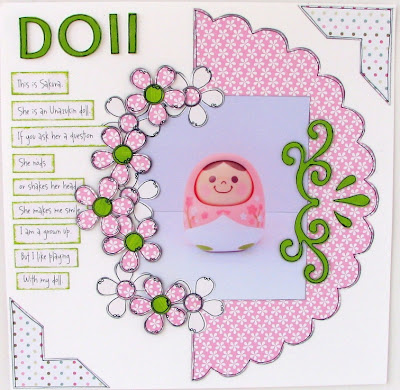 all papers are Piggy Tales - Gretel I think.
Green elements are painted with a Ranger Dabber. I traced round a piece of scalloped circle Bazzill and used the Whale of A Punch flower just a little. "Doll" is made with painted Thickers by American Crafts and I have finally used one of the wonderful Fancy Pants chipboard bits I won in a rak by the uber talented Tracie Hudson.

I had put together several page kits and although I only did two I think this is the way to go for me at crops.

When I got home I was introduced to our two new house (well garden unless they break in) mates.
Duracell 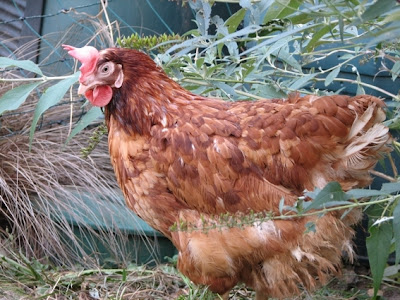 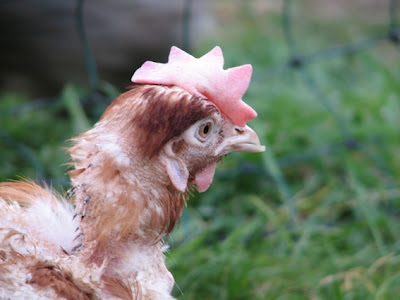 Our rescue hens! Phil and Carys went on another Chicken rescue on Saturday and brought these two lovelies home with them.
Windle is actually a very sad sight - I have used a head shot not to upset you. Her wing has barely a feather on it and she is a little bald on top. Both hens combs are long and floppy as you can see - a result of living in a confined space. They have settled in well and Mrs Miggins is actually co habiting with them already without too much fuss . Phil had separated them to protect the new girls from too much pecking order business but Mrs M kept breaking in to where they were segregated. She obviously misses the company since Spot died!

Today I have finished a class page and taught at Imagine That. But showing that page will have to wait as it is time for family meeting and movie night - Happy Feet which we have never seen!
Posted by Lythan at 5:11 pm

Enjoyed your newsy blog, those poor hens - you are doing a great job there. Love the bag of chisels. Janice

I must have been concentrating very hard on my layout because I didn't know you'd taken that awful photo of me. Good day though, wasn’t it and the layouts are both just fine, honest!

It made me so sad to hear about the condition of 'the girls' but at least they'll have a lovely new home from now on so I hope they'll settle in soon.
Love
Sue

ditto with Farmersgirl....keep up the great work!

Glad you enjoyed the crop and super results - including the one you're not sure about - it's perfect! Lovely to see Sue, as well.

Meant to say that I hope the chickens settle - and I'm sure with your tlc they will soon recover.

Fabulous little chipboard book, love it & I just adore that layout of the doll. Such fresh sweet colours, reminds me of spring.
I had a great time working with you as Guest Designer on DCM, my mojo is very much in full flow my only problem is there aen't enough hours in a day!!
Never fear, from 15th Oct, I begin my holiday program & will only be working 3 day weeks until Jan '08!!!!

Great book. Hope the chickens get on ok.

You have been busy Lythan, some lovely layouts.

wow. You've done soooo much since I had time to blog-ho!
must remember to come here more often so I don't miss quite so much!

Bet those new chooks are happy to be with you, hope they settle well and are soon producing loads of eggs.