Not so happy feet.

Gah! What a terrible film. It could have been so good with the whole concept of what happens if you are not like everyone else? But instead there is a feel good ending that is so false because we are still over fishing and warming the planet so the whole penguin habitat could be lost. And Hywel and I had a row because he refused to watch it. His watch it ironically button was off and all he could see was a film for babies. I did laugh out loud at several things but all in all would rather I hadn't bothered when I got to the end.

So I did some more work on the next Imagine That Project and then watched an episode of Heroes that I had missed. I have a bit of a weird crush on Hiro. He is so cute. So the gore and tension and peculiar goings on managed to wash the nasty taste of those b****y penguins out of my mouth!

So here is the layout that will be taught at IT along with a layout very similar to this one that I reproduced in 12x12 form. (But didn't photograph!) 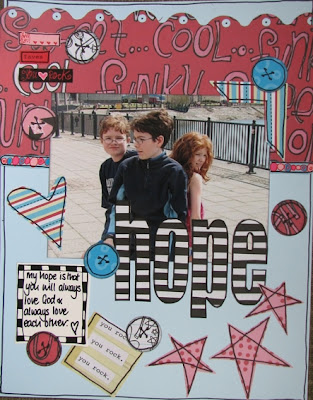 The aim is to use some of the papers that people might find more challenging - Love, Elsie Roxie and BG Periphery. I accidentally used some of the Roxie line that Emma did not stock so she is stocking it now (blush) but I managed better with the new one. I tried to make the Roxie layout very freestyle and the BG one less so, to show you can use rather "in your face" papers with "ordinary" photos. 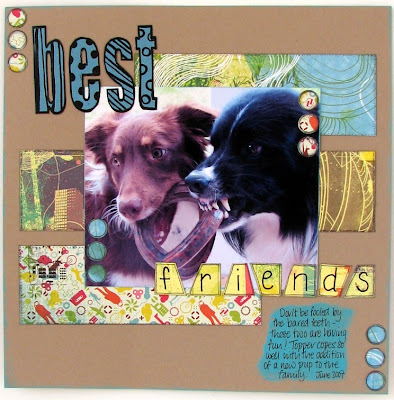 I did add in a couple of techniques for people to try - journalling on paper (expect to see more of this!) 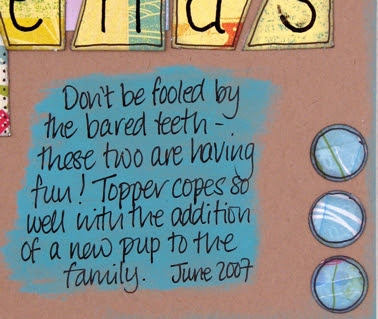 and using glaze pens to doodle on the letters. 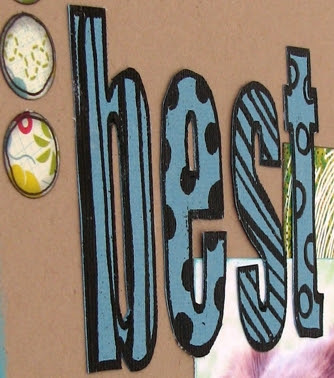 I do love those tall timbers alphabet stamps. Not cheap - but so versatile! I just hope some people want to try the classes now...
Posted by Lythan at 1:28 pm

Shame about the film (haven't seen it, but sounds as if I haven't missed anything!). Love the LO - sure folk with want to do the classes. The letters are super - good idea to doodle on them.

These are fabulous & funky. I love how you got such a great pic of the kids & surrounded it.

Great layouts Lythan, but then they always are!

These are just fab Lythan

Oh at LAST! Someone who like me thought the movie was BAD! WOuld have loved it if it had ended when he got the girl - but somehow we ended up with a whole other movie tacked on to the end and I hated it!! UGH!