I was involved in a car accident this week. An easily done, not realising that the car in front is not actually going to move onto the roundabout shunt. At first I thought that our car was ok, but the damage to the toll bar, its age and mileage (160,000 plus!) means it is likely to be a write off and so I needed to get the insurance involved. Everything is going fairly smoothly but what I can't get over is having honestly answered that my back was a little sore, I am being urged to go for a personal injury claim. They keep ringing back to check how I am. And to be honest, there is a little bit of me that thinks "oooh, we could do with that cash, what with having to buy a new car" (something tells me we will not be getting much from the insurers for that). But I am not seriously injured at all and it would just be wrong. So I won't.

Phew, needed to get that off my chest.
So its been another month and a bit since I blogged.
same reasons, full working life leaving little time to craft and blogging has always been the cinderella part for me. I've not been participating in many Daring Cardmaker challenges and I have a lovely Quirky Kits box calling my name - but not much time to play just now. Its all good but I am feeling the crafty withdrawals and know that means I need to carve out some time to get lost in it.

Amongst other things this month:
I went to see a funny and participative and touching one man show Every Brilliant Thing that was about dealing with his mums mental health (much better than I made it sound)
I went to tea with the Bishop (not just me mind)
I visited Birmingham and Derby for work in the same week
I started wine Wednesday, which is me working by sitting in the pub and drinking wine - guess when.... we have only had a pub here for 5 weeks and it is still very exciting!
I have gone for more red than pink in the hair and have new specs 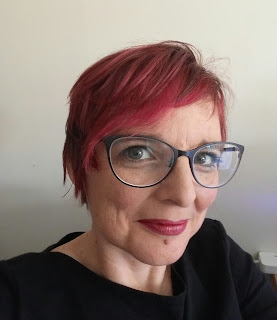 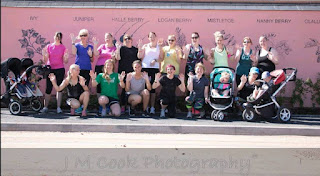 also a non running night out! 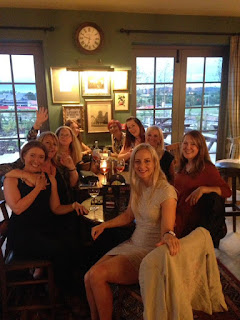 and my first park run. 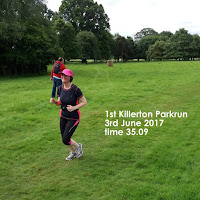 So far my only parkrun as I am not running this week since the bump, just in case (ok I'm lazy)

So lets look at cards rather than me now.
I'm going to go backwards so i remember.
This week it was my turn to set the challenge and I went for "I must go down to the sea again"
I've now lived in Cranbrook for just over a year and I love it here so much. But I do miss the sea. This is what was just 5 minutes from my old house 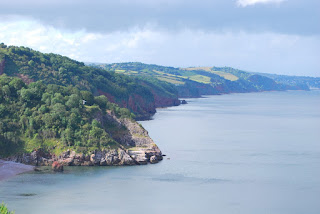 every day it looked different and I never got enough of it. So i wanted cards inspired by the sea. Mine is probably the most abstract 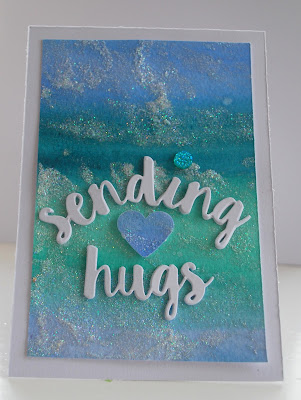 but it was also pretty simple. I took some watercolour paper and swooshed various blues and greens over it with a thick brush. After that had dried I got out some glitter paste and added some lines of texture with my finger. I then found some sparkly glue, added that over the still bare parts and then sprinkled extra fine glitter over that.
While it was all drying I cut out the sentiment three times and stuck it together. The arc on "sending" was a happy accident but I quite like it. However there was a gap I didn't like left in between the words so I took a discarded part of the painted piece and punched out a heart which was raised on a foam pad.
It was all stuck onto a top folding A5 card and the finishing touch was a Prima dot as I lost the "i" along the way! 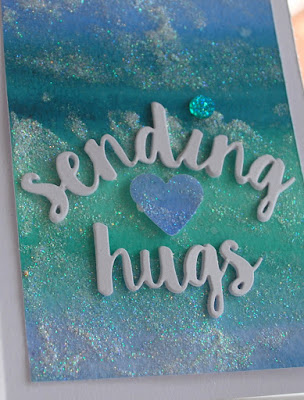 The last dare I did before that was the June elemental challenge. Here is the  inspiration 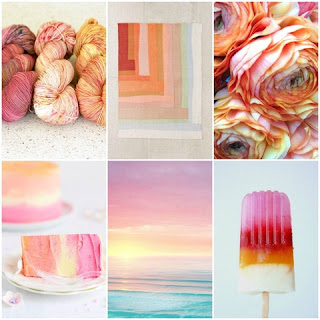 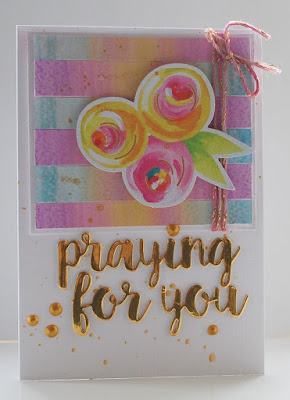 I used watercolours again, trying to emulate the colours and sequence in the sea photo. But then decided to make a log cabin patchwork pattern as per the top middle photo. That didn't quite work so I ended up just alternating the strips and tying them together with some string.
I was going to cut out some flowers but then spotted this die cut which went perfectly and saved a lot of time. It has some gold on it so that was all the excuse I needed to bring out the gold mist and use gold card for the sentiment, finishing up with some gold dots. 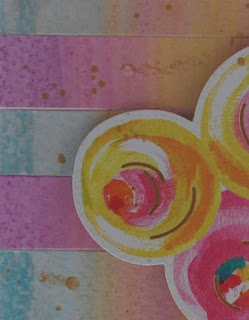 The Dare before was still in May.... In a tea cup
I knew that I had a tea cup stamp. I had to turn out almost every stamp I had to find it. I have too many stamps not organised properly.... but I was so pleased I found it I made two cards 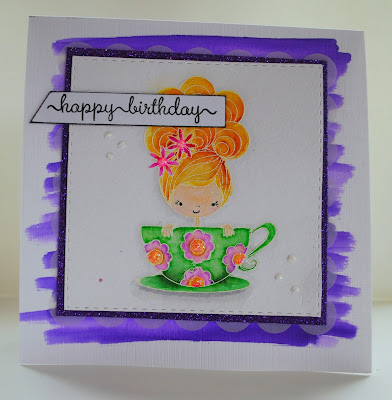 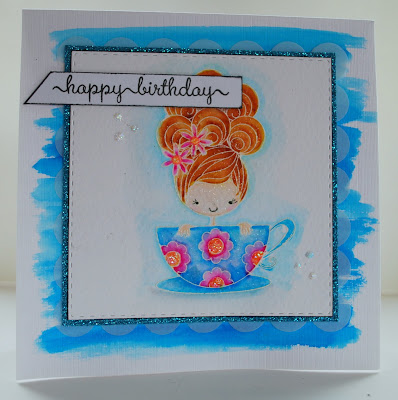 both coloured with Zig Clean Colour pens, die cut with a square die and matted with glitter card, stuck onto a painted backfround with some Wink of Stella and glitter glue sparkles.

Right if I crack on with some work now I might have more to show next time I blog!

Posted by Lythan at 1:20 pm No comments: