I feel like I have spent the last week in the car going from pillar to post, what with people to visit and sons who miss the bus/lose a lens from their glasses/miss the train to Uni (not his fault but it means his dad has another road trip tomorrow) and meetings to attend. Ah well, life's like that sometimes. I've actually had a week of (whisper it) no evening meetings and I can't remember one like that which wasn't holiday before so I have had a chance to catch my breath.

But there have been a lot of things on my mind which is why this week's Salt challenge was perfect for me. The theme is "Worry" and the key verse to think about is Matthew 6:34. Eugene Peterson has interpreted it so well in the Message as you can see from the text on the right of my photo 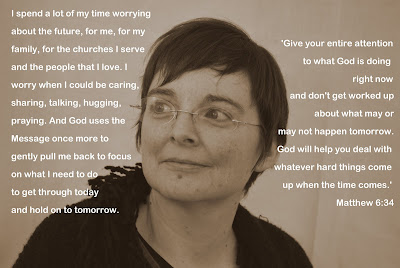 My computer was going bonkers when I was doing this. It keeps double clicking when I single click or something and I would write all of this out in Picasa and then it would disappear. Doing it 5 times was a real test. Maybe because I need to learn this verse off by heart and really, really make it part of my life.

Here is the layout that frames the photo 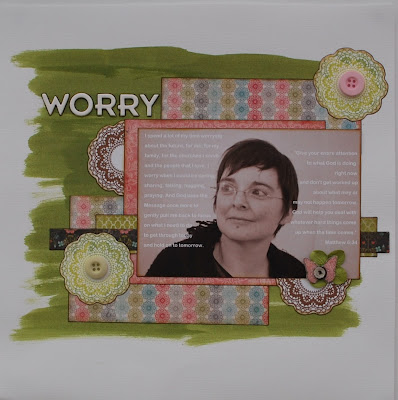 Here is my rejected Pencil Lines submission. Sob! Still it was rather over ambitious and I do like the layout anyway which is the main thing 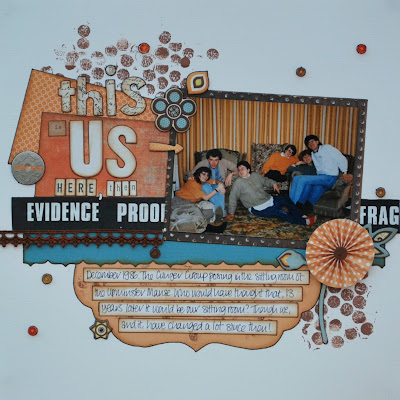 It actually looks better in real life - I just couldn't get the white colour balance sorted. This is us with the Ginger Group youth team in our current sitting room which now looks very different. I used a bubble wrap stamp and loads of old Basic Grey papers and chipboard along with an American Crafts rosette, some glass beads; gaffer tape, a WRMK brad thingy and various different letters.

Almost time to go out to Carys' Gifted and Talented Open Evening. Wish I wasn't going as a) it was Parents Evening last week and b) we are supposed to be talking to our kids using someone's paradigm thingy that I don't even understand. And maybe tomorrow I will have time to think about my Sunday services... No rest for the wicked
Posted by Lythan at 4:41 pm 2 comments:

Life can only go faster...

(sung to the D:ream tune)

Yes, every time I think I have some time it gets eaten away. Sometimes because I procrastinate. But I do learn an awful lot from the Internet and some of it is even useful...

This week I made some canvasses like the Christmas presents for mum and mum-in-law for Mother's Day. Mum has had hers as she and Dad were here for a few days while she attended a meeting in London. we are a convenient stopping off point which means she isn't so weary from travelling and we get to see each other. That is the problem with full diaries and living far apart (about 4 hours drive and can be more. Was once remarkably 3 and a half and I still don't understand how I did it!)

And I have made some samples for a card class at Imagine That - I'll show them when the next brochure is printed. My Minds Eye Stella and Rose is a fabulous range of papers!

So all I have to show is my Daring Card this week and a few others I have made to add to the pile I need for birthdays etc. Kathy set us quite a tough dare (in my opinion) - the Book Club where we were to take our inspiration from books. I thought about bookworms which led me to one of my fave kid's books. 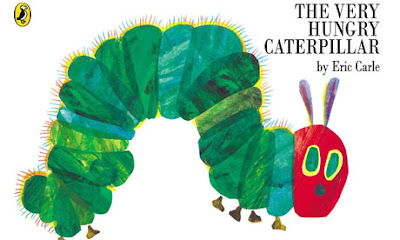 Funnily enough Nat put the iconic image on her blog last night but I had already started the card - honest!
It didn't actually work as well as I had hoped. The background sun is taken from another page of the book 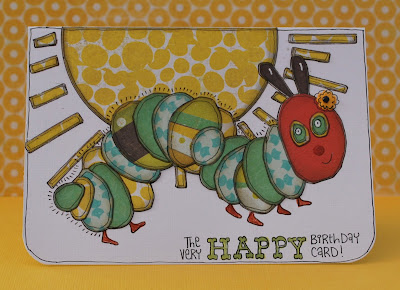 The papers are all Crate Paper - mostly brook and a little of the cowgirl for the head. "Happy" is stamped with Banana Frog stamps. I added proper eyes and a smile as mine looked rather ghostly. Or was that because I was listening to "Pride and Prejudice and Zombies" while I made the card.

Here are a few more cards using up my old Crate Papers. I love them so but it is satisfying to empty paper folders! 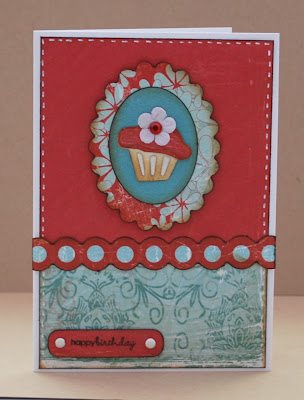 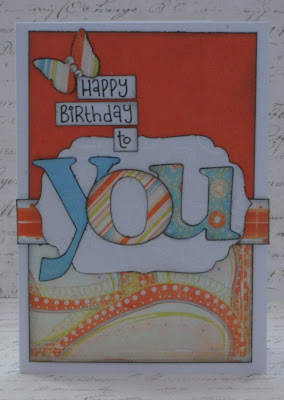 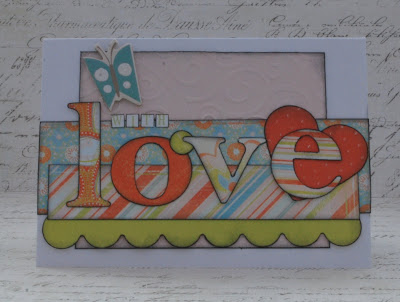 I have a busy weekend but then a rather leisurely Monday. I am hoping that the copy of the BBC Pride and Prejudice I ahve ordered arrives tomorrow so I can introduce Carys to the joys of Colin Firth being broody. Things can only get better...
Posted by Lythan at 1:27 pm 6 comments:

Who is the Time Theif?

Two weeks since I last blogged. I feel so bad...
Sometimes my life is just a bit complicated. Being a Minister can mean some funny working hours and situations that leave you surprisingly drained. Its not like being a doctor or a miner but it is one of those roles that can take up all of you if you are not careful. Which is why I have hobbies (we are seriously encouraged to have them!) and I try to keep up being creative even if I don't blog. But i know how frustrating it is if you follow a blog and it goes a bit dormant so sorry for that.

There is a fair bit I could show you but its another packed weekend ahead so I have to get down to proper work as soon as I can so this is the bare catch up.
I missed posting my last Daring card - perhaps because I didn't like it?
Anyway the Dare was great - to add homemade embellishments to your card. I do that all the time so super easy right? Well the muse didn't really strike so I ended up with a layered flower that I wasn't totally happy with. However the other examples by the team are gorgeous so if you haven't loooked at them - go and admire right now! 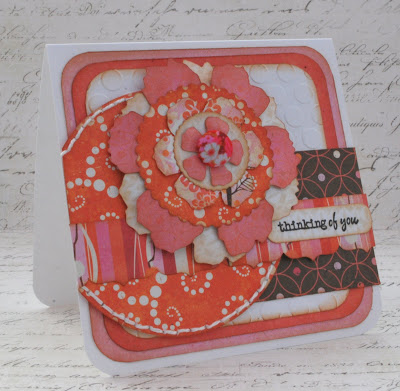 This week Jo asked us to use stamps - not the rubber variety! I was stumped for a while until I remembered that my Cuttlebug came with a stamp die and embossing folders. 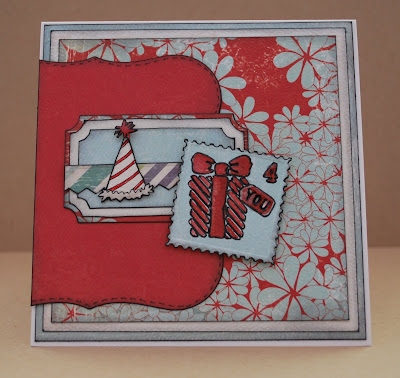 And finally Salt for this week. Hazel gave us the theme of trust. I wanted to express my bewilderment about events that are happening - both personal and global that seem so unfair and incomprehensible. All I can do is trust in god and put my life - and those of others into his hands. 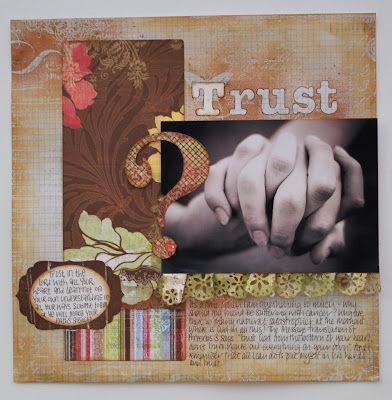 The photo is from Free extras - a good source of photos. There is a lot of inking, spraying and covering up mistakes! The papers are lovely Basic Grey urban couture. I'm working through my old Crate papers (as you can tell) I think Basic Grey may need to be next!

Here is a close up of the Bible quote 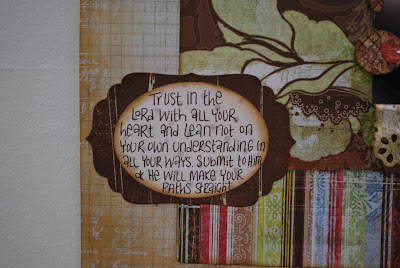 and my reflections on trust

H comes home tomorrow for an almost 2 week break (he is going back early to avoid Friday prices and weekend trains). It will be lovely to see him.
Posted by Lythan at 9:38 am 5 comments:

cos I'm running behind (again)
So straight on with the crafting! 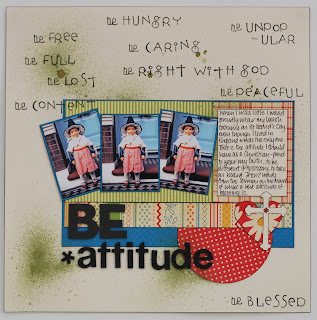 This week on Salt Stacy challenged us to think about Attitude. I was obviously still in St David's Day mode as well as continuing to reflect on the Sermon on the Mount as the two things came together. I thought about how important it was to wear my heritage as a child and how I should always wear the attitude of faith today. I've never taking the Beatitudes and turned them into attitudes before but it has really given me a lot to think about. Although i don't really like how the layout turned out I do like the thought behind it! It is based on a Shimelle sketch 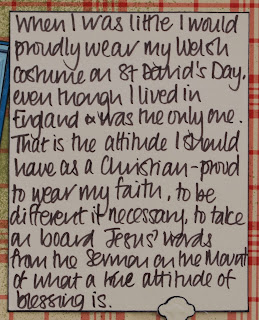 And then there is Daring Cards - we are in March - yip! and so the flower of the Month is Daffodils. (I am ashamed to admit I don't really like daffs - I'm more of a tulip girl meself). I used a sketch that I made whilst browsing through some Cards mags in Imagine That so I can't tell you whose card I have lifted. 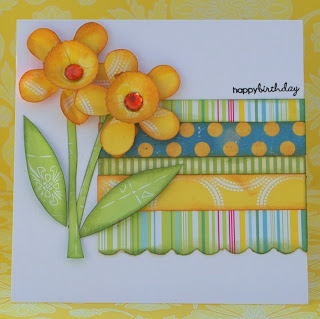 I made the daffs using the retro flower large punch and cutting a petite scallop circle and snipping a quarter out of it. The gems are the same Poundland ones as last week coloured with a sharpie pen.
Other materials: Cardbase: Craft Creations; Papers: Cosmo Cricket, October Afternoon and Crate Paper; Stamp: Imagine That; Distress Inks: Wild Honey and Peeled Paint

This Sunday is finally the last one before Lent - we don't normally have such a long lead in! So we will be thinking about Jesus on the mountaintop being seen in all his glory. It is a strange and wonderful story. I think what it means is that it is one of the times that we can see that Jesus is more than just an extraordinary human being and that whatever happens - we should listen to him. Lets hope I can share that with the congregation on Sunday! Because I now sometimes have two services on a Sunday morning (but don't this week) I can attend my Romford Church where the Junior Church have been working hard at worship that they are going to lead us in. I'm looking forward to being fed!
Posted by Lythan at 2:23 pm 7 comments:

Dumbing down? I think not!

1: Happy St David's Day! Its the day for being (extra) proud to be Welsh!
Here I am a short while ago in traditional costume. 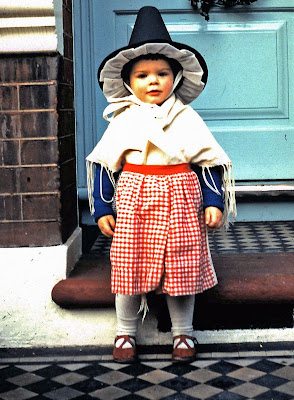 If we lived in wales my kids would be getting at least a half day off school. But they are not. we will have leeks for tea though

2: The dumbing down bit. we watched Solomon Kane last night (5 out of 10 but it is unusual to get theological reflection in a film that also involves blood spatter and decapitation). There were some characters dressed up like this. 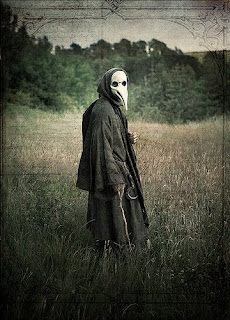 "What are they supposed to be" Phil and I asked. "Plague doctors" said our two almost simultaneously (but not close enough for "jinx"). "Whuh?" said the parents (including the one with History O Level) "those masks are full of herbs" said one child airily, the other nodding corroboration. Readers, I have never heard of such a thing and yet, here they are (ok so its not always correct but even so). Please tell me I am not the only one? So, obviously not everything is easier than in my day - or Phil's which is even older.

In crafting news I managed to do a Sketchy Thursdays sketch on time this week. whee! 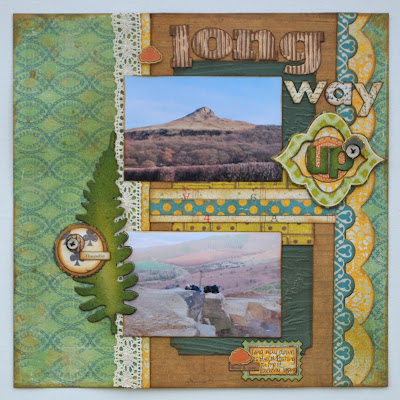 I turned it around though. It is all about us climbing up Roseberry Topping and looking exhausted at the top (I really was!) 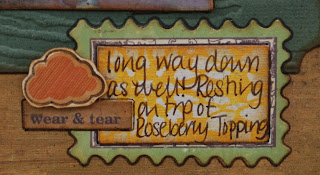 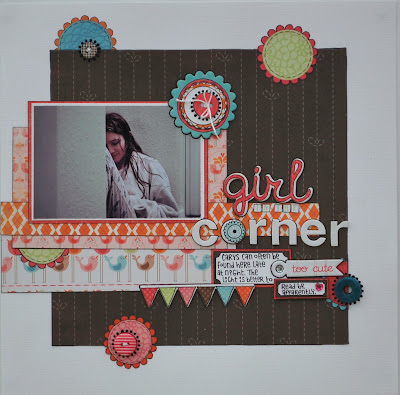 This one features Carys sitting on the landing just before the turning to her room. Her teeny room is down a narrow wonky corridor and the lighting isn't great in there. so she sits here quite a lot to read. It never looks that comfy. she had just had a shower and her hair is wet, not super greasy! it is based on an old Pencil Lines sketch 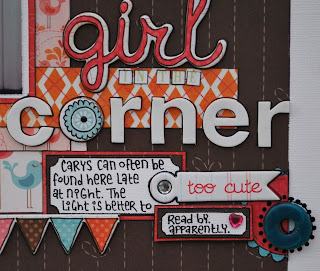 I think the title is probably a mistake on this one 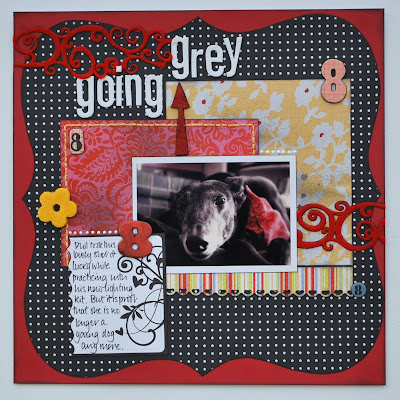 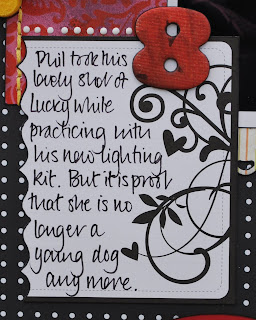 Back to reading about being teams in management Studies. I may have read too much of this (for my dissertation) but it is so, so interesting! (No mention of Plague Doctors in there either...)
Posted by Lythan at 2:04 pm 6 comments: