Yesterday my parents left. Today my mother in law and Auntie Jones and their 5 dogs between them should have arrived but they are delayed until tomorrow. Which actually means we are ready for them. But have had some quiet just the family time too. (tonight we laughed together at the Not the Nine O Clock News retrospective. I used to watch it on a black and white tv on my own rather in colour with my parents so I could laugh at the rude bits. I'm glad we are able to laugh at the rude bits together. Though I refused to explain to Carys what was so funny about the last song they sang...)

And Christmas went pretty well. I think the moment at 12:30 in the morning as we returned from church when my mum suddenly remembered she was responsible for the turkey and we went to fetch the meat tray from the bottom of the oven where all good vegetarians keep them all year round and could not find it (but it stays there. SO who has pinched it?!!!) so Phil had to go to church and borrow a meat tray from there at very late o'clock - will remain in the memory.
The slinkies were very popular stocking fillers. Not to slink down the stairs but to work as executive toys. Everyone liked their pressies. I was thrilled with my corner rounder (what the one you picked out yourself? Yes but I didn't wrap it) I didn't melt down (well except for a massive head ache Boxing Day which sent me to bed after making lunch and before eating it). All good.

And the services were wonderful (though I say so myself!) Pyjama service there were 15-20 kids and their families - most of whom don't come to church so it is building up to be an unexpected outreach worship. Midnight was full of expectant awe and wonder (except when two of the advent candles wouldn't light. Pah! At least the Christ candle did as it failing to light kind of blows part of the point of the service that the Light of the World has come) And Christmas Day was full of love and joy and laughter and celebration - even though the heating had failed to come on. I allowed myself to keep my coat on. That lasted halfway through the service. I think the fingerless gloves stayed the whole way through. Can't do that any other worship!!! It is lovely having these three services so close together, each with a different dimension of celebrating God with us. And then of course it was Sunday again all too soon! (How can I say that? I meant hurray - more worship time together! With heating!)

Today I had to pack up the craft room and turn it into a guest bedroom/quiet sitting room. Something will have to be done as there are more and more boxes and less space. Will I manage to use more and buy less in 2010? But before that I made some cards. I have one for the next Get Funky! Challenge (my first to set) which you can see on Saturday. But here are a few cards that I made to give the in laws as part of their Christmas presents. It is the time of year when I am short of cards so had to make more! 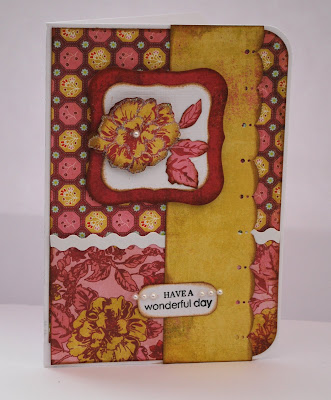 This uses Basic Grey Lemonade and my new corner chomper. That will feature A LOT. Sentiment is by Imagine That 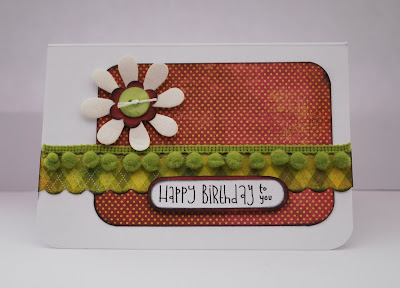 Ditto for the papers. Auntie Sarah bloomer. Pom pom ribbon from somewhere (sorry!) and hand written sentiment
There is a bargain basement sale at Artbase at the mo so I popped in yesterday and scored 2 sheets of double sided Penny Lane patterned paper and some die cuts too all for £1. I've made 4 cards so far and there are still loads of bits left
2 something like this 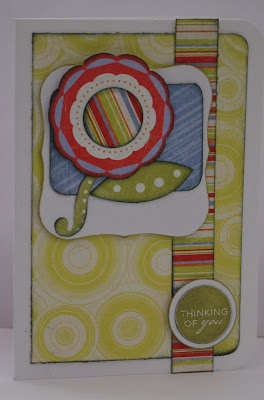 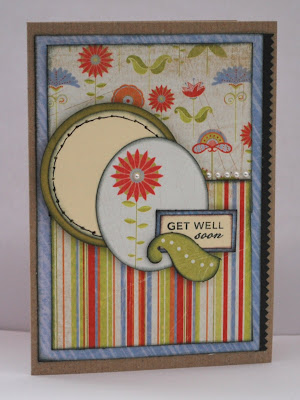 the latter being developed from a sketch on Emma's Paperie
I was feeling like all my cards are samey so I went and had a look at this site and the sketches and what they produce are wonderful. You'll love it!
(Unless you are one of my non crafting friends then you will probably just shrug your shoulders and say "I couldn't care-a-less Lythan" which is also fine by me. Don't look at it then) 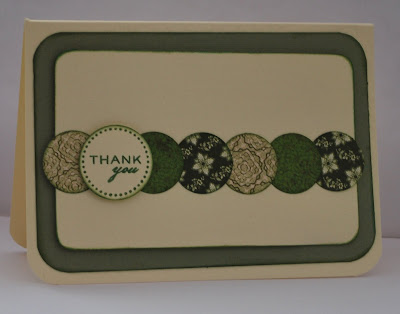 the final one for today is a secret
1: because it is for a friend whose birthday is in January
2: because it should have been part of the Christmas present and I couldn't give it up! 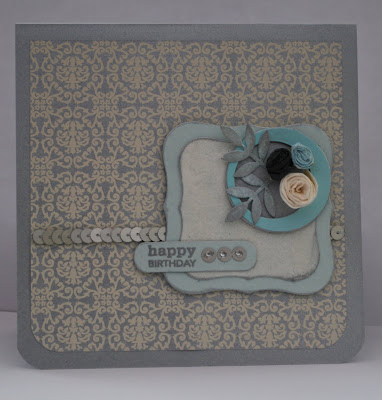 I treated myself to a Crafty Templates December card kit (now sold out) and it is just beautiful. Silver card blank; matt silver sequins, so much lushness. The hand made papers make wonderful rolled flowers. I punched the leaves out of the blue card in the kit and embossed them with silver, deliberately leaving some of the blue show through. That Hambly paper shimmers - it is beautiful though I do say so myself. (And there is a new kit up on the site - red and kraft so I will link you to that instead as they are fab value)

Now I really must go to bed. Tomorrow will be full of woofs and paws and happy new years!
Posted by Lythan at 11:11 pm

Fabulous cards Lythan. Glad your services went well - even without the heating! :)

Happy New Year Lythan love your cards and thanks for the inspiration. :)