And a day late

with my Salt layout.

Work life has been quite hard this week. Some demanding meetings and follow up (they do drain me darlings!) plus it being Christian Aid week so I have to fit in collecting. I ahve to say that it is not bad so far. A fair few people were out. I've done the same road for 3 years now and collect at randomly different times - some houses there has NEVER been a reply. I'm also more aware of who is probably going to say no so I am ready for the rejection. (Me, take it personally? Never!). I am sad when I can see that people just can't be bothered to go and find a few pennies to put in an envelope. Almost more than those who on principal don't give to charity or who don't want to support a Christian charity or who already give in other ways. But most people are generous and polite and for those who are able to give - I thank you.

Oops, forgive the soap box moment! Anyway I finally finished my Salt layout yesterday. Tanis gave us a Biblical quote and a CS Lewis quote to mull over. I used the Bible on my layout but not Lewis
"Put first things first and we get second things thrown in: put second things first and we lose both first and second things" (C.S. Lewis, God in the Dock)
which is fabulous isn't it?
When thinking "so what photo sums that up" I had a look at Phil's Flickr account and saw this wonderful photo which I publish without all my bits stuck to it as it needs looking at all on its own. 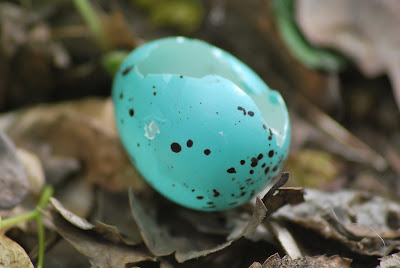 I wanted to say that if God can make these wonderful tiny things then we can relax and obviously put him first. 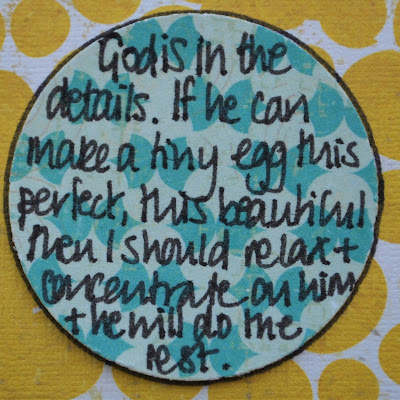 I had to use my Crate Paper Brook collection as the colours went together so well. I've got enough left for another layout fortunately as I love these papers! 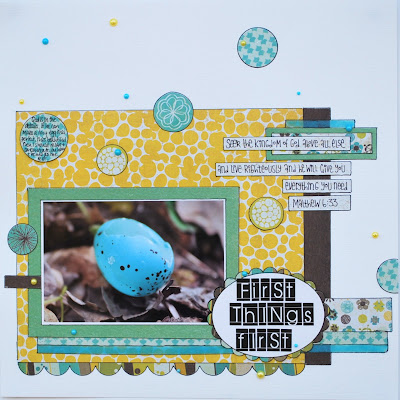 This layout is loosely based on a Jana Eubank sketch. I also used red sticky tape and some fuzzy felt powder stuff (what's it called?) that was 99p for 4 pots from the Range. The letters are Jenni Bowlin and I also used Nesties Ovals; Prima and Papermania sticky pearls.

I'm obviously in a yellow/aqua mood as all the things I have to show today use those colours!
Next is my Daring card. Today's theme is...
A-Bunting We Will Go!
I knew that I had some Banana Frog bunting stamps somewhere that I had to have but have hardly used. 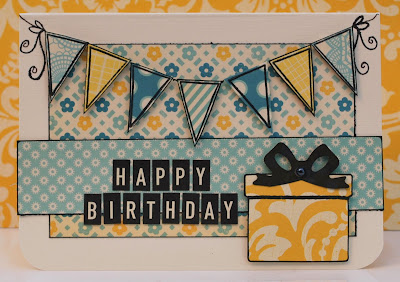 so I stamped and cut out lots of flags - enough to make another card I think! The ribbon is from the stamp set too. Also used October Afternoon papers and stickers; a Sharpie pen, Sizzix parcel die; Papermania pearl; corner rounder.

And here is the layout that I actually made before either of those things but haven't had time to photograph! 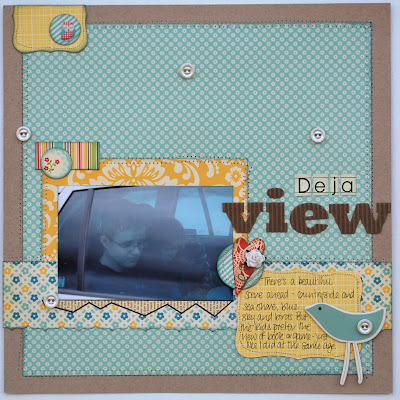 And there is sewing on it. Real actual zigzag stitch. The layout refers to the fact that given the chance to look at a view or stay in the car and read, the kids make the same choice that i did at their age! Also used Nesties and QK diess; buttons from stash; Jenni Bowlin trim, paper flower and Cosmo Cricket chipboard 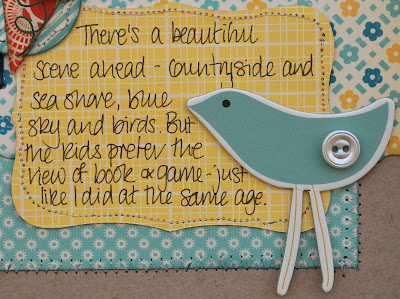 Loads to do this weekend - including making cards for my birthday boys (Sunday and Wednesday!). And of course Christian Aid collecting round 2. Have a good weekend.
Posted by Lythan at 11:16 am

Love the 'deja view' - reminded me of taking E on the steam train from Swanage & kicking her at 10 minutes intervals to try to get her to take her nose out of the book & look at the LOVELY VIEWS!!
Not just me being a bad parent, then! Phew!
Also loved the 1st things 1st - your'e quite right that we need to trust God more. I have 'go and do likewise' ringing in my ears.
x

Absolutely beautiful work Lythan. :) Both the layouts are fabulous and I love the colours. Fantastic card!

Love the egg picture and the layout you made :) Gorgeous bunting card and the Deja View layout is just brill. Mine will be the same when they have a choice!

Love every single one of them - I can see why you love those papers - they're WOW!

Thank you! On a new road for Christian Aid collecting this year and I got ONE (count it, ONE!) contribution. Your post has made me thankful for the 'tiny thing' that is that lovely lady's gift.

As my Scottish aunt said, 'Many a mickle makes a muckle' and, truly, with God every little thing is important. THANK YOU!!

Wonderful layout for the Challenge - and wonderful thoughts!! It's so true!! :)

Two wonderful LOs, a fabulous photo and a perfect card for the bunting theme - love all the things you've shown here Lythan

Gorgeous layouts! I love your bunting card too - it inspired my own version!