Where has my baby gone?

When we moved to Upminster Carys was just turning 3. (Her first memory is her 3rd birthday tea with a pink pig cake). She was really too big for a high chair but too small for a regular one and so we purchased one of these. 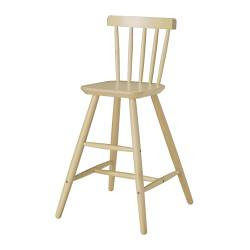 Best IKEA buy ever. She was sat on a proper chair but with higher legs so that she could feel really grown up.
And she has never wanted to sit on anything else to eat her food.
Except this week she has finally had to admit defeat. Yes, at age 14 her (admittedly still very petite) rear end will not fit on the chair. Sob!
But we have had our money's worth out of it I think.

When we first bought it she was a year younger than she is in the photo I used for my Salt challenge this week. Pauline set the theme of Transformation. Although she talks about butterflies I was determined not to use them as they tend to be my go to embellishment of choice. So I decided to use the photo that Phil had just rediscovered on the hard drive of our wee three on the London Eye. 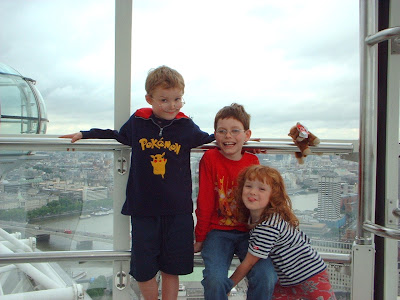 The photo says it was taken on 19th may 2000 but that is a bit odd as it is Em's birthday and it was when their cousins were over from Canada. Now I didn't go with them to London as I am wimpy about going on the London Eye. Plus mid May seems a bit early even for Canadian schools to be finished so whether the date is correct or not we can't remember. But they do look cute. Especially the Milky Bar Kid. 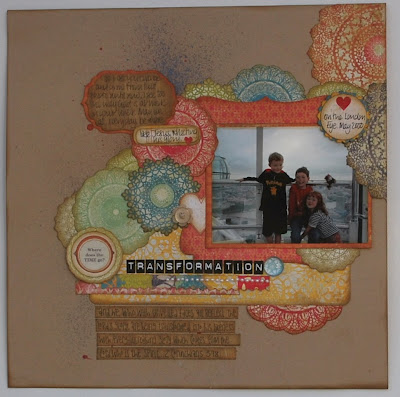 All the Papers are Crate Paper Restoration. Lots of hand cutting of the doily paper. I added a few nestability die cuts; a Prima glass bead; K and Co letters; button from stash and pearls from Imagine That. The two red hearts have glossy accents on them.

Here's the words in close up 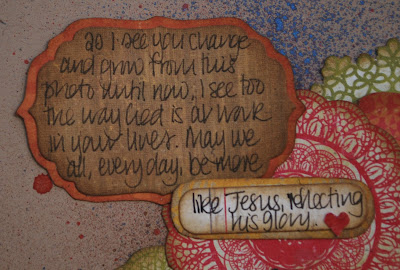 I love this wood grainy paper from the collection. Well, I love the whole thing!

Today's Daring dare was set by Lynda. My card isn't bad but I am in awe of all the others. My Team mates are always awesome but somehow this challenge has seen them all raise the bar (while I sail blithely under it). I have banned the team from every doing themselves downand I am not doing it here so that everyone says "but your's is good Lyth". Its perfectly fine (as Mark Kermode says at least once a week on the Film Review on a friday afternoon) but the others are amazing.
The theme is "A time to remember" and the invitation is to use a poppy on your card. well I have the Papermania build a poppy stamp so used that. What I didn't have was a rich bright red to make the poppy out of. I used papers from the Basic Grey Cupcake range which I bought a while ago for about £3 the lot at Alexandra Palace. Some of the designs are a bit Hmmm but those solid colours that BG do so well are as fab as ever. 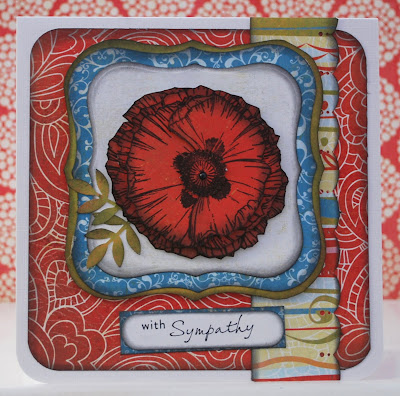 So its a white square card blank with rounded corners and lots of layers. I also used two Martha Stewart punches; an Imagine that pearl and a Waltzing Mouse sentiment (which is slightly squiffy I know). And I decided for once to go mad with the foam pads. Yes I know how to live a little. But it does man the card will have to be hand delivered 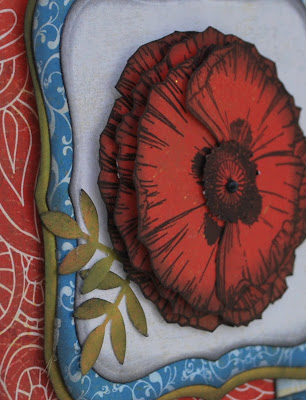 I'm starting prep for my Remembrance sunday service. Its a bit strange this year because having services at 9:30 and 11:15 means that we miss the 11 o'clock at both so it will be interesting to see how each church deals with it. I do think that remembering is important. not to glorify or glamourise war but to give thanks for sacrifice made - by men, by women and later by their families and to pledge once more to work for peace.
Posted by Lythan at 10:16 am

Oh I love the story of 'the chair' it'll become a great heirloom and that's a fab photo of the kids too. As for the card it's a stunner as always and what a beautiful poppy - I'm always envious of how you manage to get so much colour into your cards.

You certainly got your money's worth out of the chair. Love the poppy card - a great thoughtful dare this week. Your Salt LO is superb - all those doiley shapes - what patience! and lovely to read the journalling too x

I love your SALT layout and your card! The chair story is brilliant - got to love ikea. Seriously though, your layout on the transformation theme is so detailed and the journalling is perfect.

I just love that scrapbook page... and that card is gorgeous!!

I'm so late commenting on this!
I bet you're not finished with that chair, Lythan - definitely a contender for "saving for the grandchildren" hehehe
The LO is fab, the photo so cute and I love your DCM card - I'll be back later to see the new one....