that is me! I've just got shedloads of work at the moment, all of which needs doing NOW. Most of it is good stuff - I'm just feeling sorry for myself. I'll be out of balance for a few weeks until Lent and Holy Week are over and then life will be easier. In fact almost too easy as I have three holidays booked between April and July plus a week away at Ministers Spring School. Still as I only work one day a week anyway...

I did manage to squeeze in time to make a card for this week's Dare on Daring Cardmakers. Just as well as it was my challenge! In fact I made two cards but the second one has had a Liquid Pearls disaster. Well it has had two in fact and the second didn't really cover the first and I haven't had time to do anything about it just yet. Do you want to see it anyway? Maybe you can suggest how to make it better. I'm determined not to just toss it as it took a while to create

This is the one that went on the blog anyway. The dare is called "Make a cute angle" and involves using geometric shapes 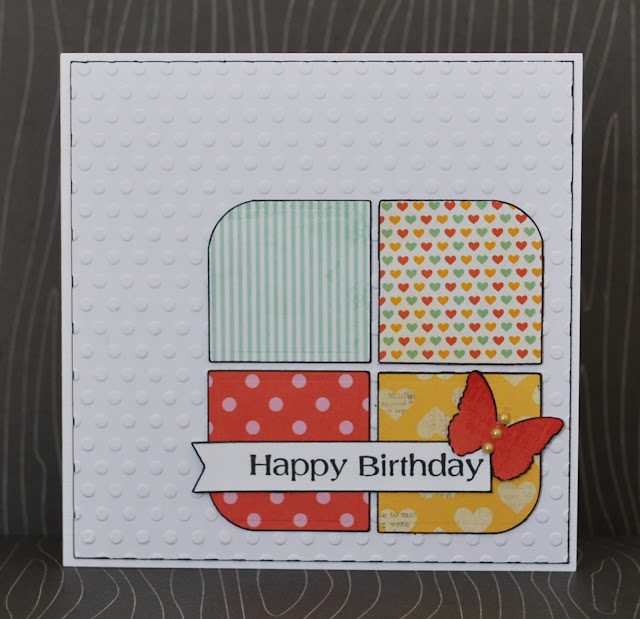 I layered up white card which had been put through a Cuttlebug embossing folder and used papers from American Crafts Dear Lizzy Lucky Charm 6x6 pad; Nestabilities to cut out the squares and a corner chomper to, well, chomp the corners. Another Nestie was used for the tag shape and the sentiment is one that came free with a new Stamping mag I tried out. A ubiquitous Martha Stewart butterfly punch and some half pearls and call me done.

And then there is this... 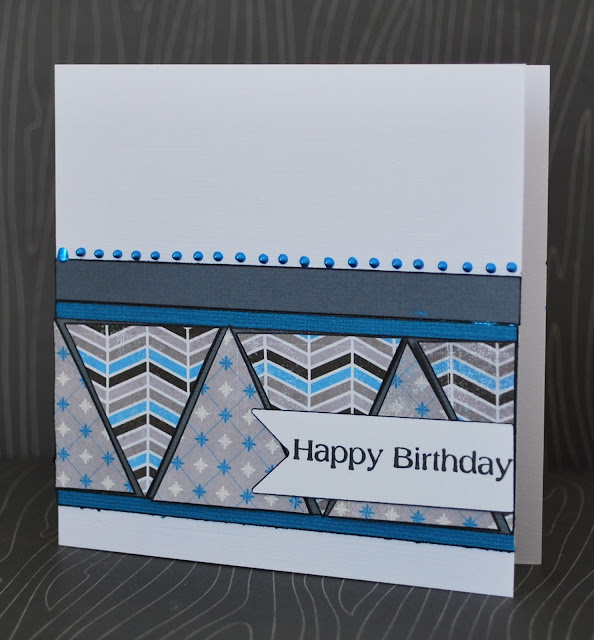 See where the original line of pearls went wrong and was covered by grey card but is trying to sneak out. And the final pearl blob which must have got hit with something before it dried as it wasn't like THAT before. Sulk. And it is a pretty good masculine card, though I say so myself - the papers are by Athentique. So I will have to revisit it.

I've been putting quite a few layouts on the Quirky Kits blog. I'll show them here but if you want deets then head over there. All of them use the latest kits 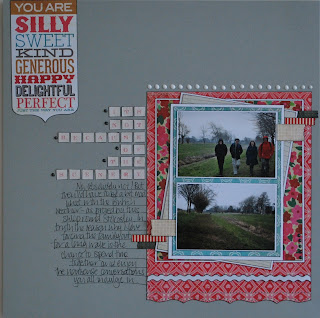 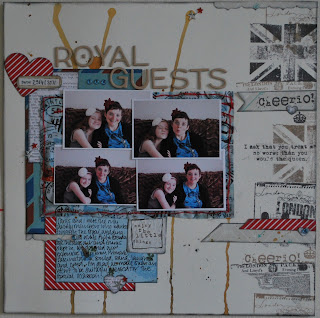 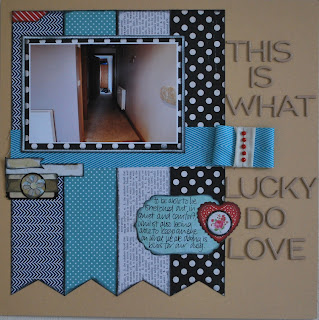 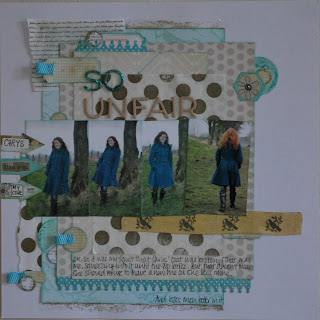 too tired to say more now!

Both cards are lovely, Lythan! I like the first one with the butterflies a little bit better ... but I'm ALWAYS on the lookout for some nice male cards that are not too boring. And the blue geometric one is perfect!

Both your cards are just great. I like that clean and simple style (I never seem to manage anything like that myself) and also the papers you chose.
And I do love the style of your scrap-layouts!