If it is good enough for the Scouts...
(although as a former chaplain to the Boys Brigade I don't say that too loud)
(I did go on Scout camp in Sweden when I was 14. They have have mixed gender Scouts since the 70's there. Mine was the only troupe not to have mixed tents. I was very glad about that at the time. I was quite something at the camp, not just because I was foreign but because I had exotic brown hair, not the usual boring blonde!)
(But I digress)

This week I needed to make a card for my mam as it is her birthday in a few days time. Which I did and will show you now, in a minute (as we Welsh like to say). But I had a great idea for my Dad's card - inspired by this weeks Daring Cardmaker challenge, where Zuzana has called us to Plant a Tree. So I have made his card and won't need it until Mid August. (Now I just need to make sure I don't lose it) 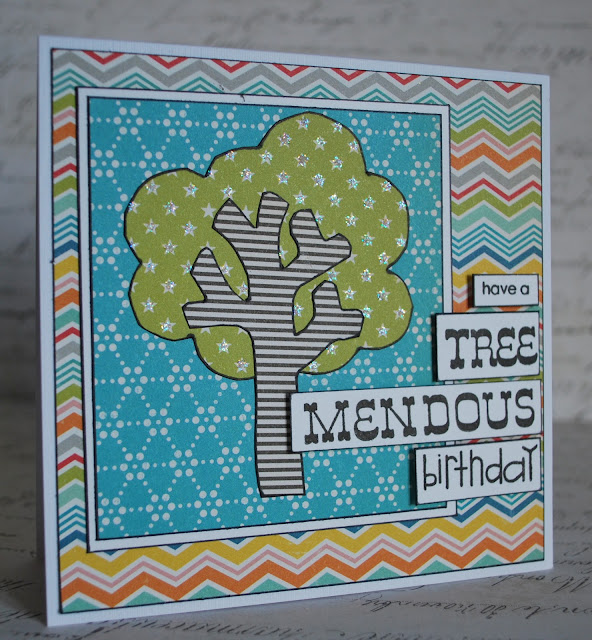 it is for Dad as he is always saying that everything is "tremendous".
I used an 8x8 october Afteroon pad - Midway. I traced some Maya Road chipboard tree shapes onto paper and cut them out - it makes the card flatter for posting. Then I stamped the sentiment using Imagine That; Banana Frog (letters) and Paper Smooches stamps and mounted the sentiment strips onto foam pads.
I did a close up of the stickles that I added to the stars on the paper and then spotted my mistake. Humph 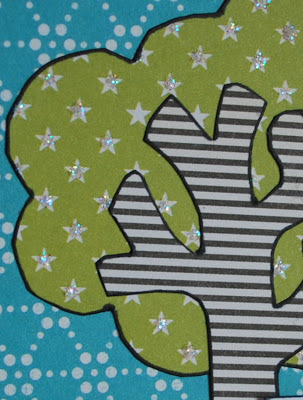 I suppose I do have until August to stickle that star I missed!

And here is the card for my mum. It uses another Clearly Besotted stamp and die set 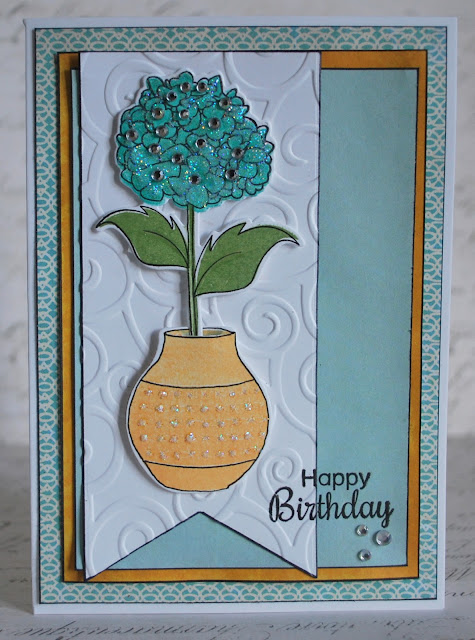 and some Fancy Pants papers. I cut a slit in the vase to slide the stem into. After adding gems to the flower middles I decided it needed more bling and went Stickles crazy... 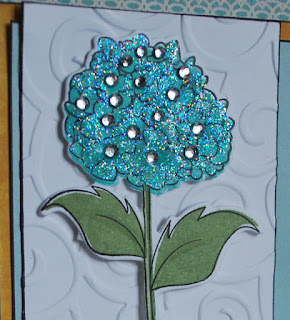 Two wonderful cards! I love the apt sentiment on your Dad's card, and the elegant potted plant on the one for your Mam!

Have a good weekend!

Gorgeous cards Lythan, I love your 'treemendous' greeting. "Now, in a minute" must be an Irish thing too, because we always used to laugh at my nan for saying it.