I just have one duty left before I am on my 3 month sabbatical. Yippeeeeeeeeee!!!!!
Of course I love my job....
but it is also wonderful to be able to step back for a while.
I don't know whether I will set up a new blog or use this one for reflections as well as crafty stuff. Probably the latter (lazy, moi?) as I like having everything in one place (and starting new blogs is scary).

On a solely crafty note here are some new cards to share.
This week at Daring Cardmakers, the mightily talented and lovely Zuzana has asked us to wish upon a star 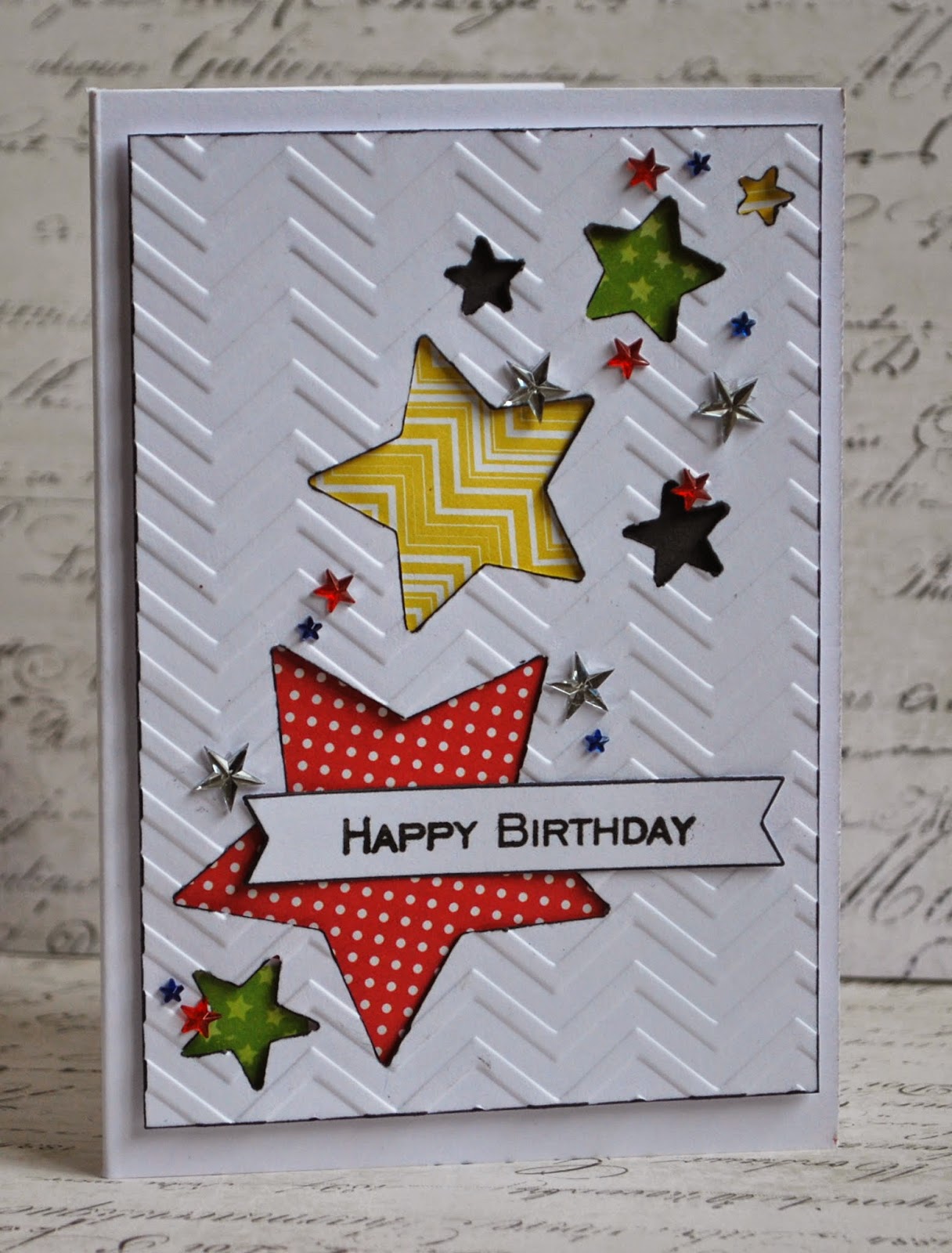 I cut a piece of white cardstock to be just a shade smaller than my cardbase and attached some Spellbinder and Dienamic star dies to the back with Washi tape. That meant I could place them and die cut them all at once. I then chose some papers from Fancy Pants Nautical (except for the green star paper which is Crate Paper Party Day) and stuck them down to the cardbase. I then dry embossed the star cut piece and used a black pen to outline it - I was so not going to do this but just had to! The top piece was given the foam pad treatment to give some dimension. The sentiment is from the Imagine That Wish upon a Star set. The star gems are all from a large pack that I bought in a sale in Wilkinsons - 50p!

I met my parents at Dyrham Park, a National Trust property near Bath this week, to celebrate my mother's birthday. I managed to get lost on the (long) walk between the car park and house - a story which will be scrapped in the near future. This is her card 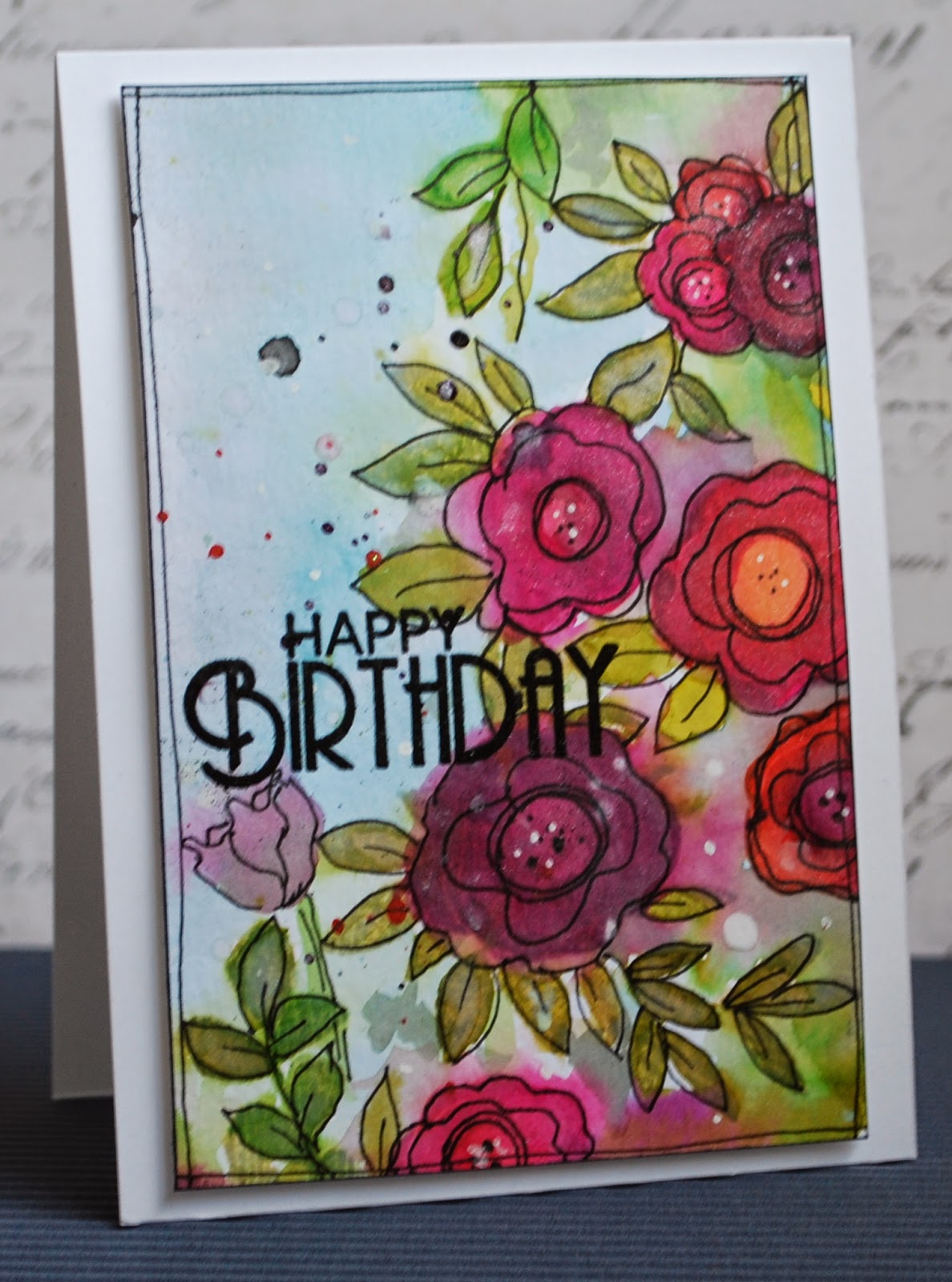 I am still trying out ideas from the watercolour class. For this card I inked up some flower and leaf stamps with Distress Ink and then washed colour over them. The idea is to go over the edges but it is hard to keep going when it feels like more of a hot mess. I was quite pleased in the end - although I did go over the flowers with a black pen and added white dots. It is quite shiny and sparkly in real life, thanks to some Wink of Stella glittery pen action 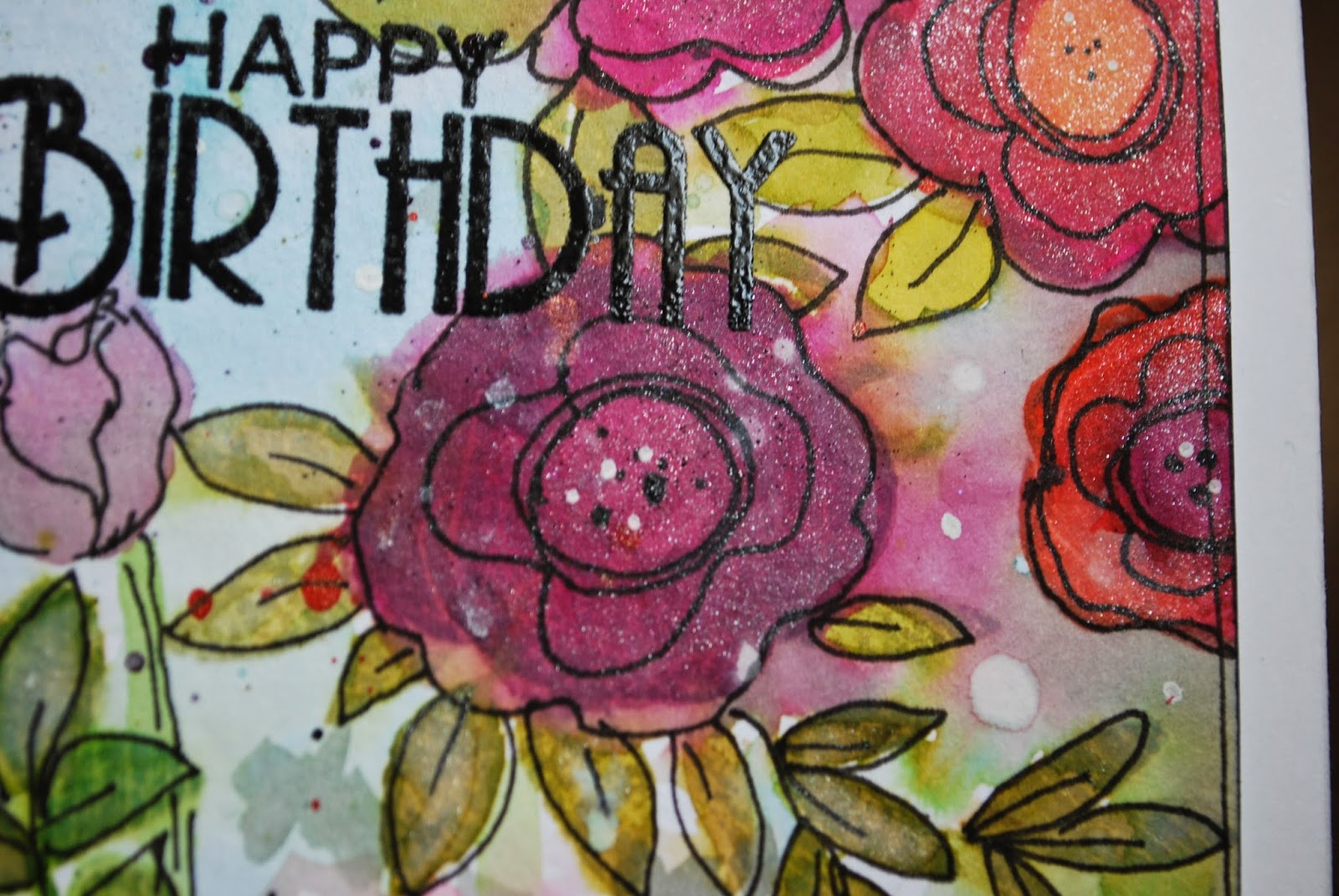 I also handed over a Father's Day card as I won't be seeing Dad before that special day and wanted to make sure he opened his present before he goes away - which is also before Father's Day. 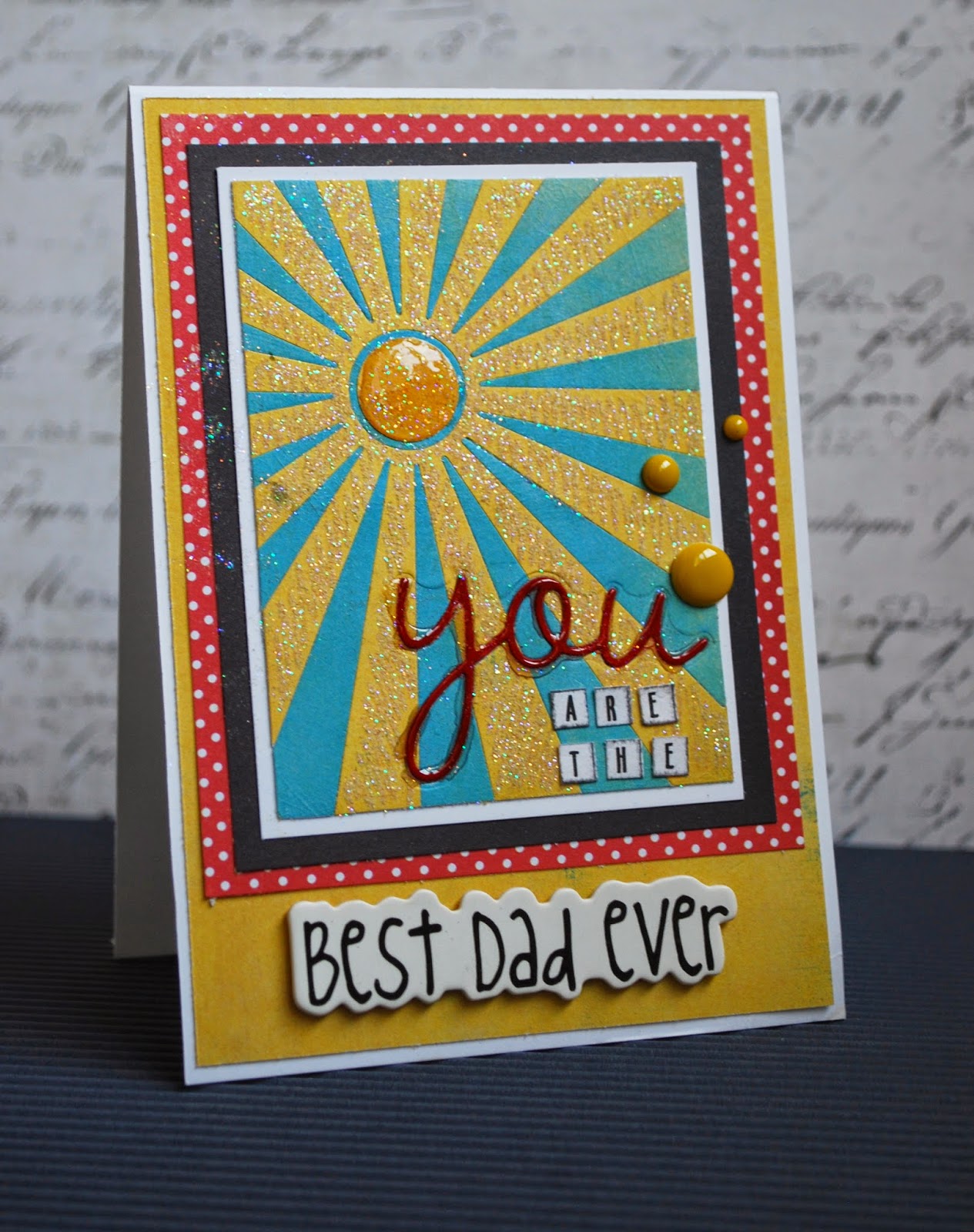 This card nearly had me tearing my hair out as it kept going wrong! I used a lovely sunshine Simon Says Stamp die that was part of my prize from Lucy Abrams.  Most of the papers are from Fancy Pants Nautical again but also include a few Authentique Seasons Summer as well. The little chipboard piece I have had in a box of man shapes for a long time - but not as long as I have had those little Adornit letter stickers. "You" is a Papertrey Ink die.
The glitter was added to (almost) cover up a green ink mark that went from my fingers to the completed piece. Dad wouldn't have liked the words I was saying at that point. The enamel dots are a similar cover up. Sigh. If only I could be clean and tidy.

The day after mum's birthday is our wedding anniversary - 26 years. Here is the card I made for Phil 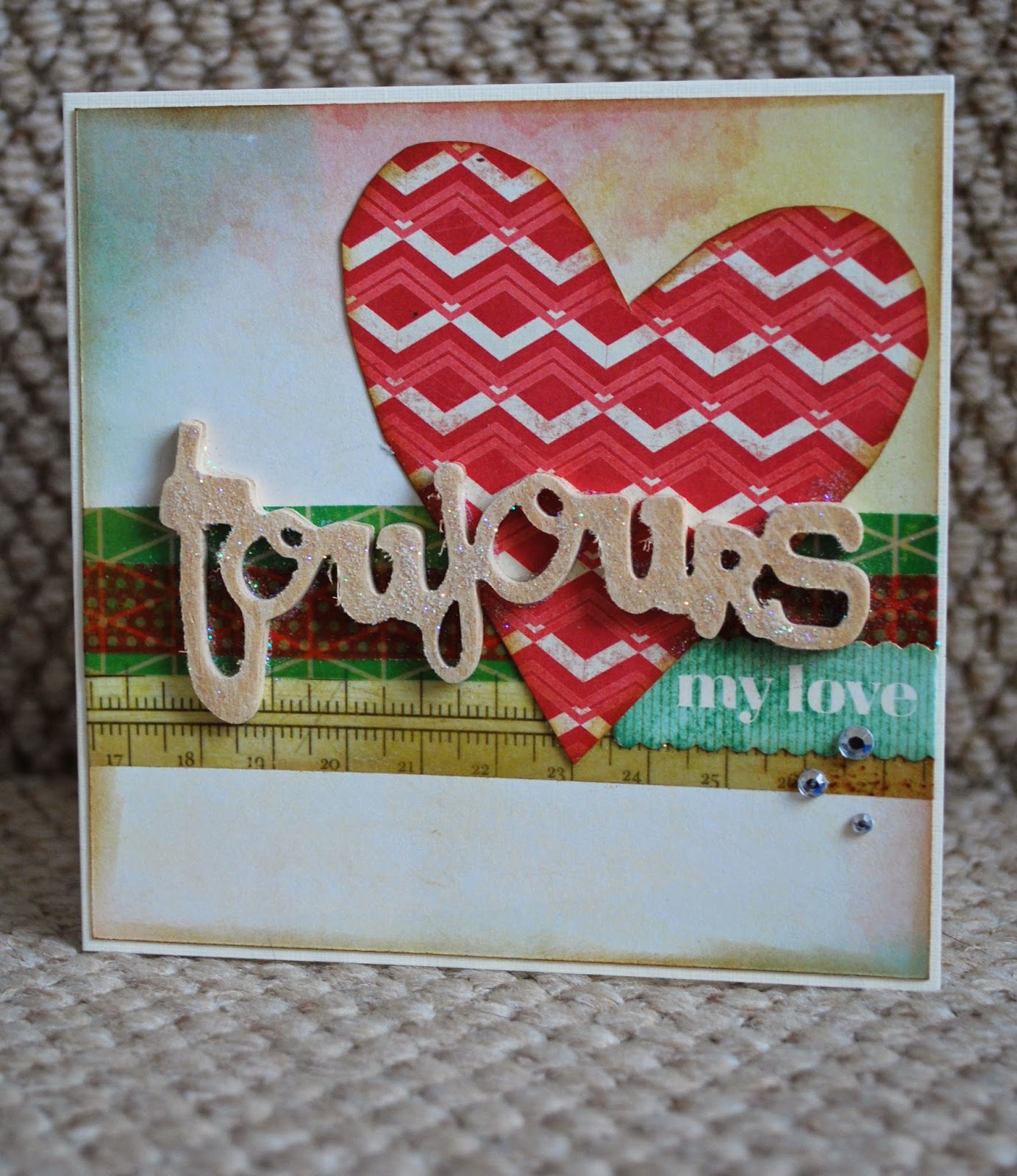 The French wooden die cut was bought several years ago from a Scrapbook shop in a village somewhere near Calais. The other papers, stickers and washi tape are all from various Crate Paper sets.
I bought him a bird made of recycled metal from the National Trust shop. When he remembered it was our anniversary...... (!) ("I thought it was tomorrow") he presented me with a lovely gift. And even took it out of the box for me so I didn't have to touch the scary polystyrene 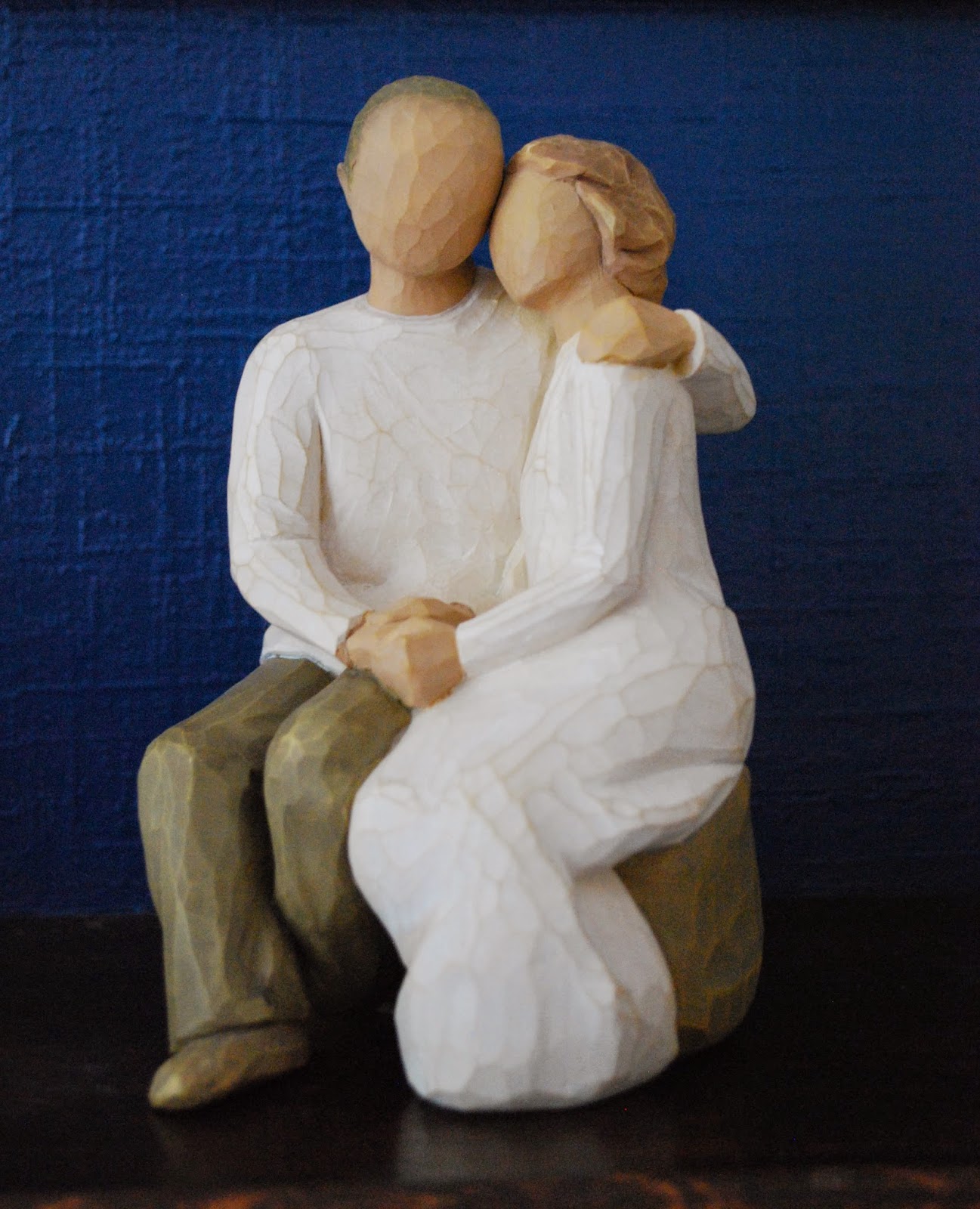 Just remove some of the hair from the bloke, make her hair shorter, darker, add glasses and a slightly more dumpy frame and it is just like us! I love Willow Tree and this is a fab addition to the ones we have.

Wow. You've been busy again. Your cards are great!
The water colour card for your mum is so lovely. I really hope I'll remember to try that technique one day.
And your star card is so fun and colourful. Smashing =)

Absolutely love your card! It's so fresh and colourfull. Love the combination of patterns and background emboss panel!

PS: Many congrats on your wedding anniversary!