A few of me layouts

I thought I would share some of the layouts I have made recently.
I am doing some scrapbooking with a faith perspective as part of my sabbatical - using the photos from all my adventures. It will be going on well after the Sab has ended I think!
For some reason I seem to have lost the ability to take clear photos of my layouts so please excuse the blur and if you have any tips I would welcome them! 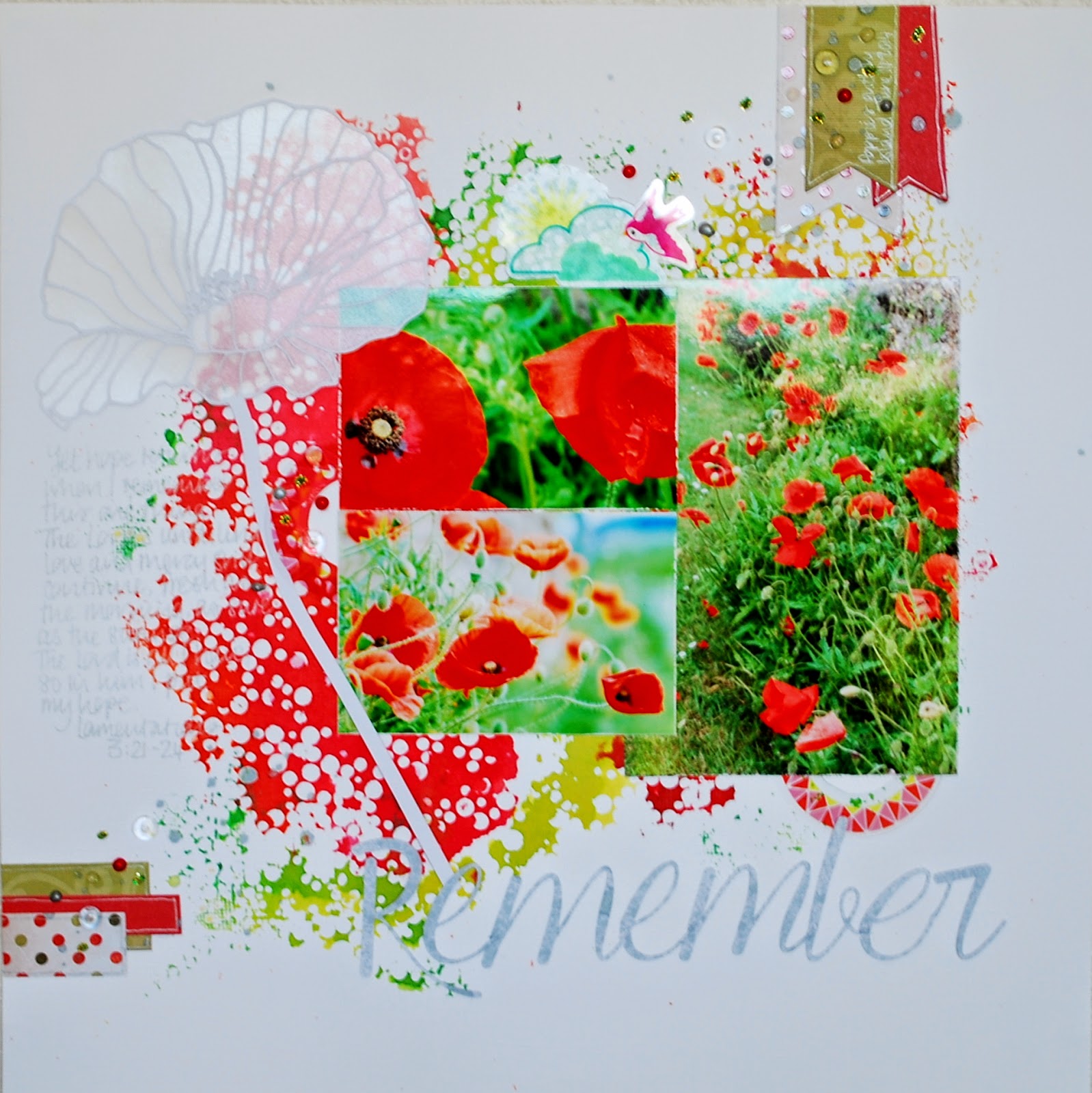 I love this layout (not a word I use often). The photos make me very happy and the plan I had worked pretty well.
Except I still don't know how to weld properly as the "remember" looked all together on the Cameo but came out in bits that I then had to jigsaw together!
The backround is made using the Julie Balzer microbial stencil and my favourite dye paints. I brushed the paint onto the stencil and then laid it onto the white cardstock. The poppy was cut on the cameo and lined with some extra thick vellum. I added some Christmas papers from Kaisercraft (!), stickles and glass gems to keep the light and airy feel. Oh and some clear die cuts from Basic Grey. 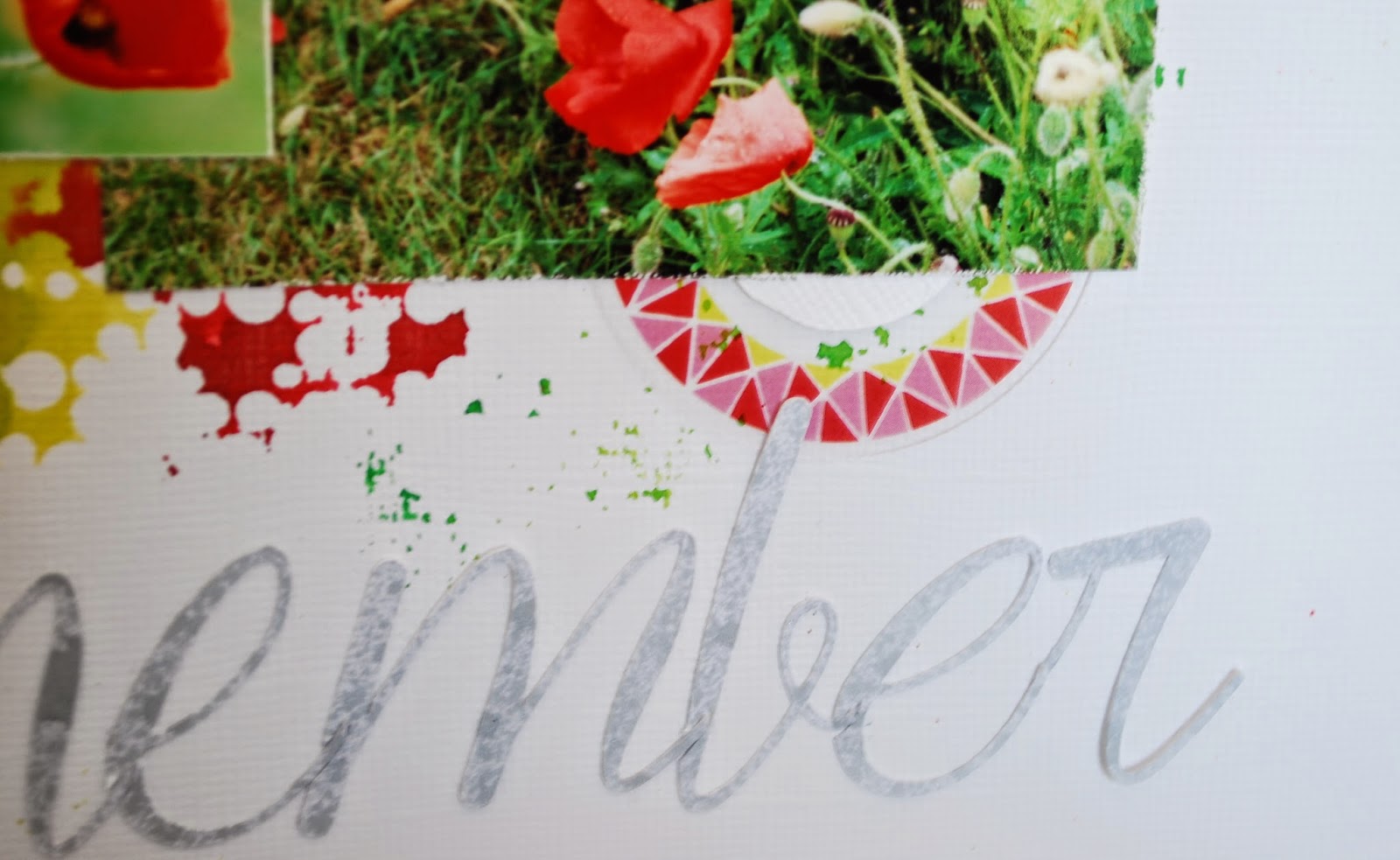 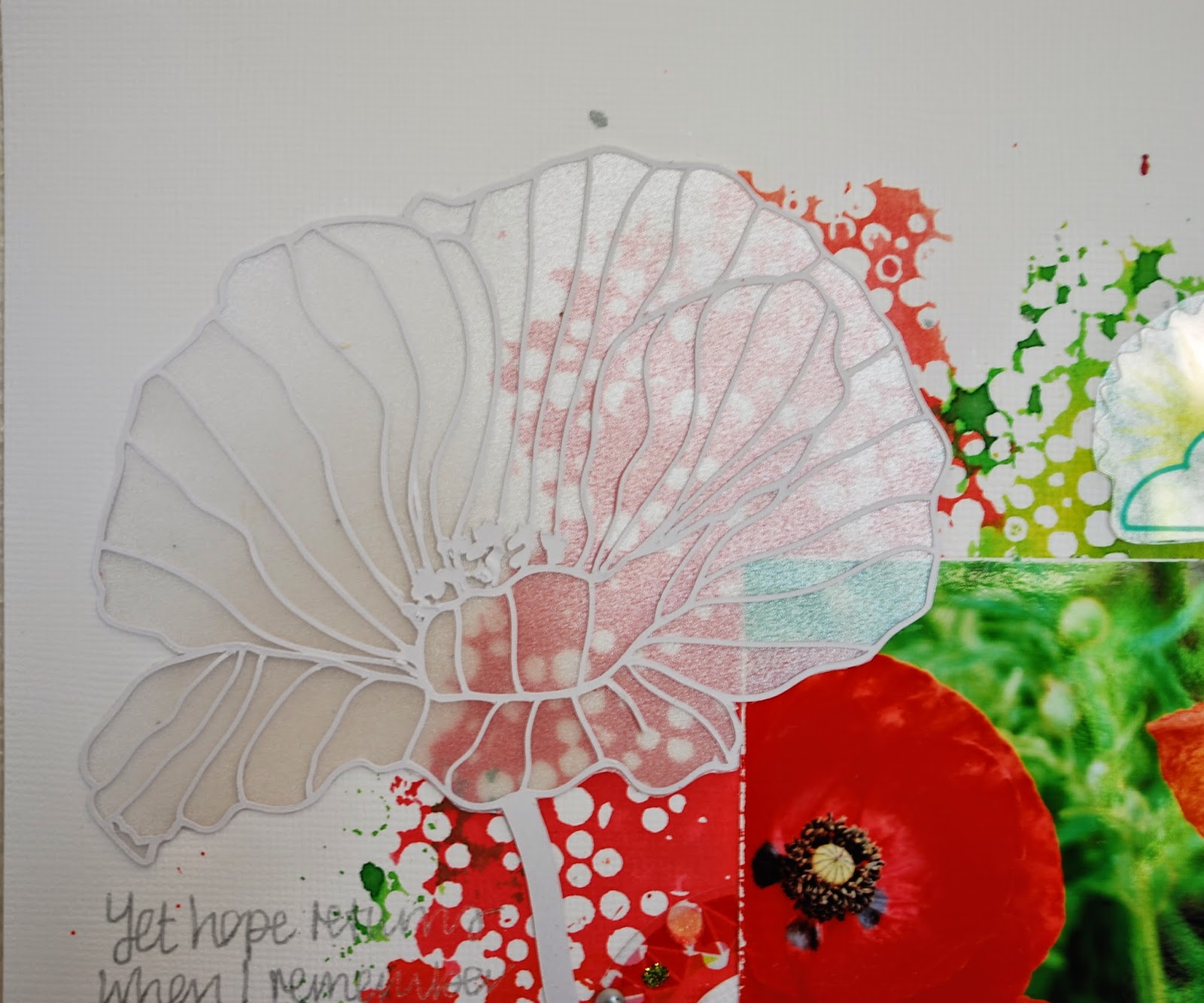 The Bible verse is written in silver pen and is quite hard to read so here it is "  Yet hope returns when I remember this one thing: The Lord's unfailing love and mercy still continue, The Lord is all I have, and so in him I put my hope." Lamentations 3:21-24

This next one is actually a two pager (gasp) 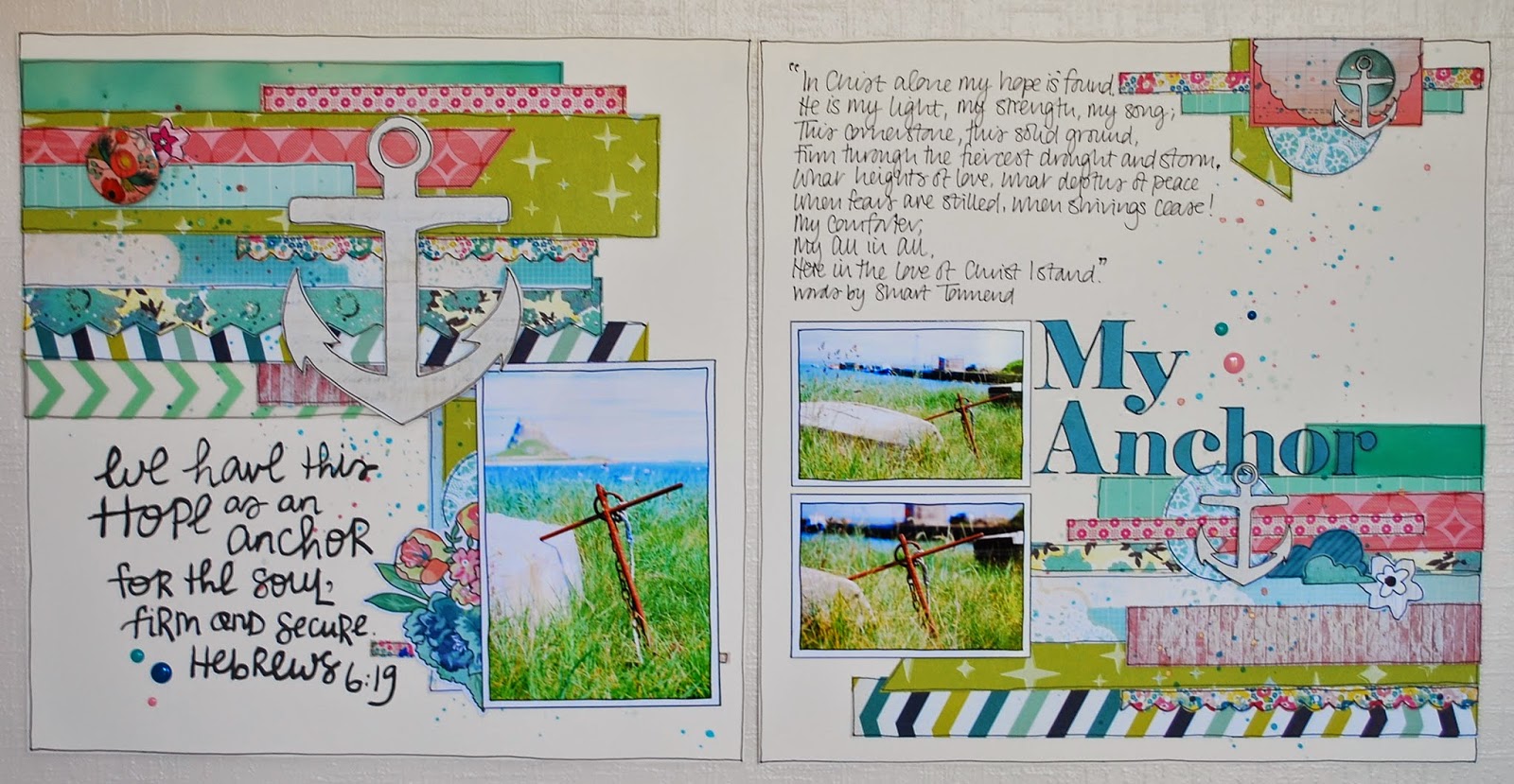 The anchors and title were again cut using the Cameo. I then went through my stash to find papers in the colours I wanted and cut them into different shapes. Some of the papers are Studio Calico and some Maggie Holmes and some I have no clue!
What I have noticed in these layouts is that almost all of them have a little detail in the right hand corner. Dunno what that is about... 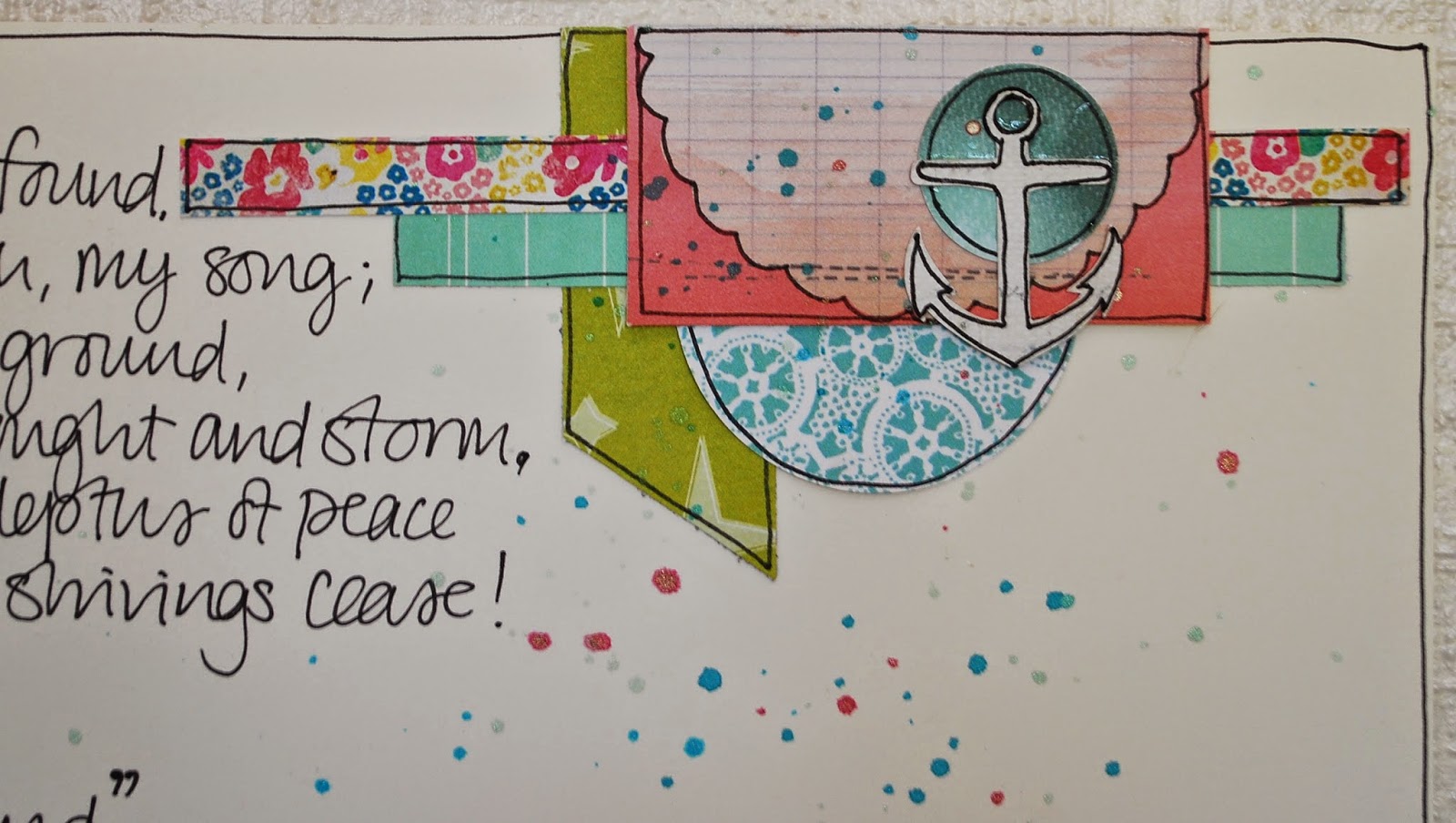 I did some of that "preschool writing" as Phil calls it for the Bible verse. (I keep telling him it is bang on trend script writing but he won't have it) 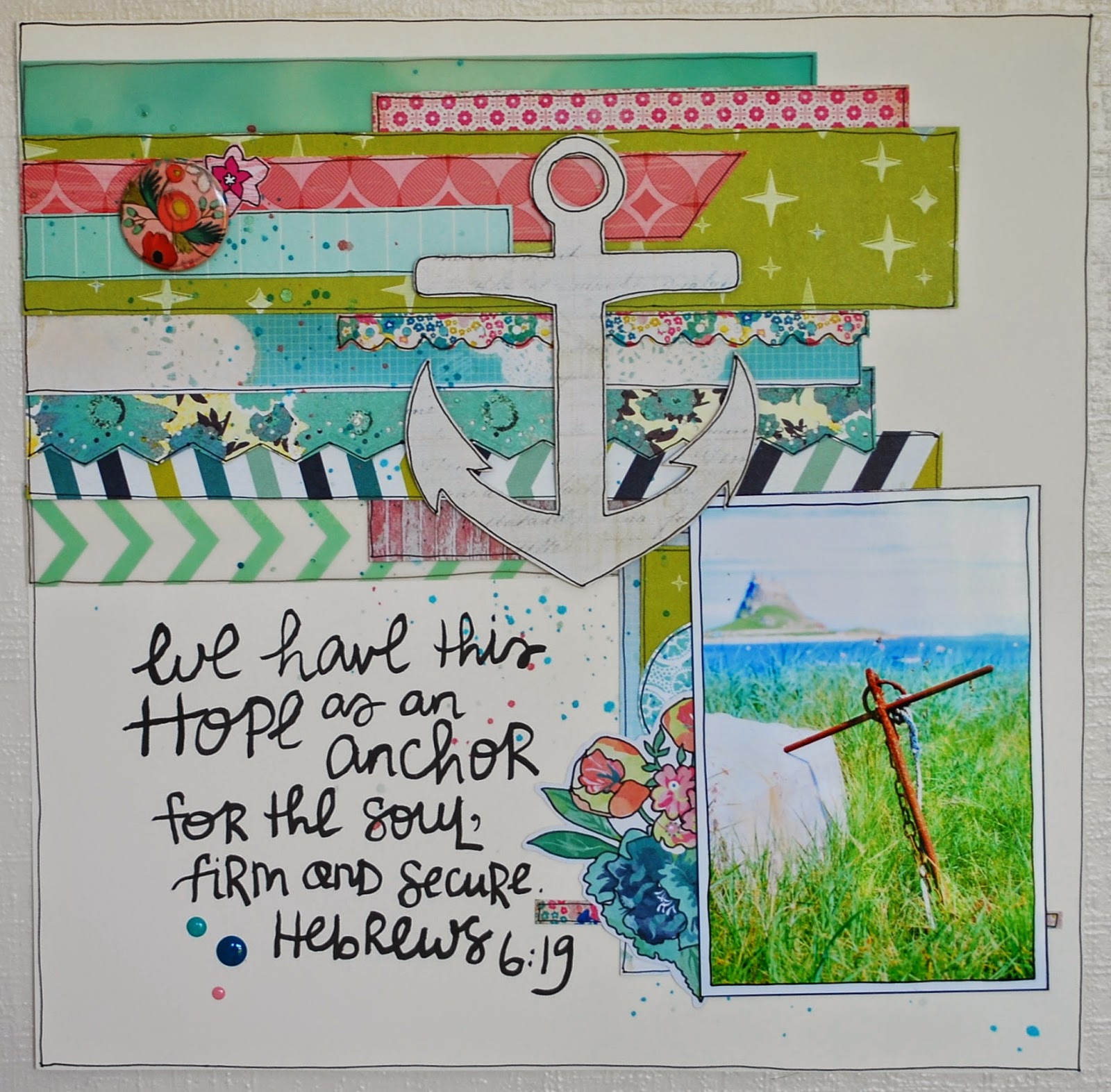 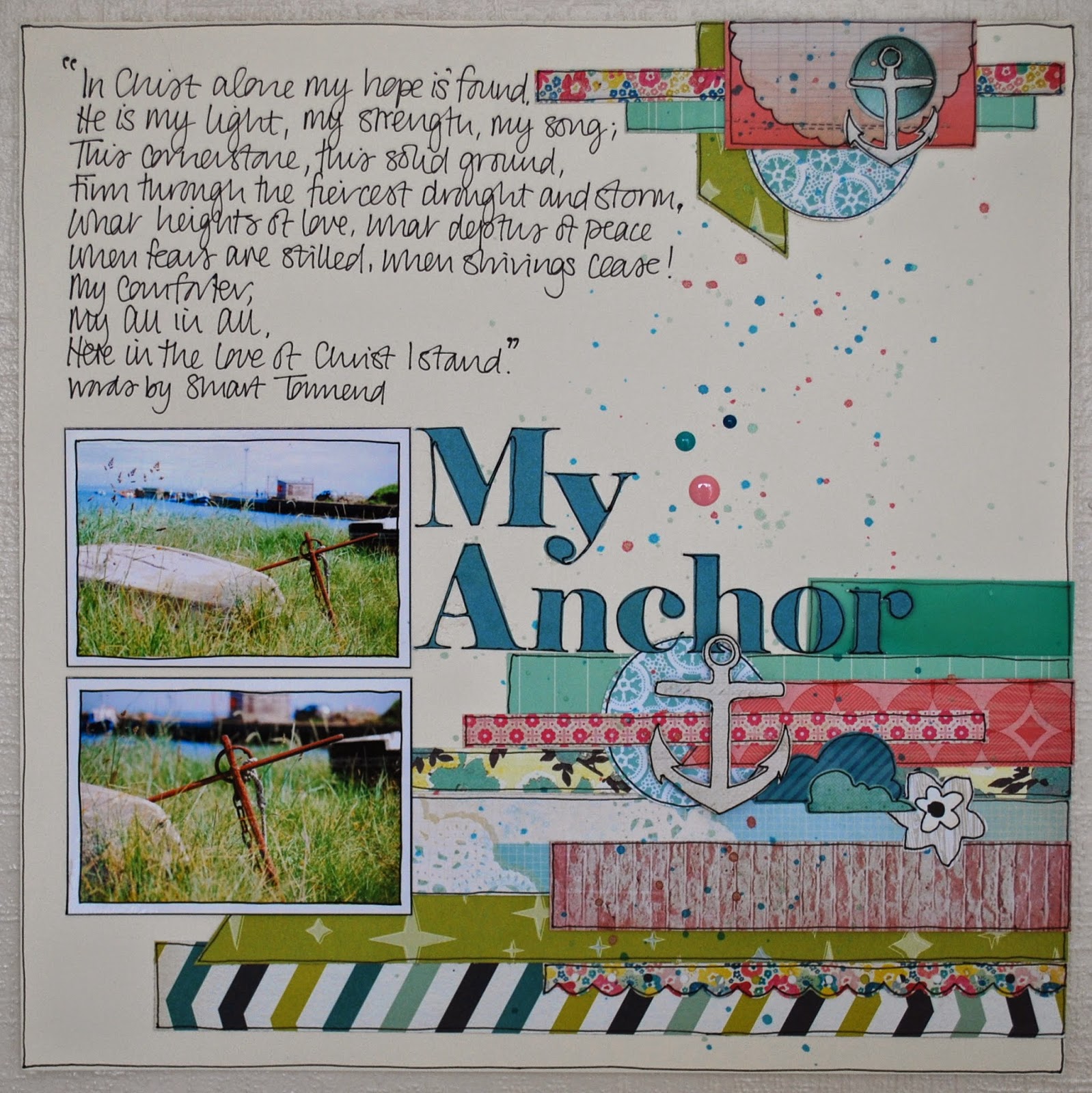 Lots of outlining, lots of misty sprinkles, some enamel dots and a few die cuts later and I was all done.

And finally for now 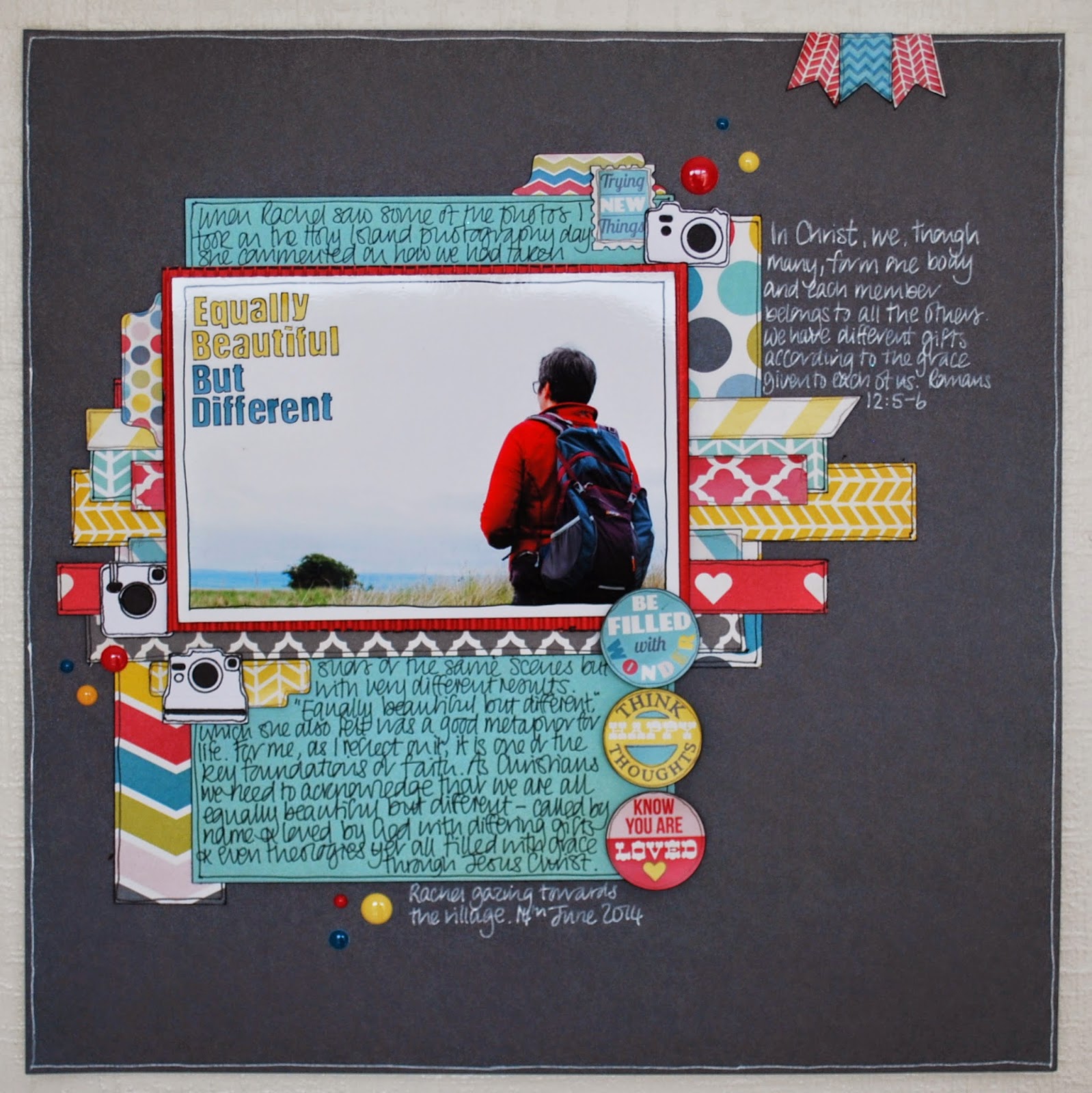 Three times I have tried to photograph this layout. Three. Times. And this is the best I could manage. Maybe my camera just doesn't know where to look!
Everything on here apart from the enamel dots is from Fancy Pants Wonderful Day collection (which is a good one to use as it was). Oh and I have the little camera dies which are fiddly but nice. Camera details have been "in" in Scrapbooking and I have loads kicking about somewhere. But could I find them when I have just the layouts to use them on?

Ah well "It don't make me no never mind" as they say on the Wire (one of the only lines of the Wire that I can reproduce here as the swearing/racial words that only people of colour should use and even then maybe should not, is high) (We are watching the Wire with Em and C. Phil and I are amazed by the amount we have forgotten of the stories. It's still good. Its like a Bawl-mer version of Game of Thrones really) 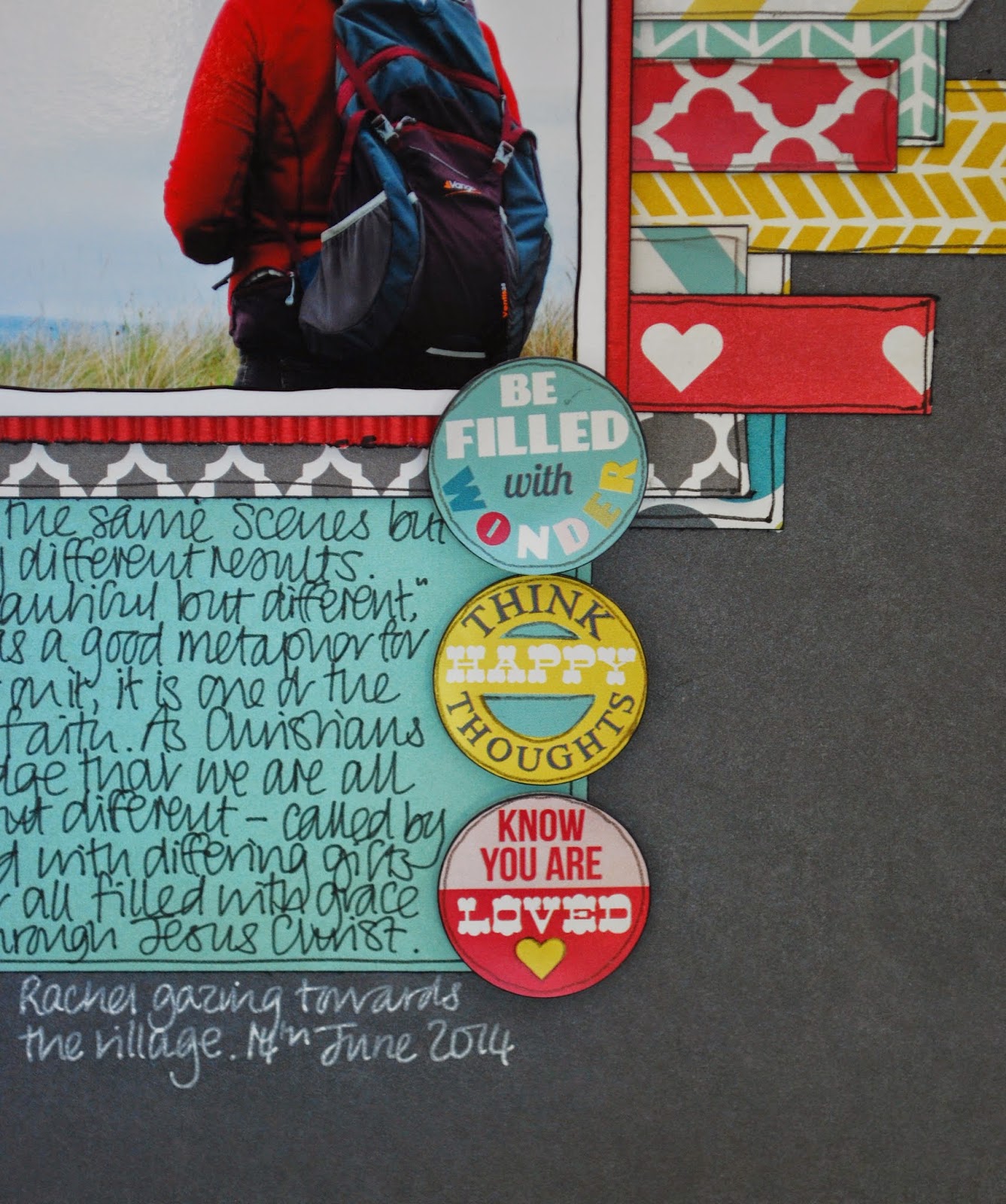 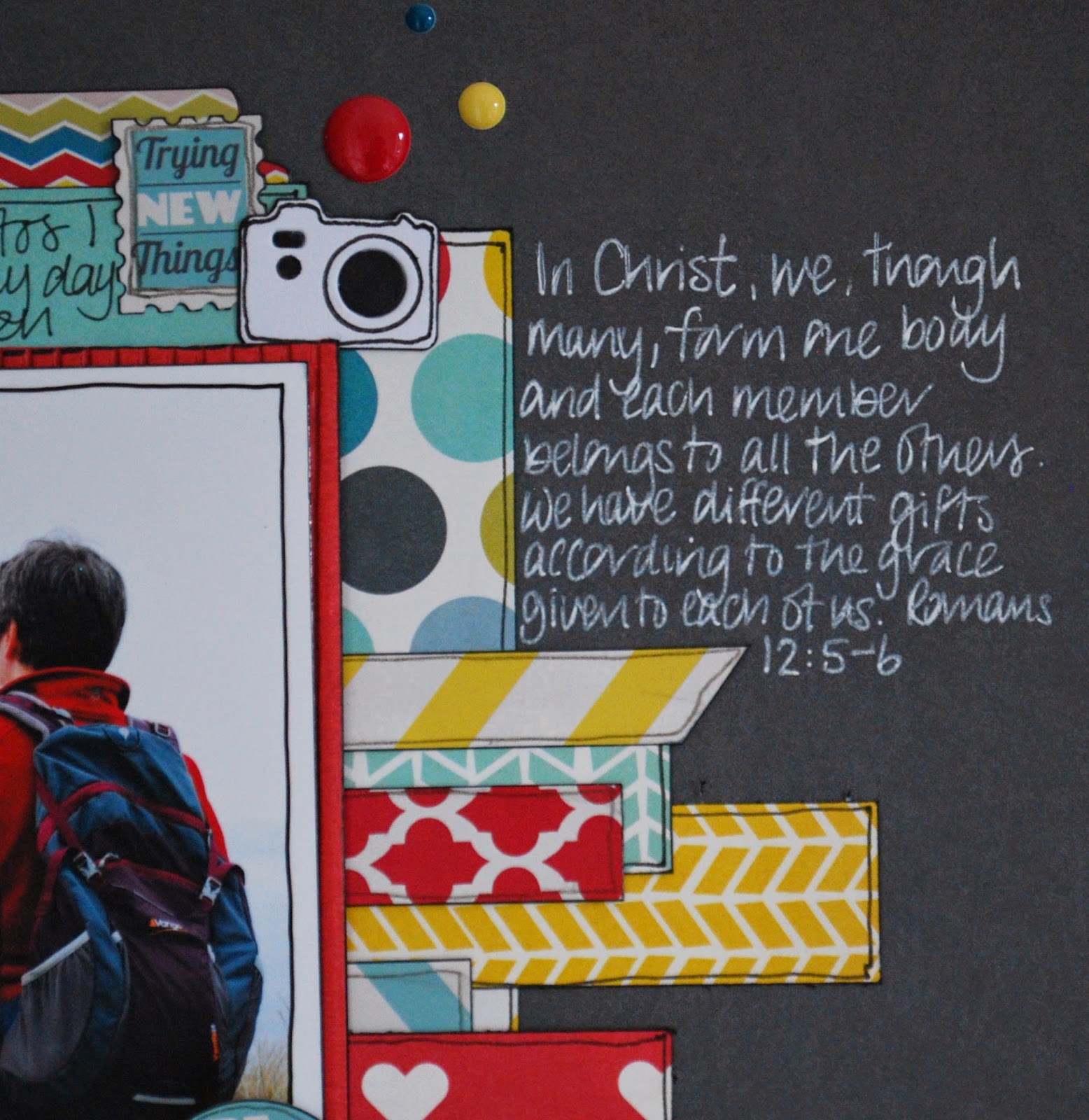 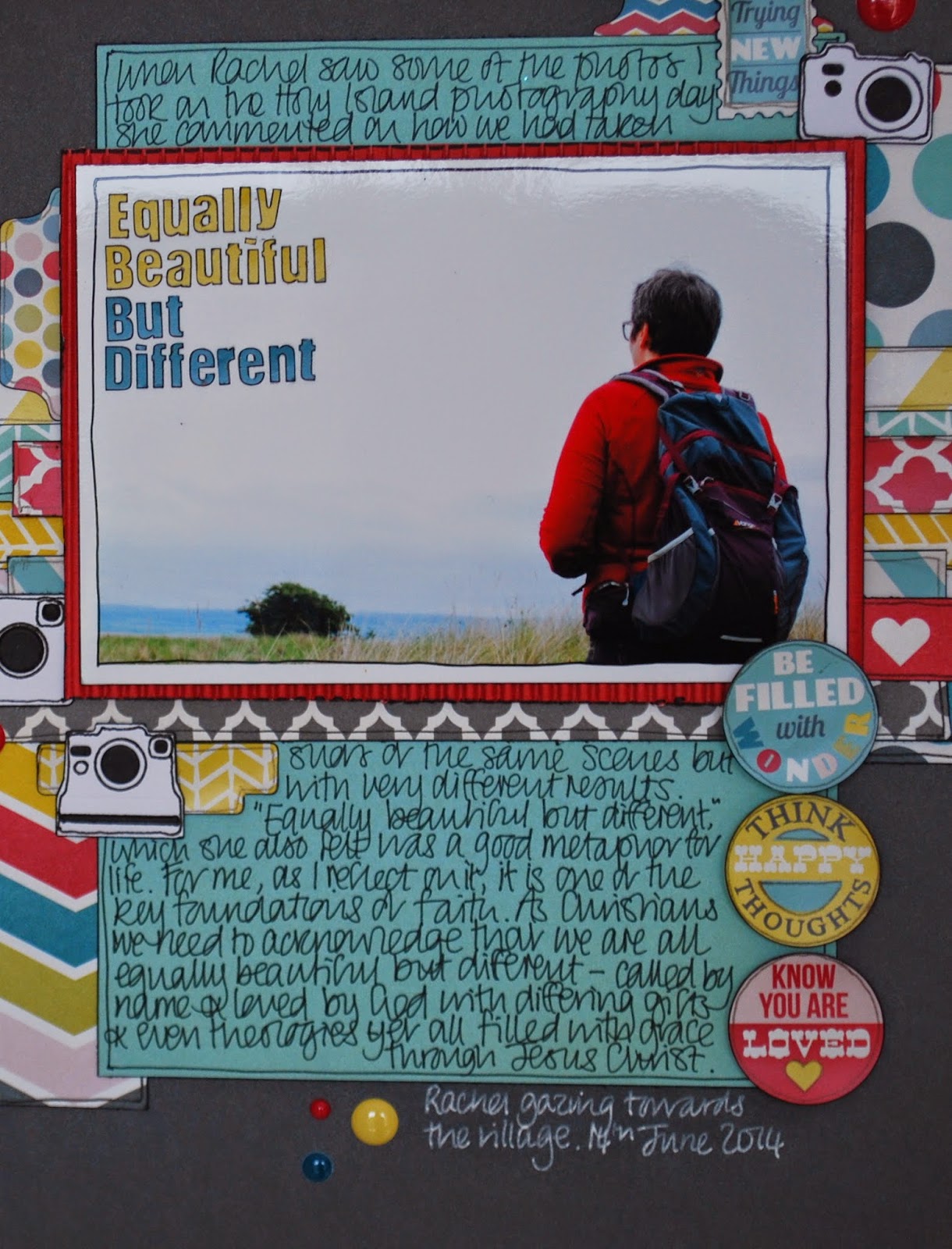 The last one is the clearest version of the writing.

Beautiful pages. The colour the design the words. All lovely x