The smile says it all 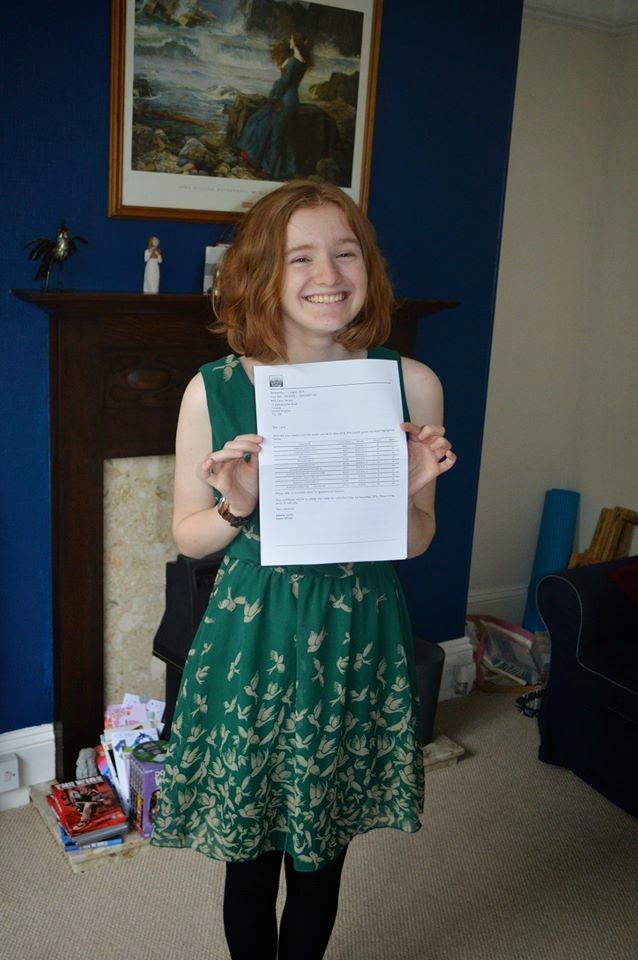 Some of the results were better than expected, some were not but all in all it was enough to gain her the much wanted place at Bradford. And it all starts in 4 weeks time.... It takes 5 1/2 hours form here to Bradford, 6 1/2 from here to Teesside. And the dates don't match so there will be a fair few car journeys in our future. (Although the plan is that Carys will have a lap top and travel by train most of the time) (We hope)

And the pangs start all over again. You would think that it would be easier third time round. Well it isn't. Even though I hope and pray that Bradford will be the making of her - she really wants a multi cultural, multi everything experience and I reckon Bradford will give her that. (I am already looking forward to the Film Museum and the curries...)

In other news I am catching up a little with Daring Cardmakers. The other night I had a yen to do some watercolouring and so decided that surely beach huts (to go with Kathy's dare) couldn't be so hard could they?
Well, they are. 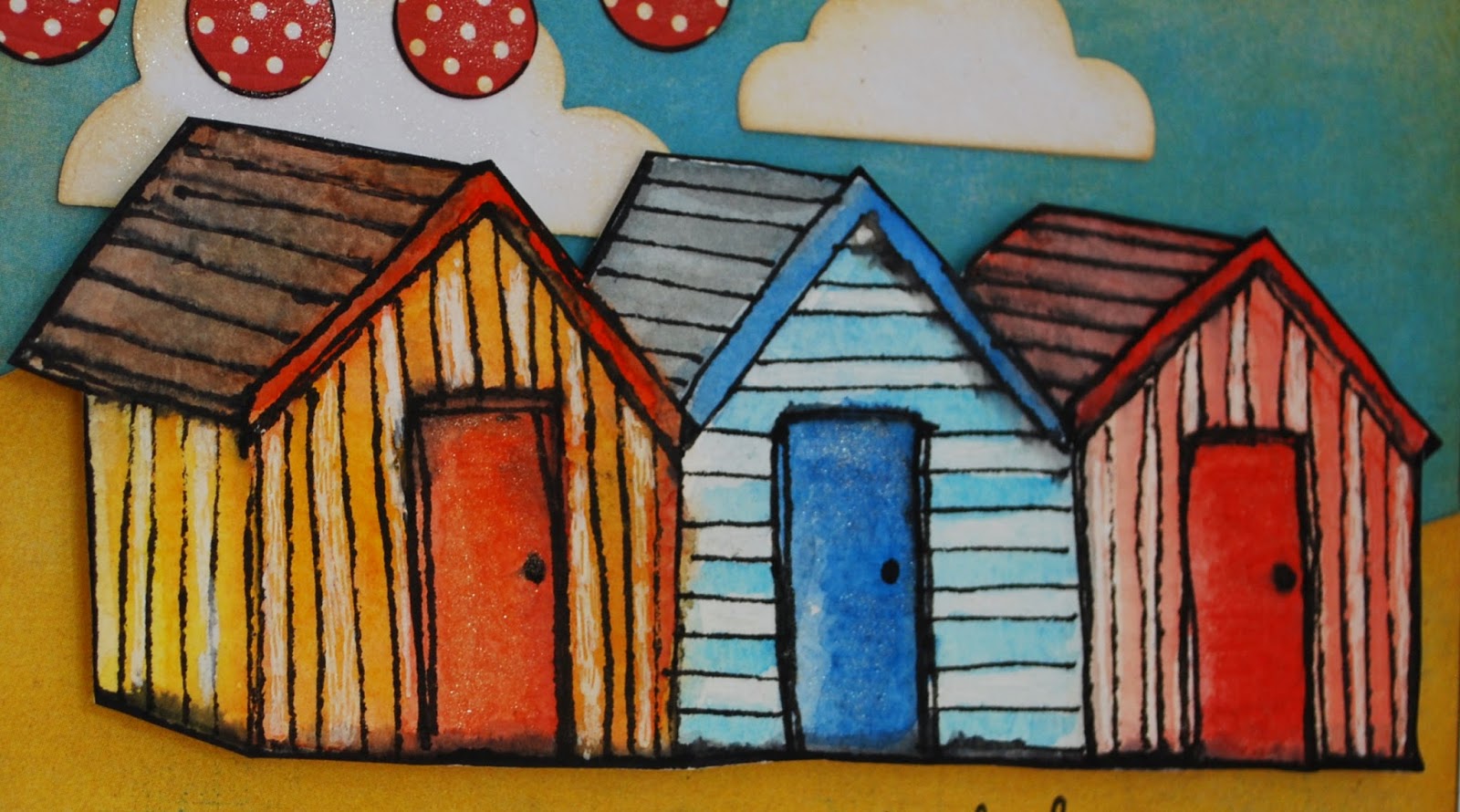 There were actually some of the practice ones that looked terrible on the tiny scrap of watercolour paper but then I decided to cut them out and they looked much better then. I added some peeling white paint with a white gel pen and gave them glittery door with a Wink of Stella pen because after all, beach huts have sparkly doors don't they?
(I know the truth as I live in beach hut country...) 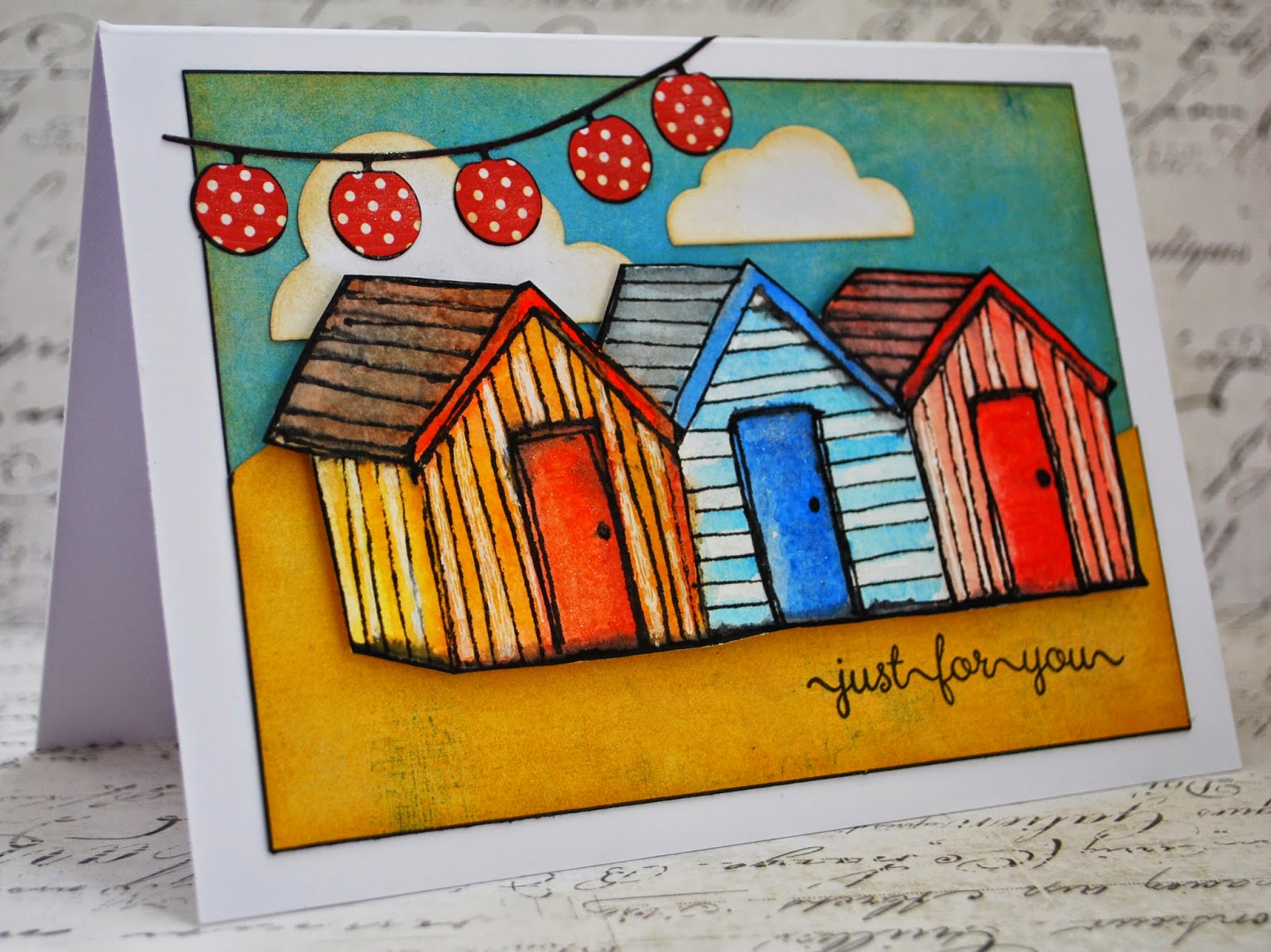 plus some random lanterns to give a festive air (tiny flags seemed too much like hard word) along with a rather lovely Clearly Besotted sentiment stamp.

This week I actually made it to the blog on time for some Fantastic Elastic. It was a tough one for me because having no small children anymore (and not quite being at grandmother stage), loom bands have rather passed me by. I knew that I had some bead elastic somewhere and after emptying out my whole craft room I found it. My elastic use isn't that exciting but it is there and I have used up some beads as well! 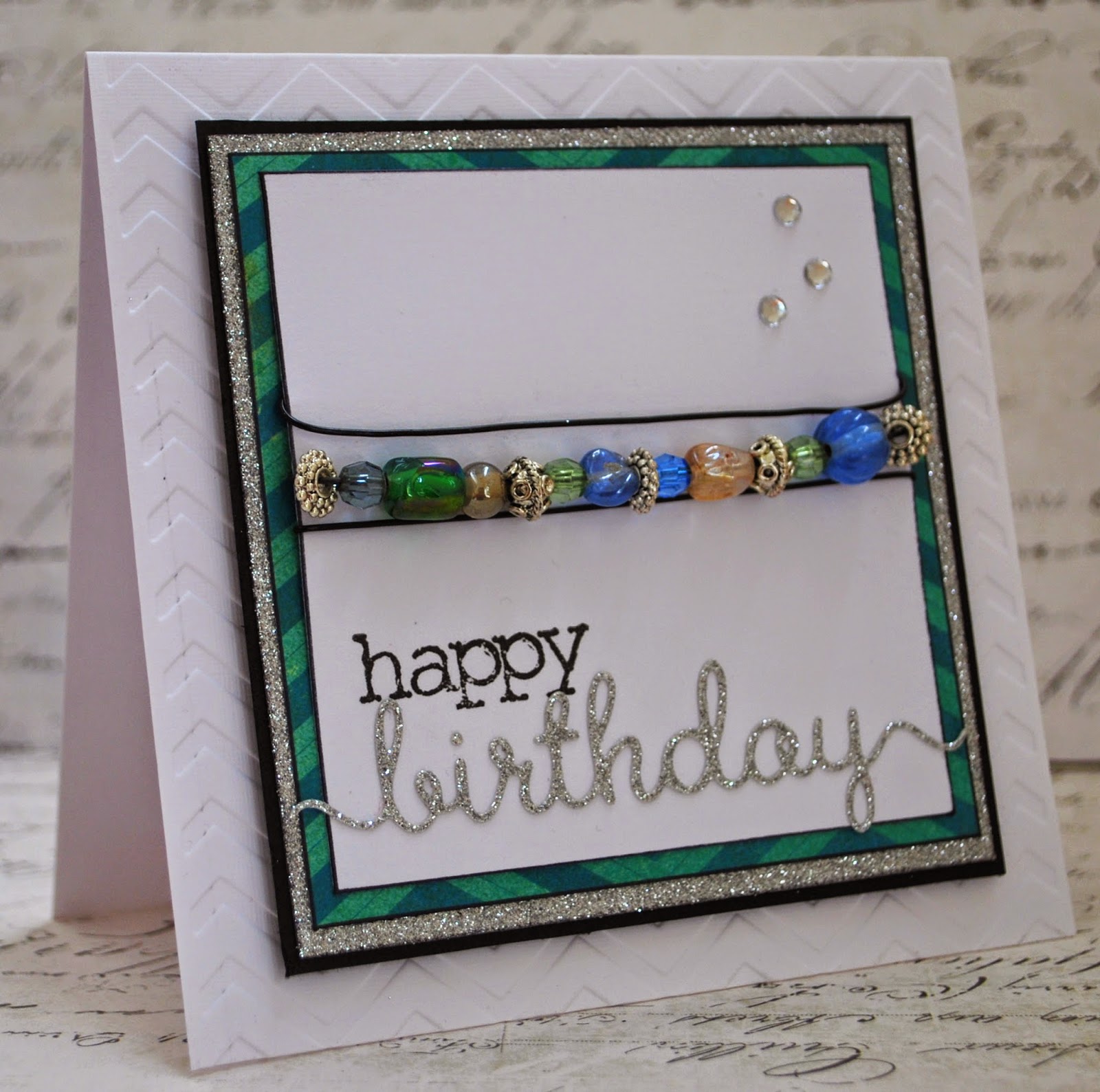 I put my card base through a large embossing folder. The Crate Paper patterned paper was matted with Craft Creations silver glitter (its awesome - no shedding) and some black cardstock. I didn't mat the white on top until I had wound round and stuck down the bead covered elastic. Which took a few goes and a few rude words. As you can see it is still a bit droopy! The sentiment is a Maya Road Art Journalling stamp and a Clearly Besotted die cut combined. I felt it needed a little extra bling so added three gems in the right hand corner.

The new Quirky Kits have arrived and my first layout is on the blog (have some more to photograph and write up). Here is a quick peek but you will need to go to the Ideas Blog for more details 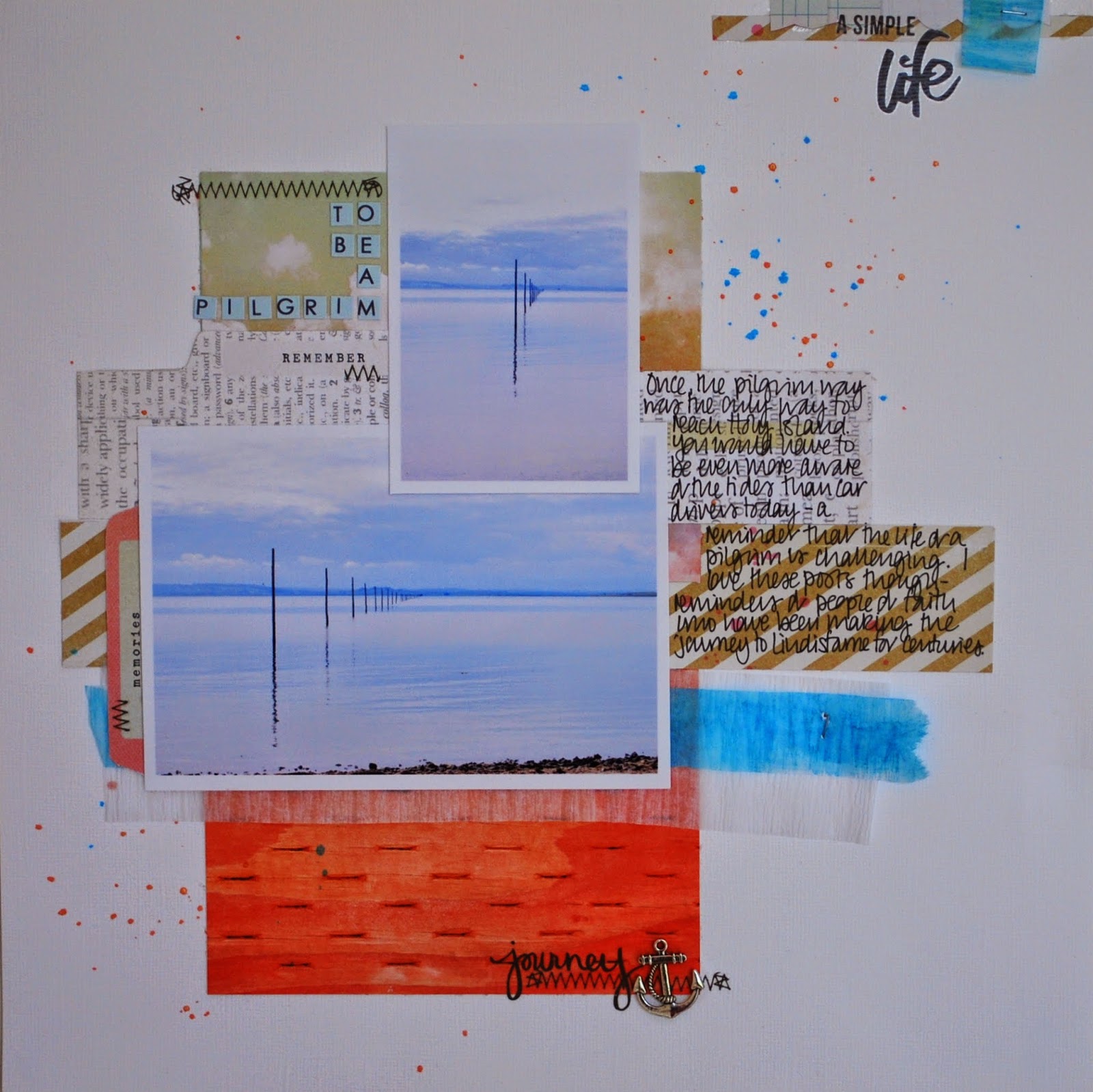 Well done Carys :) 2 gorgeous cards - the beachuts are brilliant and fantastic use of elastic!