And then its September - eeek!

I was going to take my Prisma pencils with me on holiday to start colouring some Christmas images but I've had second thoughts. I don't think they really go with camping. I'll have my cross stitch and loads of books and of course, the family to play with so I have plenty to do. I will just have to start doing a few images at a time in September.

I've done a fair bit (for me) of scrapping recently. Here are another two
The first is based on a Sketch This sketch 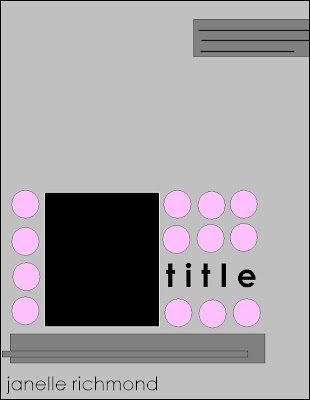 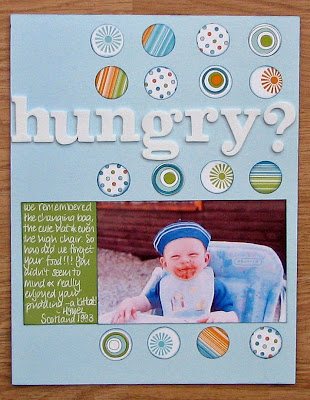 I couldn't use the adorable sketch as is because the photo was quite big and I was scrapping 8.5x11 but I didn't want to cut the photo down so I made my page even simpler. Punched circles of Scenic Route Metropolis inked and stuck down, some American Crafts thickers and a little Bazzill for writing on and there you are. He started wearing glasses about 4 months after this shot was taken! 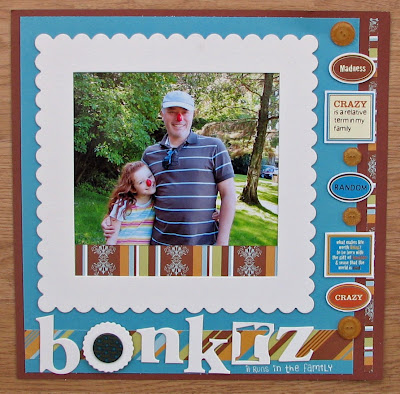 I have now moved the top button over by the way. I have had two square scallop frames like this for ages and never have a square photo to put inside. SO I decided to just add a strip of paper. The frame is Fancy Pants and the papers are Piggy Tales. I thought the blue, which is the back of a patterned piece went well with Phil's shirt. As ever I didn't have all the right letters so decided to go with "krayzee" spelling - the letters came with the frames. The buttons are from a Costco kit and the stickers are all 7 Gypsies.

I've done another 3 pages but I'll save them for another day. Too excited about seeing the kids to photograph them now...
Posted by Lythan at 6:02 pm

Oh my word - what a fab photo - I presume he's not seen this yet? hehehe

Both wonderful LOs Lythan, I love the circles on the first and the ovals and scallops of the second - both really crisp designs