is the theme of our lives at the moment.
Last weekend was very tough but lovely too as we did lots of goodbyes. 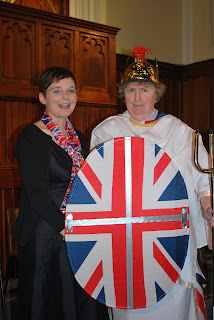 A final choir concert with a visit from Britannia, songs written especially for us (one sung during the concert and two at the after party) and being given some gorgeous pictures to hang on our walls. An "at home" last Saturday with guest around from 4-10. Really nice and relaxing though. Two final services at the churches that I have been at for 13 years (this Sunday I have one service at the church I have been Minister of for the shortest time) followed by an afternoon celebration of Ministry which meant more gifts - including our own Mike Hill chapel painting which I will photograph once in situ and lots of tearfull farewells.

And this week has mostly been sorting and removing. Freecycle is awesome as we are able to pass on goodies we can no longer use to others. And we also live near the tip which is useful for those things that are in no fit state to be passed on. During the celebration on Sunday we used a Litany of Farewell which has helped with the feeling that we are dismantling our lives here as well as the flat pack furniture. Of course, that is all because we are going to rebuild in a new, rather lovely place, but that doesn't make the letting go of lives and churches and stories (and disgusting old yet oh so comfy recliner chairs) any the easier. So I am allowing myself a few maudlin moments as the next time I can blog it will be from my new seaside residence. Don't know when that will be as we will be at the mercy of Mr BT and his trusty broadband engineer.

Anyway before getting back to the sorting out lets talk crafty for a while! I wasn't going to join in the Daring Cardmakers challenge this week but needed a thank you card for the choir last Friday and as I was making it realised that it would fit for this Friday's dare! Leo wanted us to use a minimum of 6 different patterned papers. I managed 7! 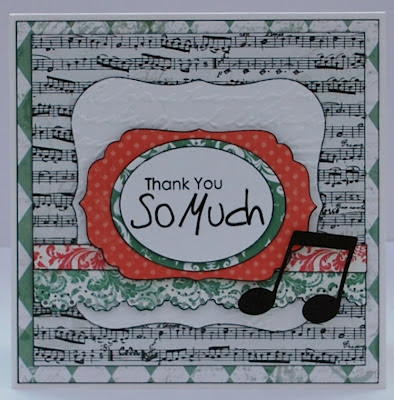 The secret is layering. Almost all of these come from an Echo Park 6x6 pad where the papers are double sided making choosing so much easier as they all blend together. The musical note is cut using a Cuttlebug die and is from a Heidi Swapp pad. It is patterned but you can't tell in the photo. I also used 4 Nestability dies, a Cuttlebug embossing folder, Martha Stewart punch, Imagine That stamps and a sharpie pen for outlining. As it was being hand delivered it also has several layers of foam pads. Oh I miss using them for posted cards!

I've nearly finished my stint as Guest Designer for Quirky Kits. I've been sharing the layouts that I have made using the Footnote Lite Kit 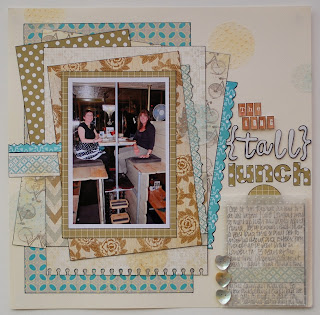 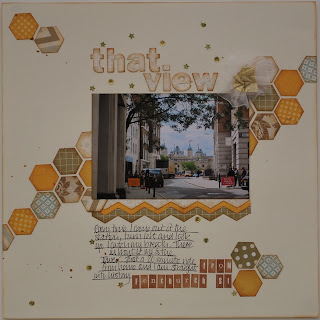 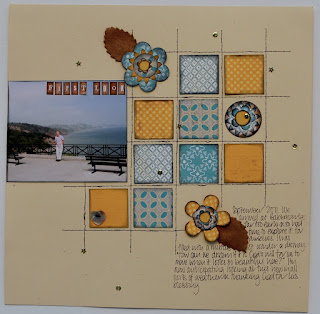 The how to details are on the Quirky Kits Inspiration blog
I've got one layout left to reveal but that won't appear here until I live less than 5 minutes walk from the view on the layout above! By then Carys and I will have celebrated our joint birthday - we are 63 together which must mean I will be 31.5. Which is odd as she was born on my 31st birthday. Oh well. Maths don't lie. 31 it is. We are going to the Harry Potter Studios and to see Top Hat. Making the most of London while we can!

We'll meet again, do know where, don't know wheeeeeeeeen!
But I know we'll meet again some sunny day (or not so sunny as the weather has been terrible for ages)

I love your layouts! I can't scrap for toffee, but I know what looks good!

God bless you in your dismantling, moving and setting up again.

I can’t imagine the emotional rollercoaster you must be on at the moment Lythan. Sad to leave all you know up here in Essex and excited for your new life to come in beautiful Devon with all its challenges that lay ahead.

I can’t believe that you’ve made so many LO’s from those kits, you must have used every single scrap. Everyone has a different look and they are all fantastic.

Happy Birthday to you and Cary’s, I hope you all have a wonderful day with Harry Potter and enjoy your show.

Lots of Love and see you soon!

Know how you feel at the moment - today was our last service at Church before moving on as well. Wish you well in your charge.

Love how clean and sharp the colours are on your mixed papers card, and the layouts are a knockout!