Not that I believe in it I hasten to add. Still...

Last year I had a layout published in Scrapbook Inspirations. When it arrived back instead of the one herma I was expecting I got two! Go me. Did I tell them I had been sent too many? No I did not. I fell in love with this easy way of adding adhesive. I fell out of love with the price and ended up getting an ATG gun. I love that too but it is a bit unwieldy for carting around so I was looking forward to getting the layout featured in last month's SI back along with my brand new Herma. It arrived back really promptly. BUT there was a hole in the box. No Herma at all... There is a sermon in there somewhere.

Actually there is a sermon in most things if you look hard enough.

I've decided it was about time I blogged again otherwise there was a risk that I never would. (Hear the world cry Noooooooo. I don't think) I've actually done quite a lot of crafty stuff but it is either something I can't show or it is rather boring and repetitive. So I'll show a couple of photos from half term and then be boring and repetitive.

We had a half a half term as I had to go to Cambridge on Tuesday and Phil had a meeting he couldn't change on Wednesday. The traffic from here to Hereford was appalling Wedsday afternoon. But even the short break was worth it. We visited Hereford cathedral for the first time. That is shocking considering Phil's mum has lived near it for 13 years. She hadn't visited either. No offense cathedral but we were a tad underwhelmed. However I use Durham Cathedral as my yardstick which is the most holy, amazing and beautiful space so you have to be brilliant to match it.
We went on long country walks 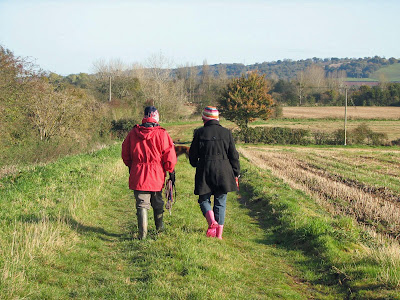 and to Bodenham Arboretum which was beautiful (and muddy) 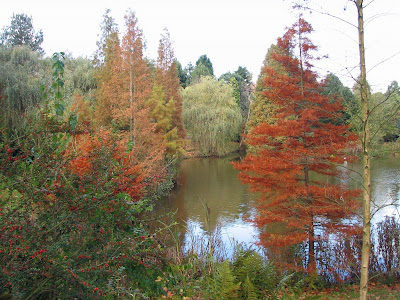 BTW you know how men are supposed to marry women who remind them of their mothers? It works with us at least from a back view!

I read some philosophy (snore) for my course and did lots of vegging too. I'm back to crafting for the church fair. Yet more SR surprise cards 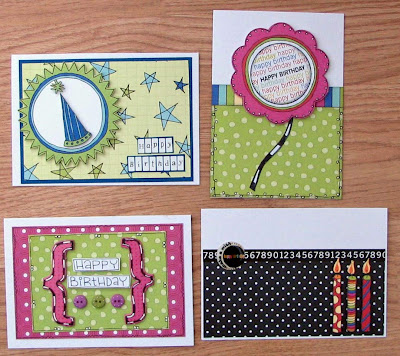 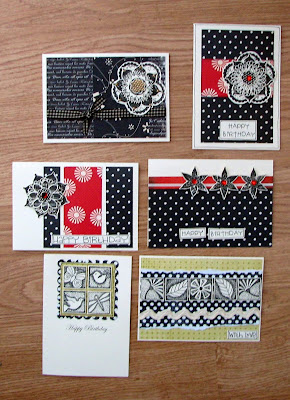 this is my fave one 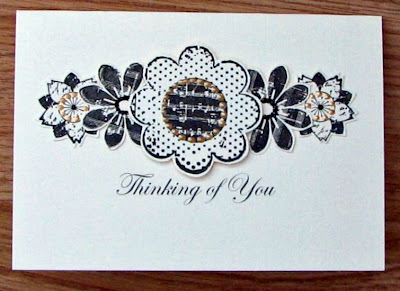 I can't beleive I made a card that looks so sophisticated!

I've made a start on my October 2007 mini (ish) album but as blogger is playing up I shall save them for another day.
Posted by Lythan at 4:15 pm

Really love all your cards, 'spesh the Surprise ones, fab!

Love all the cards..but the sophisticated one is very special! I have to admit I wouldn't have put it as yours if I'd been asked. Don't go changing your style too much, otherwise who will I aspire to be like??
Anice xx

Welcome back Lythan, I’m glad that you have a nice (short) break, your photos are lovely.

Your cards are wonderful too, especially the last one.

i love the layout of your favourite card! Please can you share with me where you got your polka dot paper from!!! been wanting to know where I can soce some! thanks

Had a lovely time this afternoon, got lots of inspiration. Working my way through your blog and I just love this card, so stylish.